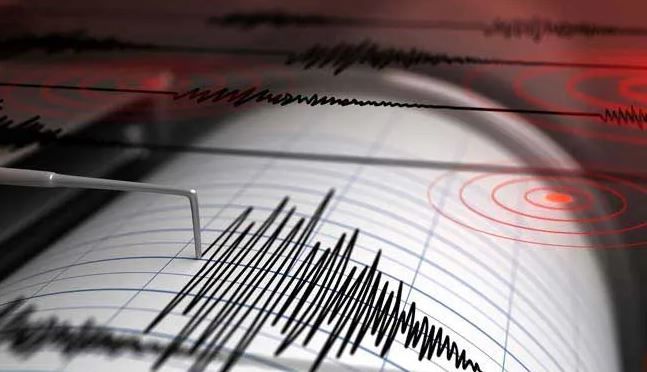 The quake hit just after 8:30 pm (1330 GMT) at a shallow depth, with an epicentre near Enggano, a small outlying island about 155 kilometres (95 miles) southwest of Sumatra's Bengkulu, the USGS said.
A 6.9-magnitude earthquake struck off western Indonesia Friday, the United States Geological Survey said, with no immediate reports of damage.

The quake hit just after 8:30 pm (1330 GMT) at a shallow depth, with an epicentre near Enggano, a small outlying island about 155 kilometres (95 miles) southwest of Sumatra's Bengkulu, the USGS said.

"We have checked with authorities on Enggano island, the closest to epicentre and they reported the earthquake was felt weakly there, so far there has been no reports on damages or casualties, but we are still doing more assessment," spokesman of the national disaster mitigation agency Abdul Muhari told AFP.

Residents in Bengkulu reached by AFP did not feel the quake, or said it was felt weakly.

"Strangely I did not feel anything at all. I was still outside, talking to my neighbour and we were not aware there was an earthquake at all," Hendri Tasparillo, 34, told AFP.

A statement of caution from the Indian Ocean Tsunami Warning and Mitigation System (IOTWMS) in India issued soon after the quake was lifted at 1439 GMT.

"Based on pre-run model scenarios, there is NO THREAT to countries in the Indian Ocean," it said.

Indonesia experiences frequent earthquakes due to its position on the Pacific "Ring of Fire", an arc of intense seismic activity where tectonic plates collide that stretches from Japan through Southeast Asia and across the Pacific basin.

In 2018, a 7.5-magnitude quake and subsequent tsunami in Palu on Sulawesi island killed more than 2,200 people.

And in 2004, a 9.1-magnitude quake struck Aceh province, causing a tsunami and killing more than 170,000 people in Indonesia.