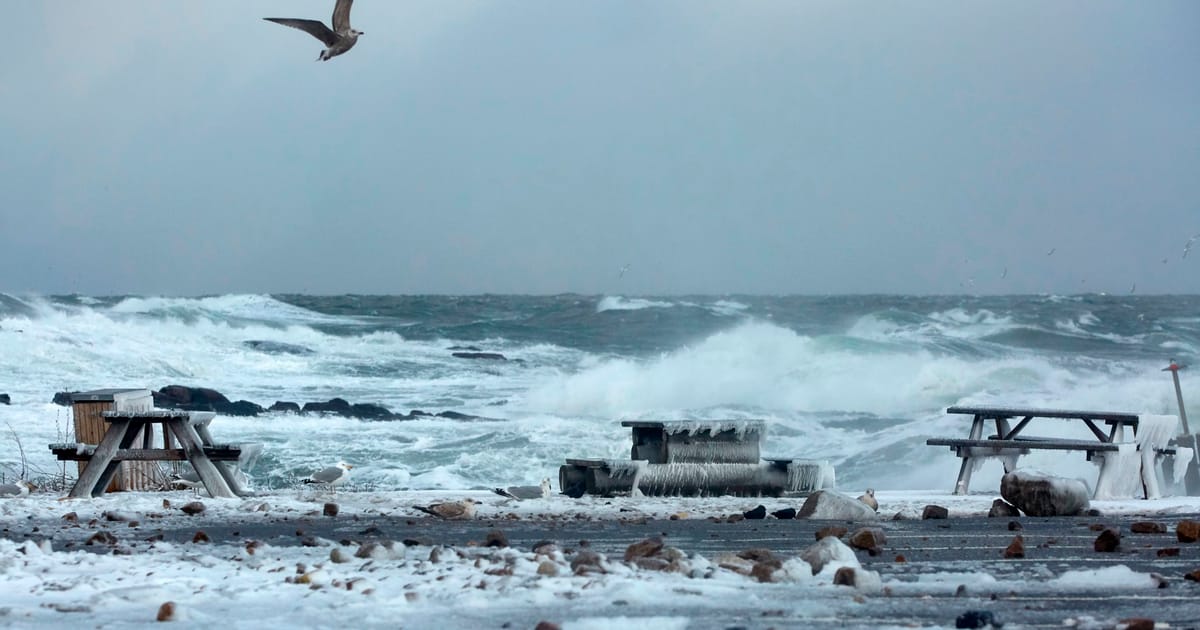 Suspected sabotage will release large amounts of methane, but it’s a ‘wee bubble’ compared with what’s emitted globally every day.

The apparent sabotage of both Nord Stream gas pipelines may be one of the worst industrial methane accidents in history, scientists said Wednesday, but it's not a major climate disaster.

Methane — a greenhouse gas up to 80 times more powerful than carbon dioxide — is escaping into the atmosphere from three boiling patches on the surface of the Baltic Sea, the largest of which the Danish military said was a kilometer across.

Here are eight key questions on the impact of the leaks.

1. How much methane was in the pipelines?

No government agency in Europe could say for sure how much gas was in the pipes.

“I cannot tell you clearly as the pipelines are owned by Nord Stream AG and the gas comes from Gazprom,” said a spokesperson for the German climate and economy ministry.

The two Nord Stream 1 pipelines were in operation, although Moscow stopped delivering gas a month ago, and both were hit. “It can be assumed that it’s a large amount” of gas in those lines, the German official said. Only one of the Nord Stream 2 lines was struck. It was not in operation but was filled with 177 million cubic meters of gas last year.

2. How much is being released?

Kristoffer Böttzauw, the director of the Danish Energy Agency, told reporters on Wednesday that the leaks would equate to about 14 million tons of CO2, about 32 percent of Denmark's annual emissions.

Germany's Federal Environment Agency estimated the leaks will lead to emissions of around 7.5 million tons of CO2 equivalent — about 1 percent of Germany's annual emissions. The agency also noted there are no "sealing mechanisms" along the pipelines, "so in all likelihood the entire contents of the pipes will escape."

Because at least one of the leaks is in Danish waters, Denmark will have to add these emissions to its climate balance sheet, the agency said.

But it is not clear whether all of the gas in the lines would actually be released into the atmosphere. Methane is also consumed by ocean bacteria as it heads through the water column.

3. How does that compare to previous leaks?

The largest leak ever recorded in the U.S. was the 2015 Aliso Canyon leak of roughly 90,000 tons of methane over months. With the upper estimates of what might be released in the Baltic more than twice that, this week's disaster may be "unprecedented," said David McCabe, a senior scientist with the Clean Air Task Force.

Jeffrey Kargel, a senior scientist at the Planetary Research Institute in Tucson, Arizona, said the leak was "really disturbing. It is a real travesty, an environmental crime if it was deliberate."

4. Will this have a meaningful effect on global temperatures?

"The amount of gas lost from the pipeline obviously is large," Kargel said. But "it is not the climate disaster one might think."

Annual global carbon emissions are around 32 billion tons, so this represents a tiny fraction of the pollution driving climate change. It even pales in comparison to the accumulation of thousands of industrial and agricultural sources of methane that are warming the planet.

“This is a wee bubble in the ocean compared to the huge amounts of so-called fugitive methane that are emitted every day around the world due to things like fracking, coal mining and oil extraction,” said Dave Reay, executive director of the Edinburgh Climate Change Institute.

Lauri Myllyvirta, lead analyst at the Centre for Research on Energy and Clean Air, said it was roughly comparable to the amount of methane leaked from across Russia’s oil and gas infrastructure on any given working week. 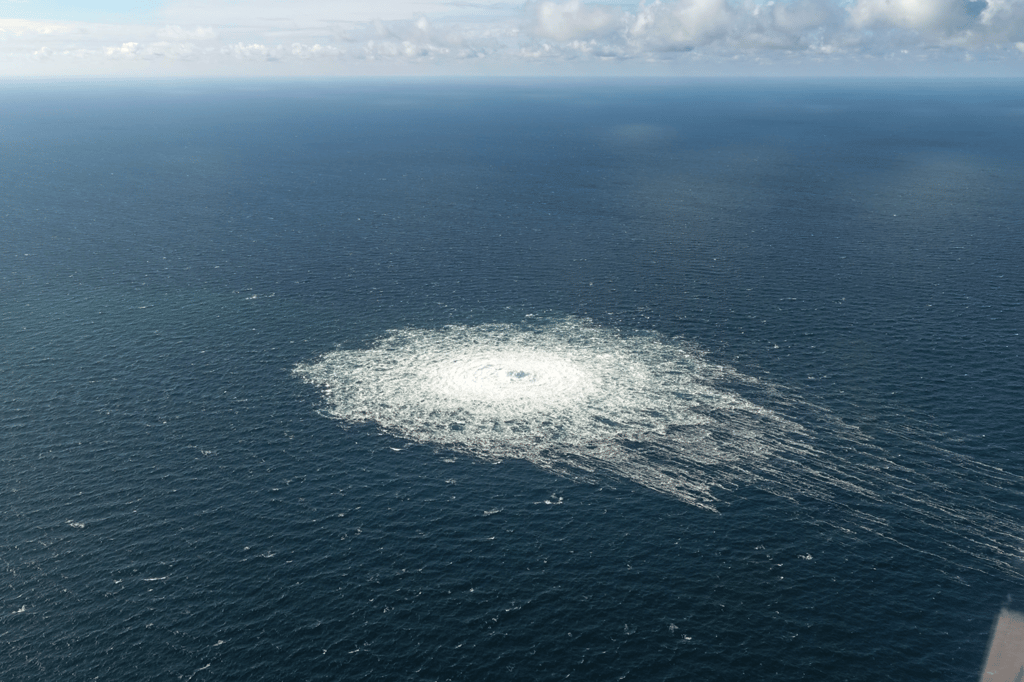 5. Is the local environment affected?

While the gas is still leaking, the immediate vicinity is an extremely dangerous place. Air that contains more than 5 percent methane can be flammable, said Gregor Rehder, a marine biogeochemist and chemical oceanographer at the Leibniz-Institute for Baltic Sea Research, so the risk of an explosion is real. Methane is not a toxic gas, but high concentrations can reduce the amount of available oxygen.

Shipping has been restricted from a 5 nautical mile radius around the leaks. This is because the methane in the water can affect buoyancy and rupture a vessel’s hull.

Marine animals near the escaping gas may be caught up and killed — especially poor swimmers such as jellyfish, said Rehder. But long-term effects on the local environment are not anticipated.

“It's an unprecedented case,” he said. “But from our current understanding, I would think that the local effects on marine life in the area is rather small.”

Some have suggested that the remaining gas should be pumped out, but a German economy and climate ministry spokesperson on Wednesday said this wasn't possible.

Once the pipeline has emptied, "it will fill up with water," the spokesperson added. "At the moment, no one can go underwater — the danger is too great due to the escaping methane."

Any repair would be the responsibility of pipeline owner Nord Stream AG, the Germans said.

7. Should they set it on fire?

Not only would it look impressive, setting the gas on fire would hugely slash the global warming impact of the leak. Methane is made of carbon and hydrogen, when burned it creates carbon dioxide, which is between 30 and 80 times less planet-warming per ton than methane. Flaring, as it is known, is a common method for reducing the impact of escaping methane.

From a pure climate perspective, setting the escaping methane on fire makes sense. “Yes, definitely — it will help,” said Piers Forster, director of the Priestley International Centre for Climate at the University of Leeds.

But there would be safety issues and potential environmental concerns, including air pollution from the combustion. "With land — in particular the inhabited and touristic island of Bornholm — nearby, you would not venture into this," said Rehder.

No government has yet indicated that this is under consideration.

8. How long will it last and what next?

“We expect that gas will flow out of the pipes until the end of the week. After that, first of all, from the Danish side, we will try to get out and investigate what the cause is, and approach the pipes, so that we can have it investigated properly. We can do that when the gas leak has stopped,” Danish Energy Agency director Böttzauw told local media.