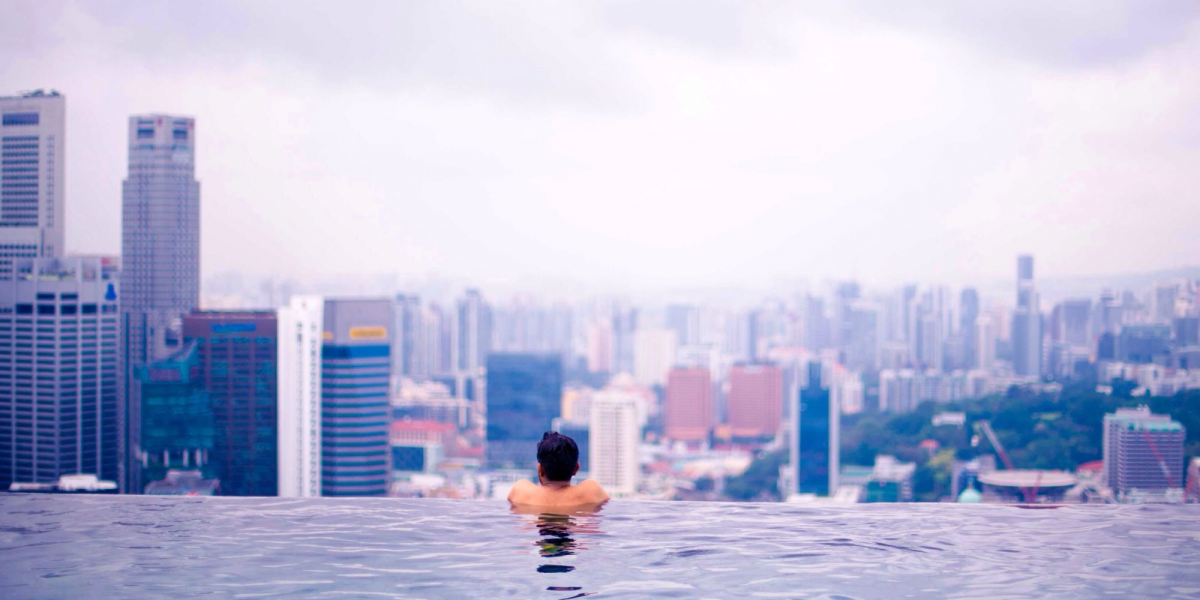 A British expat in Singapore is paying $7,000 a month to swim in a pool during quarantine

A British man living in Singapore was on the brink of losing access to his condominium pool due to social distancing guidelines. He decided to rent access to a neighbor’s pool at a vacant property for 10,000 Singapore dollars, or $7,040, a month, Bloomberg reported.
A British expat living in Singapore made a pricey purchase to avoid losing access to his condominium’s pool during the strict lockdown, Bloomberg reported.

The man, who is not named in the report, reached out to real estate agents to find a rental property with a pool. When he found a $30 million bungalow in Sentosa Cove, an upscale residential area on an island off Singapore’s south coast, he decided the $30,000 monthly rent a bit too high, real estate agent Lester Chen told Bloomberg.

“I asked the man why he wanted to rent the bungalow. Is it because of space restraint in his current home?” Chen told the outlet. “The man replied that he just wanted to use the pool because his was closed due to the lockdown.”

Since his client only wanted to use the pool in the Bali-themed house, Chen got creative to reach an agreement with the owner of the property in which he would lease out the pool and garden on a short-term basis of three months and would void the deal if someone else wanted to rent the entire bungalow.

“I’ve rented out offices, factories, apartments, and bungalows. But never just the amenities in a home,” he told Bloomberg. “This was a first.”

The man is now renting just the pool for $7,000 a month, which doesn’t grant him and his family access to the house itself but allows them to enter the pool area through a side gate.

Real estate agent Lester Chen told Bloomberg that the arrangement was “a first,” but he has been fielding requests from others looking to rent luxury bungalows for their private pools and gardens amid the city-state’s strict lockdown measures.

Chen told Bloomberg that this client isn’t alone in his quest for pool access during social distancing in Singapore, which is known for its billionaire residents, including real-estate magnates and investors. With gyms closed and public loitering banned, Chen has received requests from other individuals looking to rent bungalows in Sentosa Cove for their private pools and gardens.

Singapore’s quick response in the early days of the world’s coronavirus outbreak was initially lauded for being quick and efficient but has since seen a second wave in new coronavirus cases that sparked full lockdown orders until at least June 1.

As of Tuesday, the city-state had more than 14,000 confirmed cases of the coronavirus, but only 14 reported deaths, according to data from Johns Hopkins University.