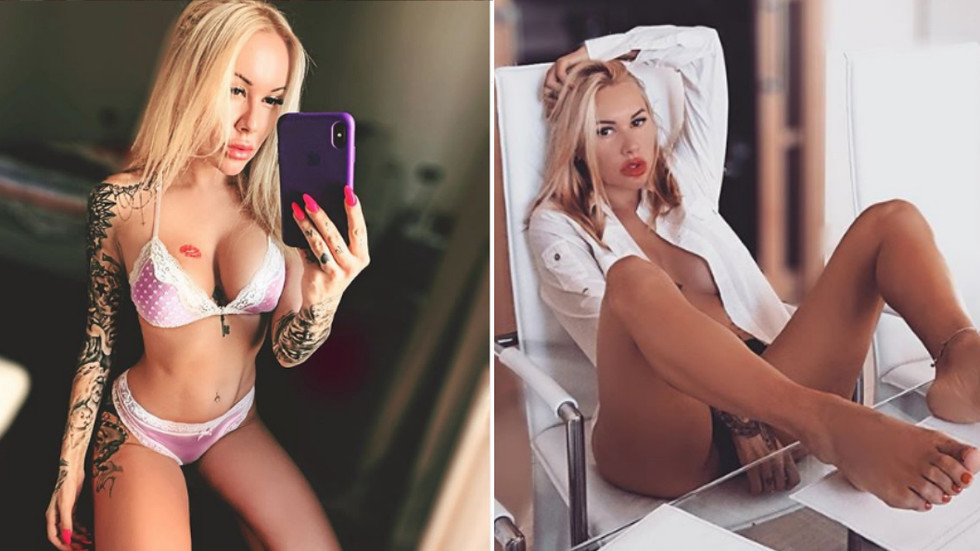 The wife of Ukrainian international footballer Mykola Moroziuk could be threatened with jail for abuse of state symbols after she sang Ukraine’s national anthem while showing her underwear, according to a lawyer.

Irina Moroziuk shared the controversial post on February 1, sending her social media followers into a frenzy.

The video, which has been circulating online, shows Moroziuk wearing a tight-fitting blue top and low-sitting baggy trousers which exposed her yellow underwear – revealing a color scheme which matched that of the Ukrainian flag.

The blonde can be seen looking into the mirror and proudly singing Ukraine’s national anthem.

But Moroziuk’s outfit was deemed inappropriate by many, who condemned her for singing the anthem while flashing her lingerie.

According to Ukrainian lawyer Yuriy Yurchenko, she could even face up to three years in prison for abusing state symbols.

“According to Article 338 of the Criminal Code of Ukraine, abuse of state symbols is punishable by a fine of up to 50 tax-free minimum incomes, or arrest for up to 6 months or arrest for up to 3 years,” Yurchenko was quoted as saying by Ukrainian outlet Champion.

So far no accusations have been brought against Moroziuk, who is famous for her eccentric social media posts which often go viral not only in Ukraine, but all over the world.

Moroziuk’s husband Mykola is a defender for the Turkish Super Lig team Çaykur Rizespor, and has been capped 13 times by the Ukrainian national team.