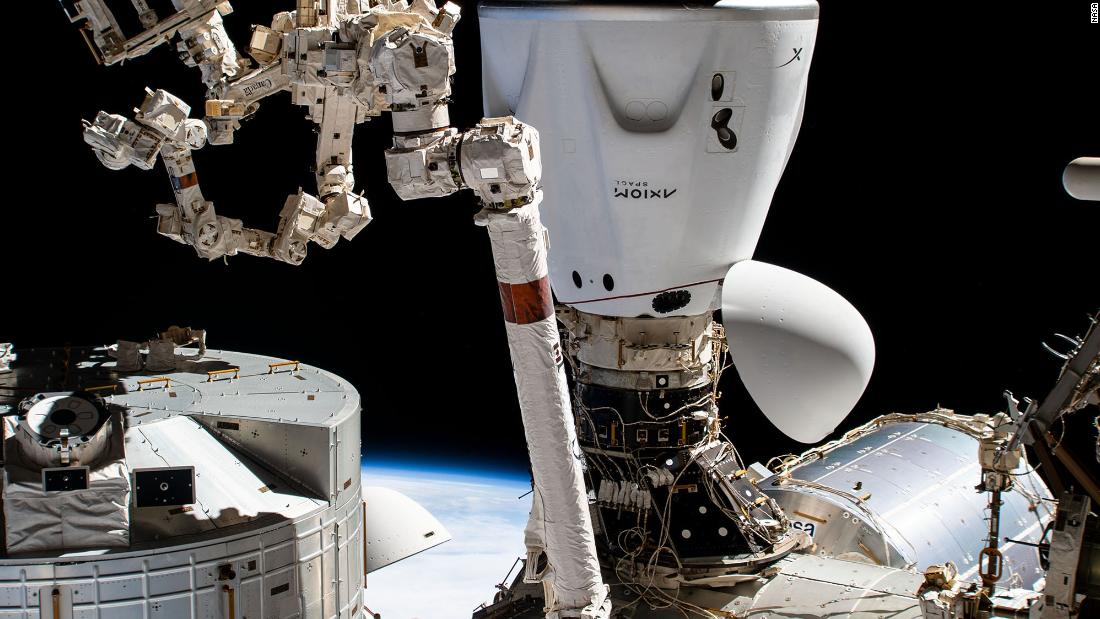 The first all-private mission to the International Space Station is slated to complete the final leg of its journey in the next few days, capping off what turned into a longer-than-expected journey after bad weather kept the passengers on the space station for several extra days.

The mission, called AX-1, was brokered by the Houston, Texas-based startup Axiom Space, which books rocket rides, provides all the necessary training, and coordinates flights to the ISS for anyone who can afford it.

The four crew members — Michael López-Alegría, a former NASA astronaut-turned-Axiom employee who is commanding the mission; Israeli businessman Eytan Stibbe; Canadian investor Mark Pathy; and Ohio-based real estate magnate Larry Connor — are slated to leave the space station aboard their SpaceX Crew Dragon capsule on Sunday at 8:55 pm ET. That's another 24-hour delay from what NASA and Axiom were targeting on Saturday.

They now plan to spend a day free flying through orbit before plummeting back into the atmosphere and parachuting to a splashdown landing off the coast of Florida at about 1 pm ET Monday, according to a tweet from Kathy Lueders, the head of NASA's human spaceflight program.

AX-1, which launched on April 8, was originally billed as a 10-day mission, but delays have extended the mission by about a week.

During their first 12 days on the space station, the group stuck to a regimented schedule, which included about 14 hours per day of activities, including scientific research that was designed by various research hospitals, universities, tech companies and more. They also spent time doing outreach events by video conferencing with children and students.

The weather delays then afforded to them "a bit more time to absorb the remarkable views of the blue planet and review the vast amount of work that was successfully completed during the mission," according to Axiom.

It's not clear how much this mission cost. Axiom previously disclosed a price of $55 million per seat for a 10-day trip to the ISS, but the company declined to comment on the financial terms for this specific mission beyond saying in a press conference last year that the price is in the "tens of millions."

The mission has been made possible by very close coordination among Axiom, SpaceX and NASA, since the ISS is government-funded and operated. And the space agency has revealed some details about how much it charges for use of its 20-year-old orbiting laboratory.

For each mission, bringing on the necessary support from NASA astronauts will cost commercial customers $5.2 million, and all the mission support and planning that NASA lends is another $4.8 million. While in space, food alone costs an estimated $2,000 per day, per person. Getting provisions to and from the space station for a commercial crew is another $88,000 to $164,000 per person, per day.

But the extra days the AX-1 crew spent in space due to weather won't add to their own personal overall price tag, according to a statement from NASA.

"Knowing that International Space Station mission objectives like the recently conducted Russian spacewalk or weather challenges could result in a delayed undock, NASA negotiated the contract with a strategy that does not require reimbursement for additional undock delays," the statement reads.

It's not the first time paying customers or otherwise non-astronauts have visited the ISS, as Russia has sold seats on its Soyuz spacecraft to various wealthy thrill seekers in years past. 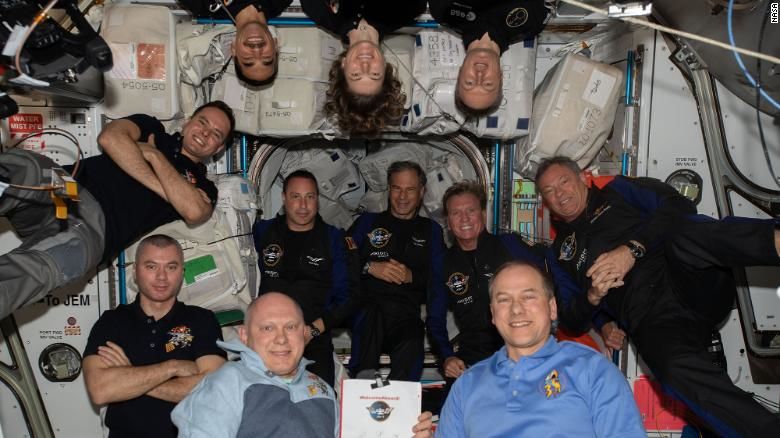 But AX-1 is the first mission with a crew entirely comprised of private citizens with no active members of a government astronaut corps accompanying them in the capsule during the trip to and from the ISS. It's also the first time private citizens have traveled to the ISS on a US-made spacecraft.

The mission has set off yet another round of debate about whether people who pay their way to space should be referred to as "astronauts," though it should be noted a trip to the ISS requires a far larger investment of both time and money than taking a brief suborbital ride on a rocket built by companies like Blue Origin or Virgin Galactic.

López-Alegría, a veteran of four trips to space between 1995 and 2007 during his time with NASA, had this to say about it: "This mission is very different from what you may have heard of in some of the recent — especially suborbital — missions. We are not space tourists. I think there's an important role for space tourism, but it is not what Axiom is about."

Though the paying customers will not receive astronaut wings from the US government, they were presented with the "Universal Astronaut Insignia" — a gold pin recently designed by the Association of Space Explorers, an international group comprised of astronauts from 38 countries. López-Alegría presented Stibbe, Pathy and Connor with their pins during a welcome ceremony after the group arrived at the space station.