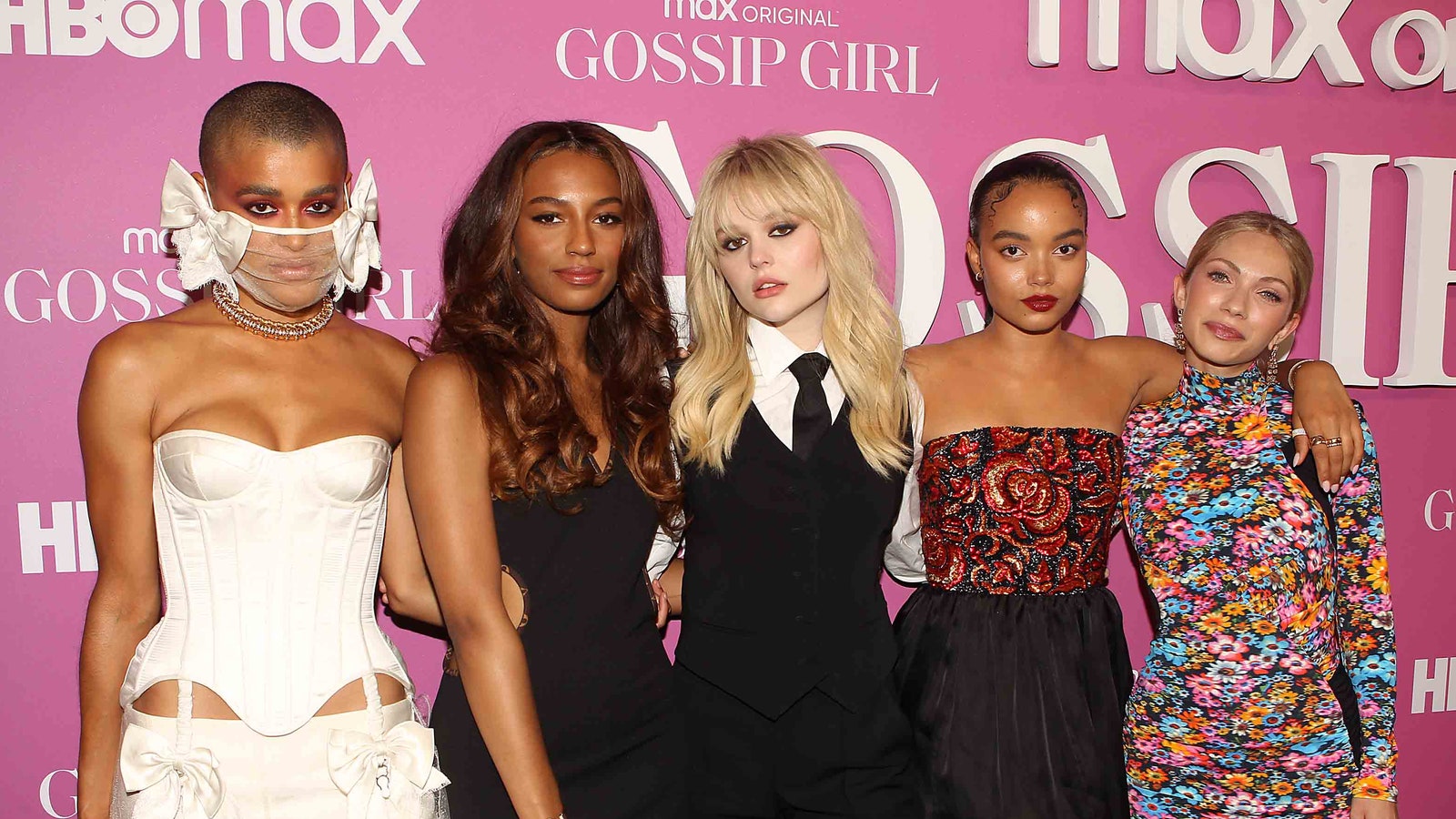 All the Cool Kids Were at the "Gossip Girl" World Premiere

Neither rain nor curfew could stop all the new class of Upper East Siders from coming out to a fabulous party.

“This f—ing cast!” mused Josh Safran. Indeed, the executive producer said what everyone else was thinking in his speech at the world premiere of Gossip Girl on Wednesday night. He was speaking about the boldface names like Tavi Gevinson, Thomas Doherty, Evan Mock, and Zion Moreno in the series reboot’s opening credits and in the front row at the screening-you know you love them. The new ruling class of teenage rich kids is young, beautiful, and, as some headlines have put it, fabulously “queer AF.” And unlike the OG Gossip Girl cast, this isn’t just some Hollywood cadre of pretty young things. These are rockstars and skaters. Influencers and bloggers. Models, musicians, and manic youth. This is Gen-Z (and they certainly ruled last night).

As anyone at Constance Billard can attest, the resident Queen B is “Julien Calloway.” Played by Jordan Alexander, the actress sent cameras flashing when she arrived on the not red, but pink, carpet laced into a corseted bustier, her hipbones peeking out from dangerously low wide-leg pants. (On her arm was girlfriend Livia Rose Johnson, who admitted to channeling Rihanna in a pink sheer maxi dress that revealed a metallic thong bikini underneath.) “This look is giving debut, it’s giving bridal kink,” Alexander shared through a custom white mesh face mask with outsize bows. “Tonight, I wanted to tell that story of an innocent girl on the block who is also very Gossip Girl,” she said before quipping, “and no one is innocent on Gossip Girl!”

Without giving away any serious spoilers, the first episode comes off the heels of the pandemic. It’s September, which means the teens are prepping for the first day back to school-and, of course, New York Fashion Week-all the while turning the halls into their own personal runway. The rules for surviving, or rather, thriving in this Upper East Side universe are dizzying and include: “Sant Ambroeus or Euro for coffee, Starbucks for group orders.” “Mezzaluna not Serafina.” “Sweetgreen, but for pickup only.” “JG Melon for burgers (though they check IDs).”

Gossip Girl–approved fare even turned up at the after-party on the rooftop at Spring Studios. The cast and crew were joined by a gaggle of influencers, who flitted about in streetwear or sequins (for this crowd, there is no in-between). With the Manhattan skyline as the backdrop, glamorous iPhone-wielding guests Grammed, storied, tweeted, and TikTok-ed their way around towering stacks of Joe’s Pizza boxes and, yes, those delicious JG Melon burgers, while others lounged on long white couches much like how the cool kids lounge on the steps of the Metropolitan Museum of Art.

With a storm brewing in the distance, everyone soon shifted to the cocktail bar downstairs; after all, neither rain nor curfew can stop this group from turning out and turning up. As for how late the revelry stretched into the night? Well, to borrow a phrase: That’s a secret we’ll never tell. 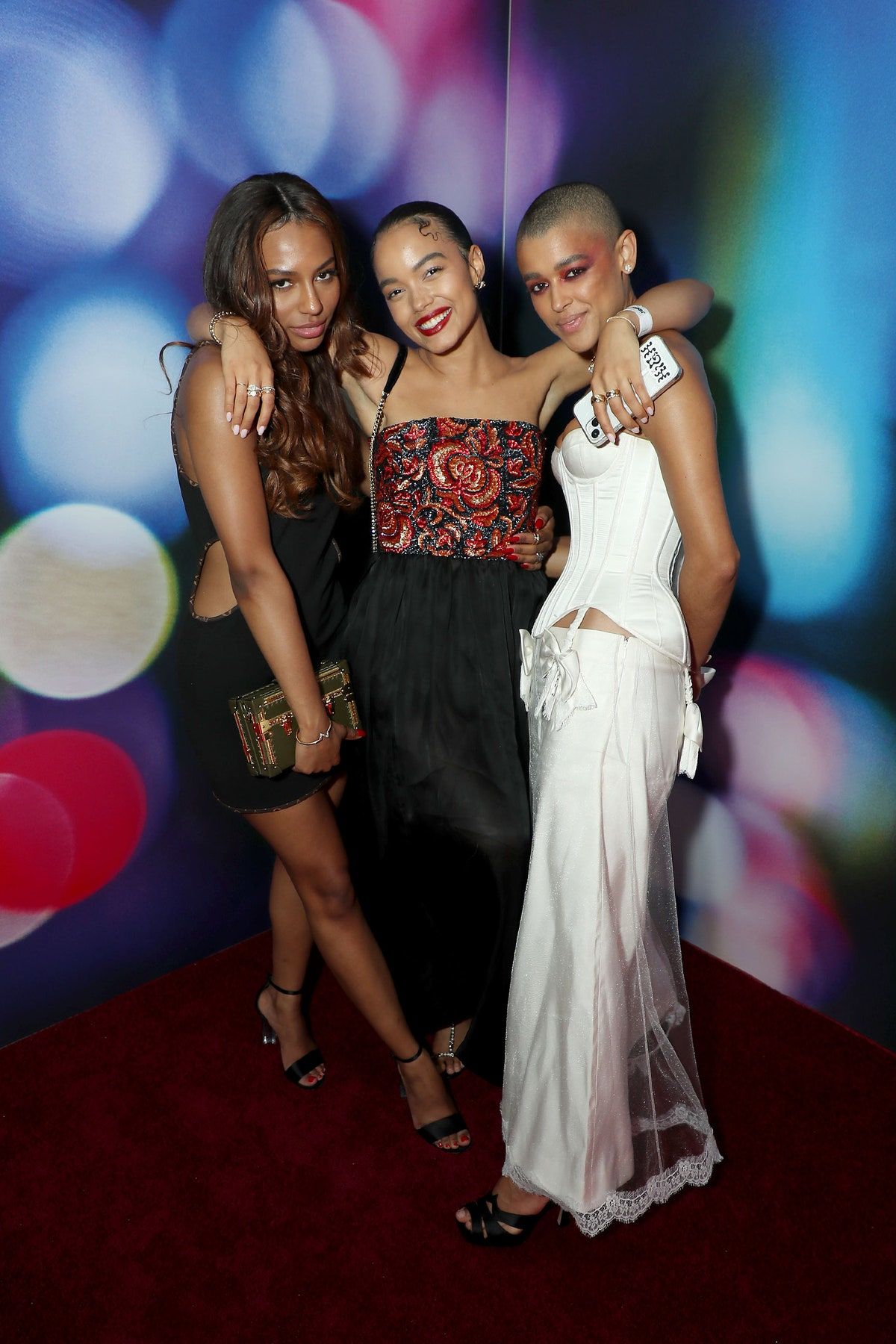 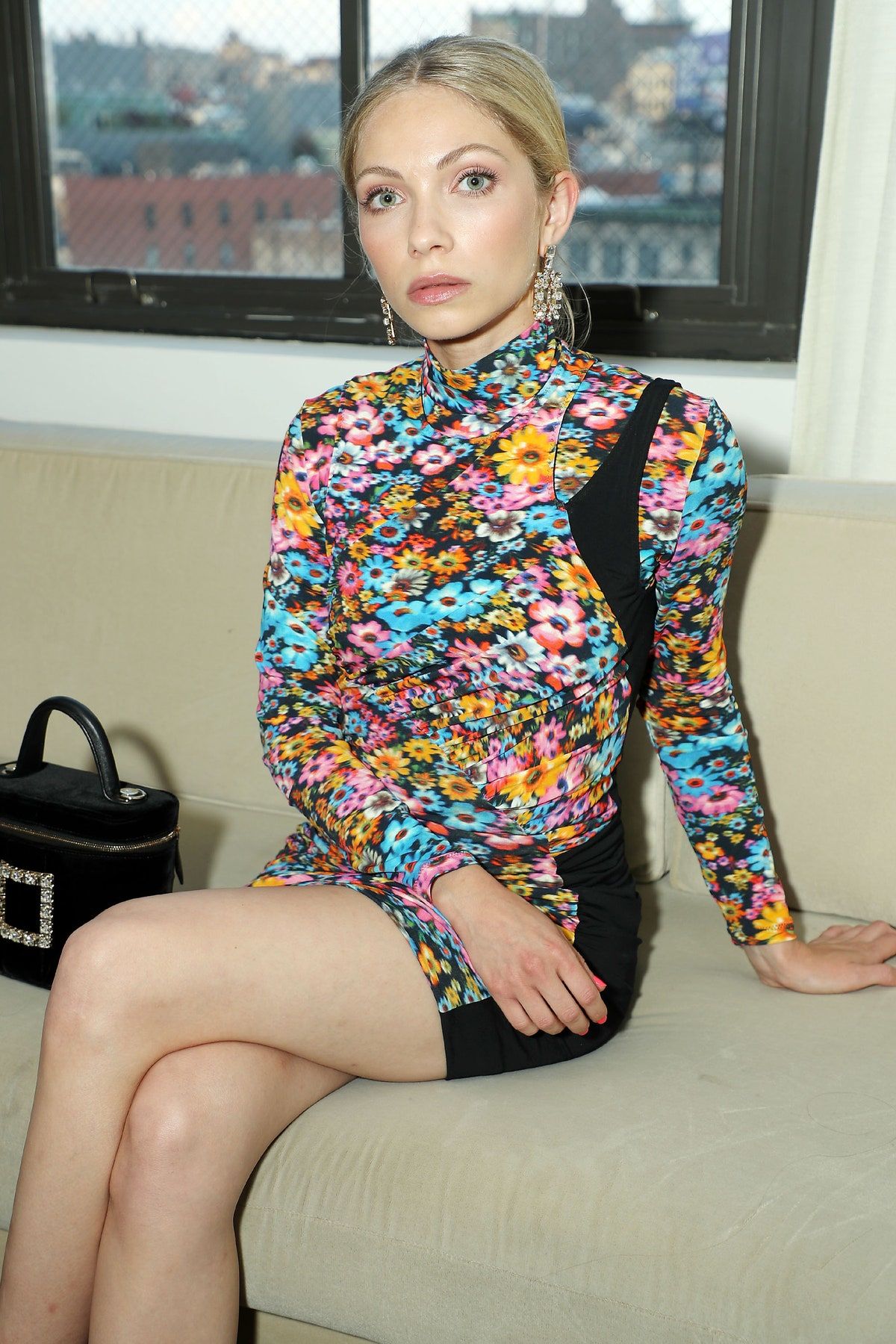 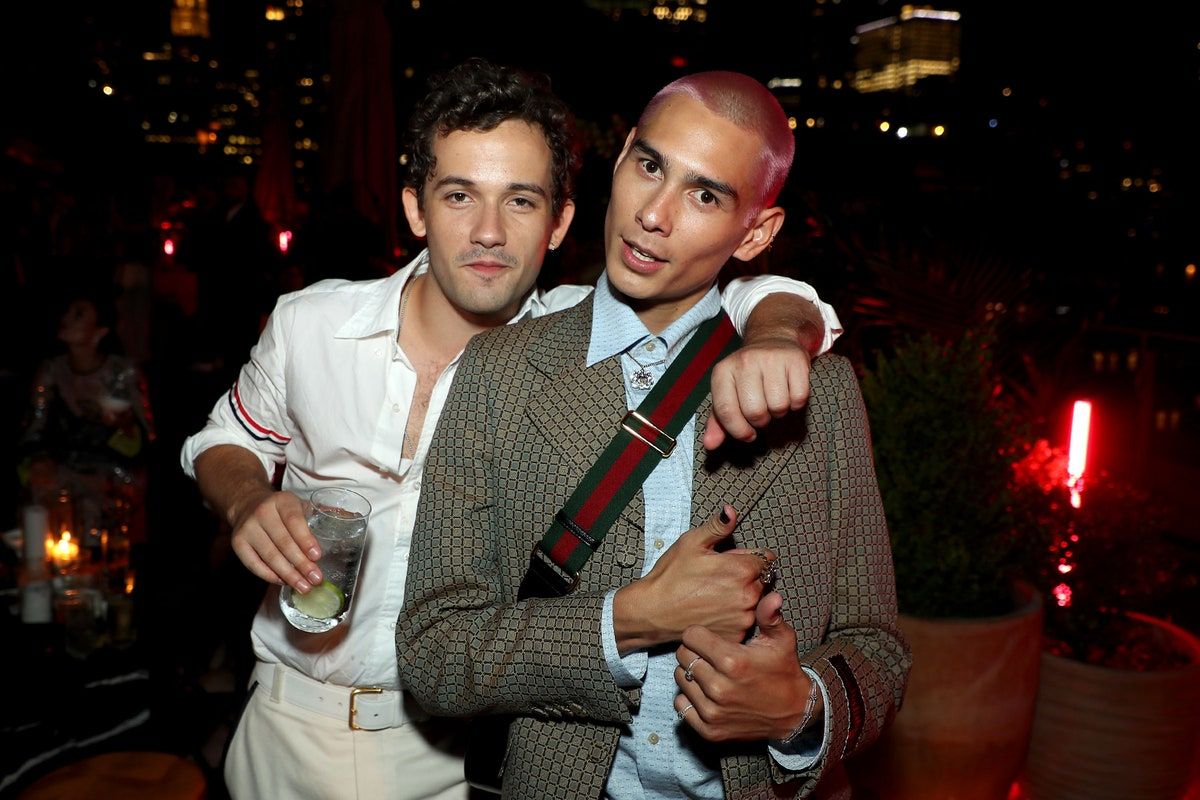 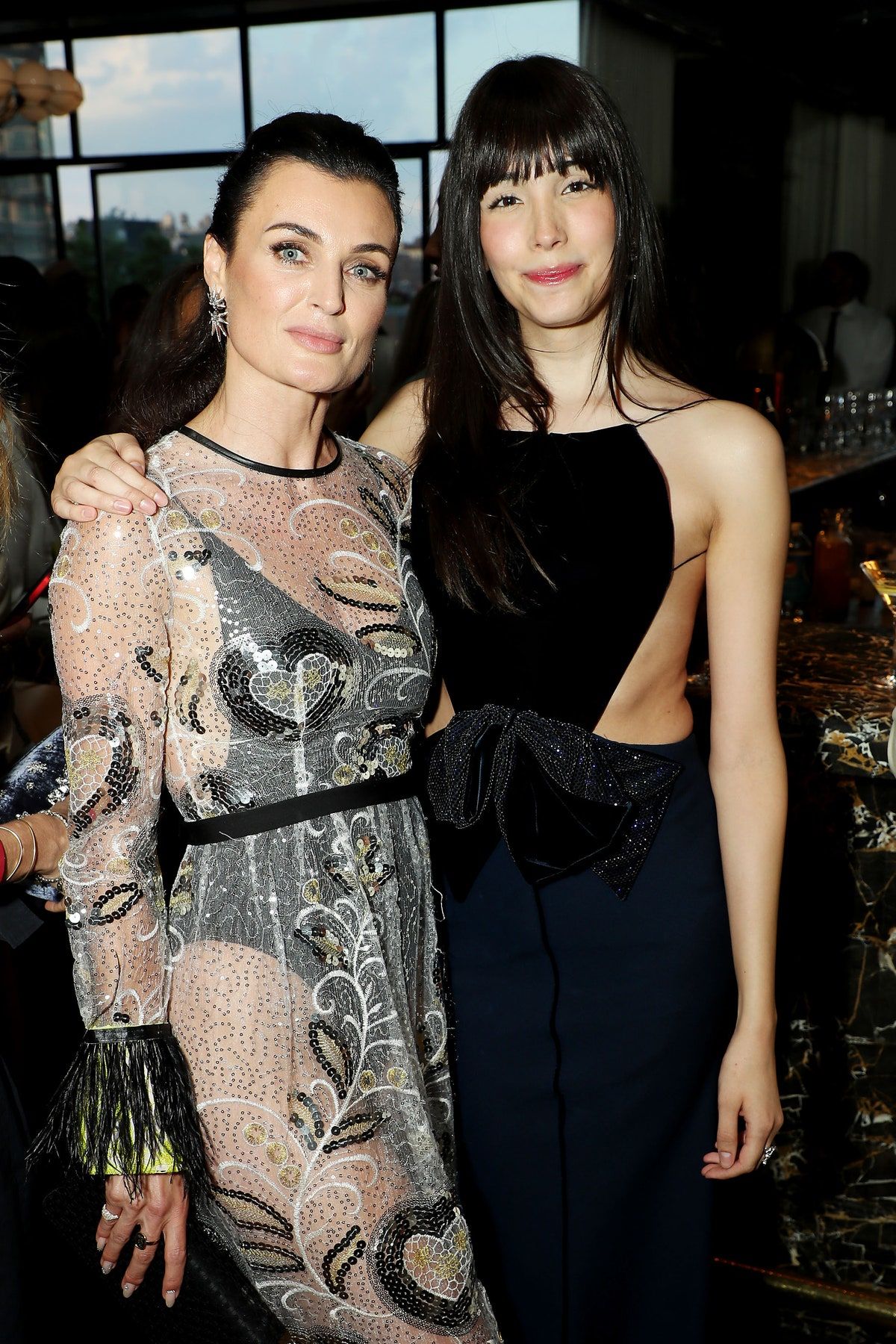 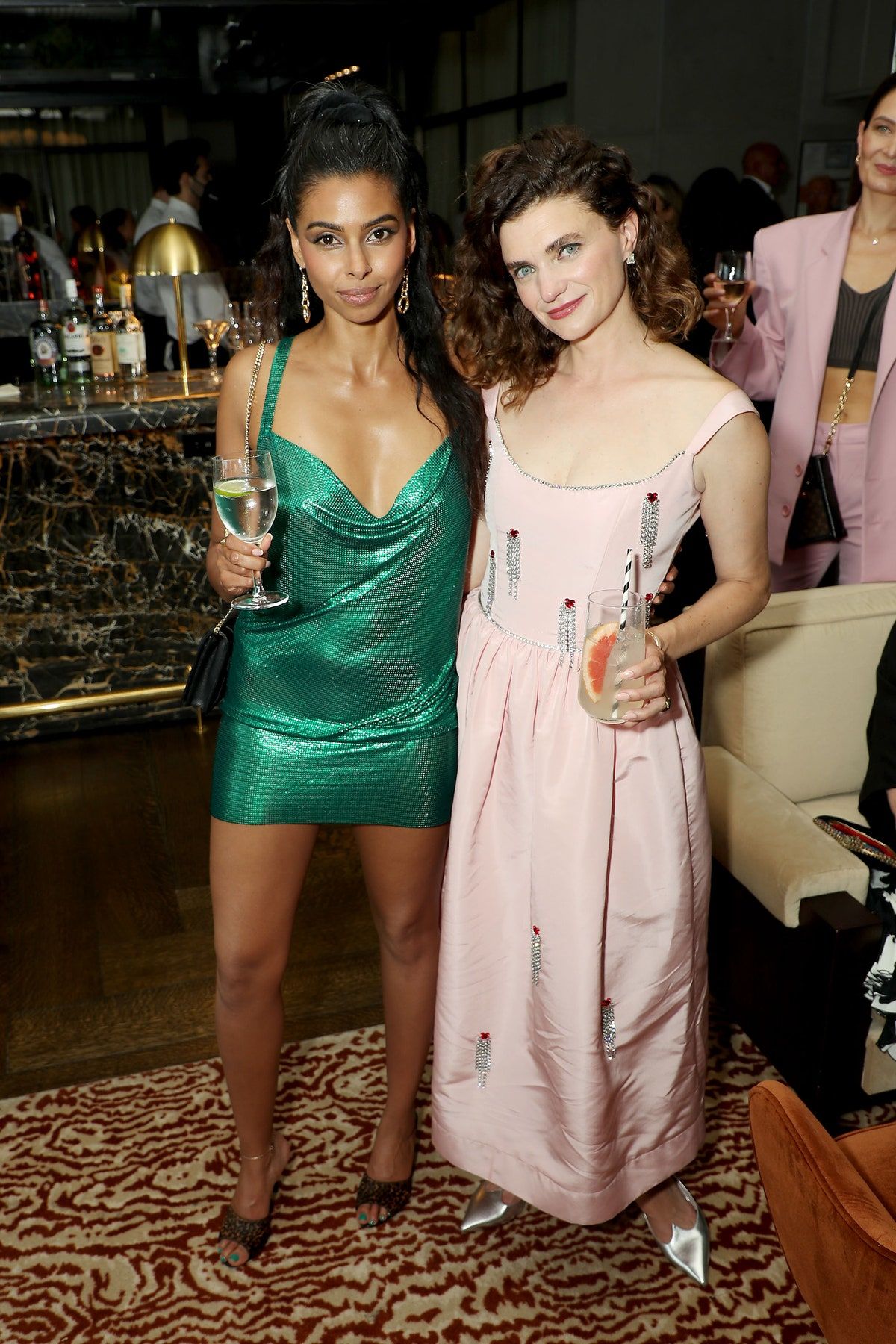 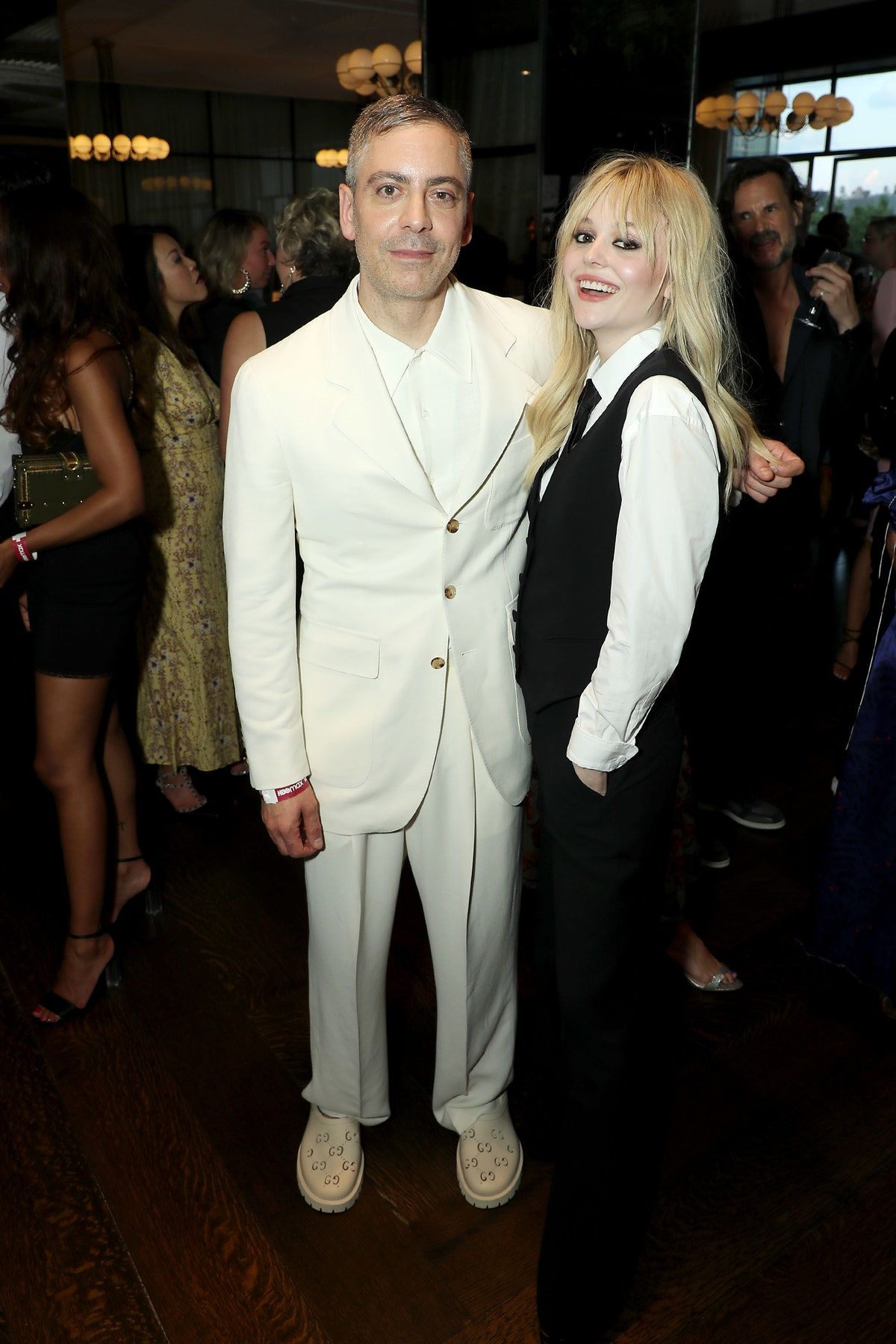 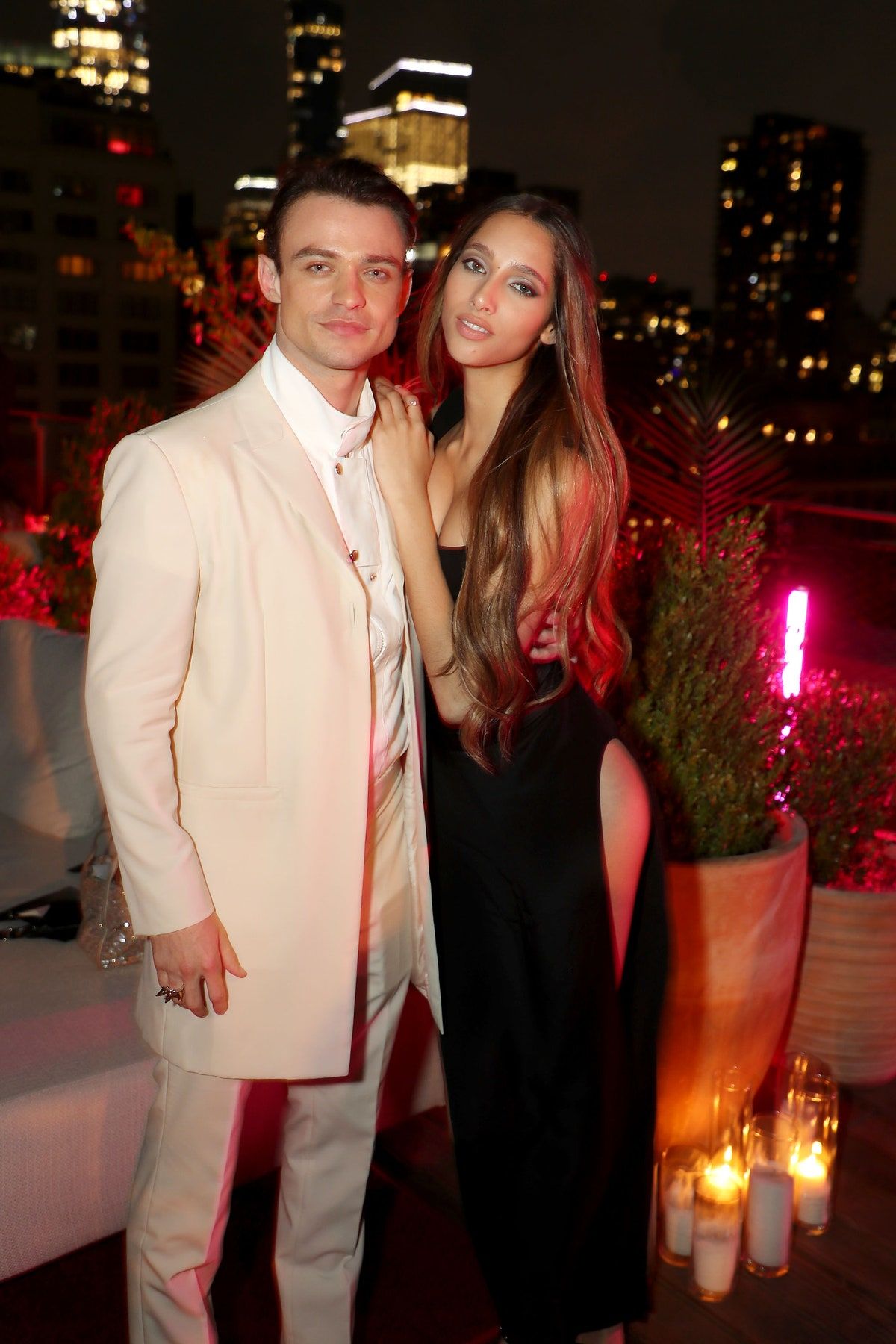 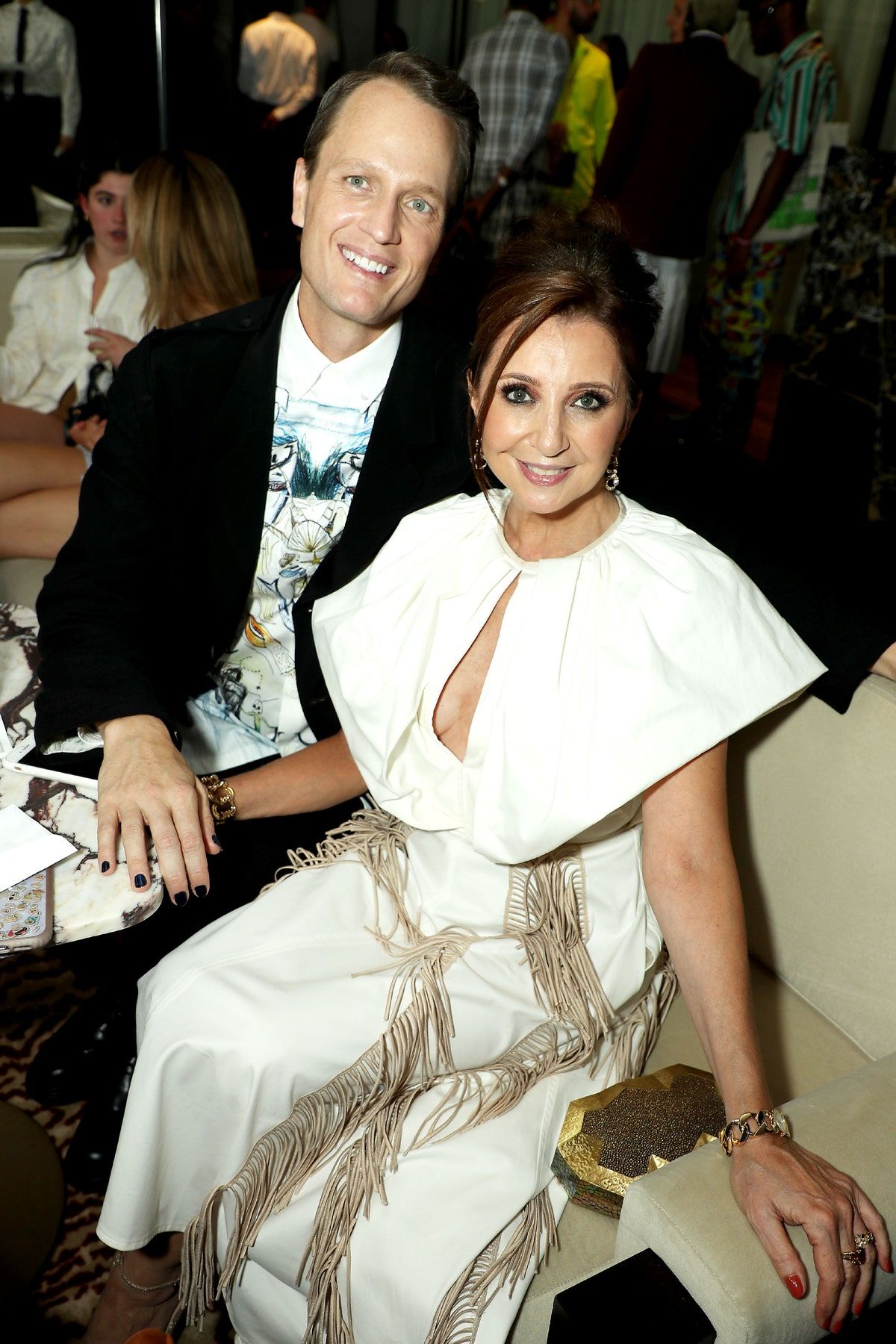 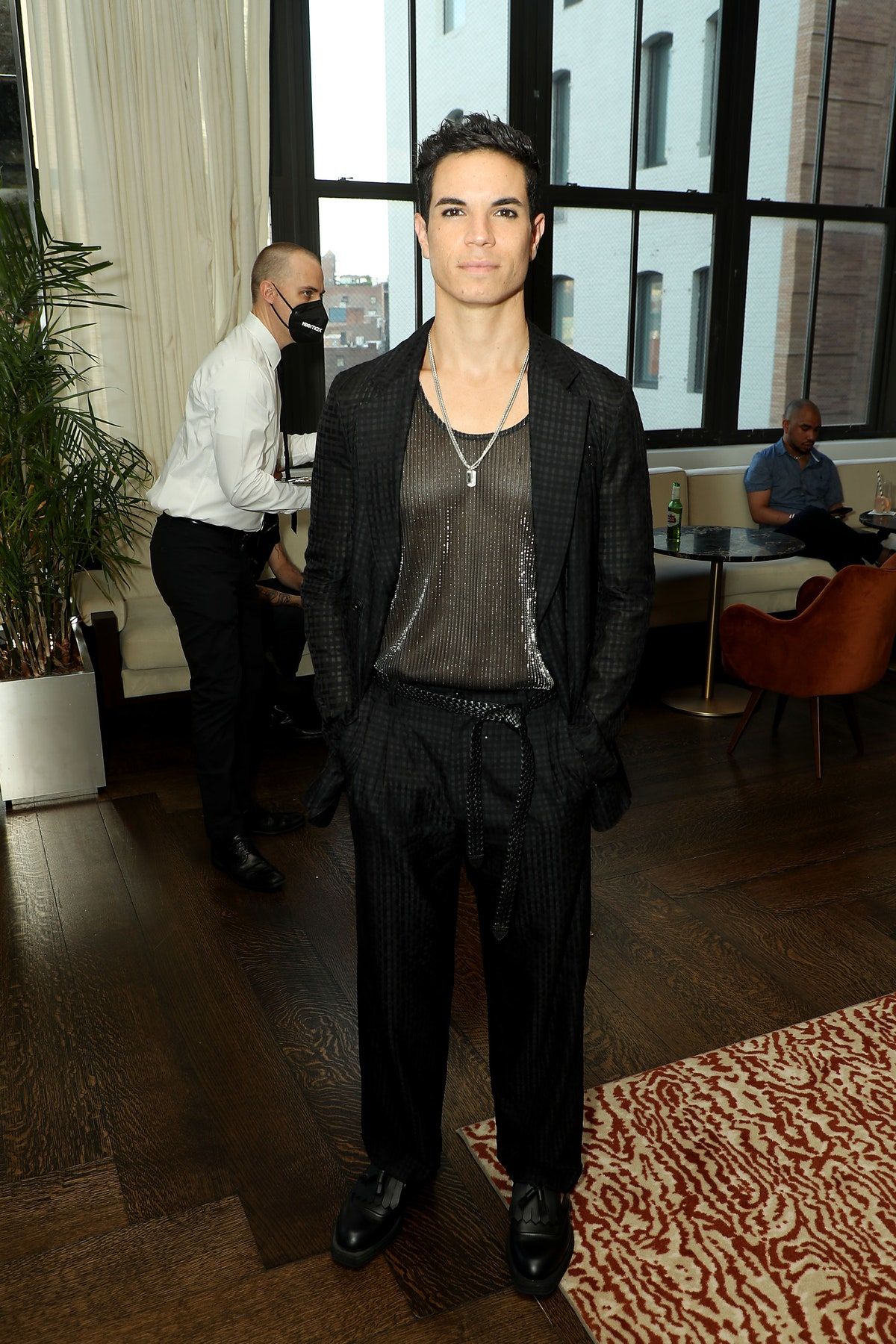 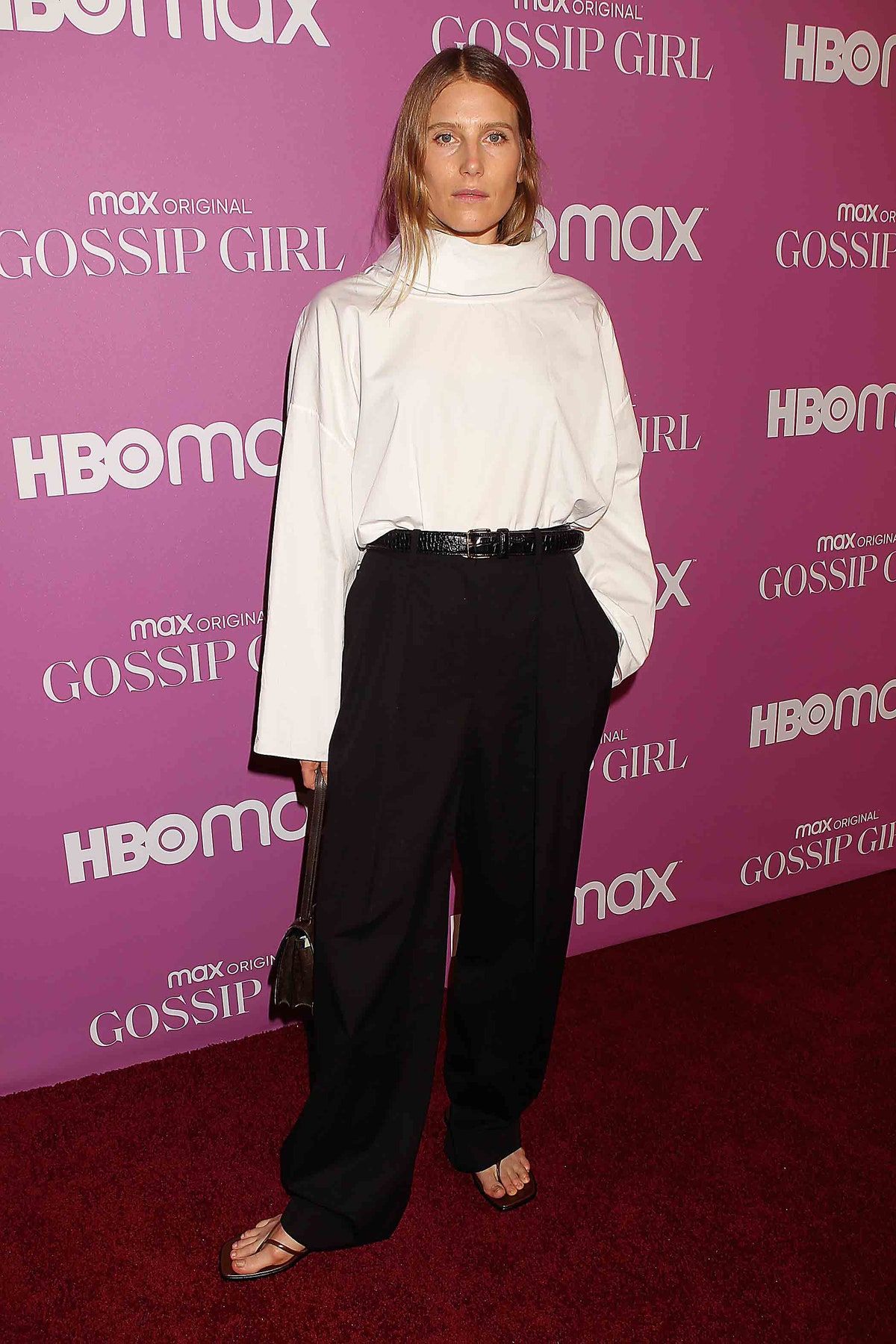 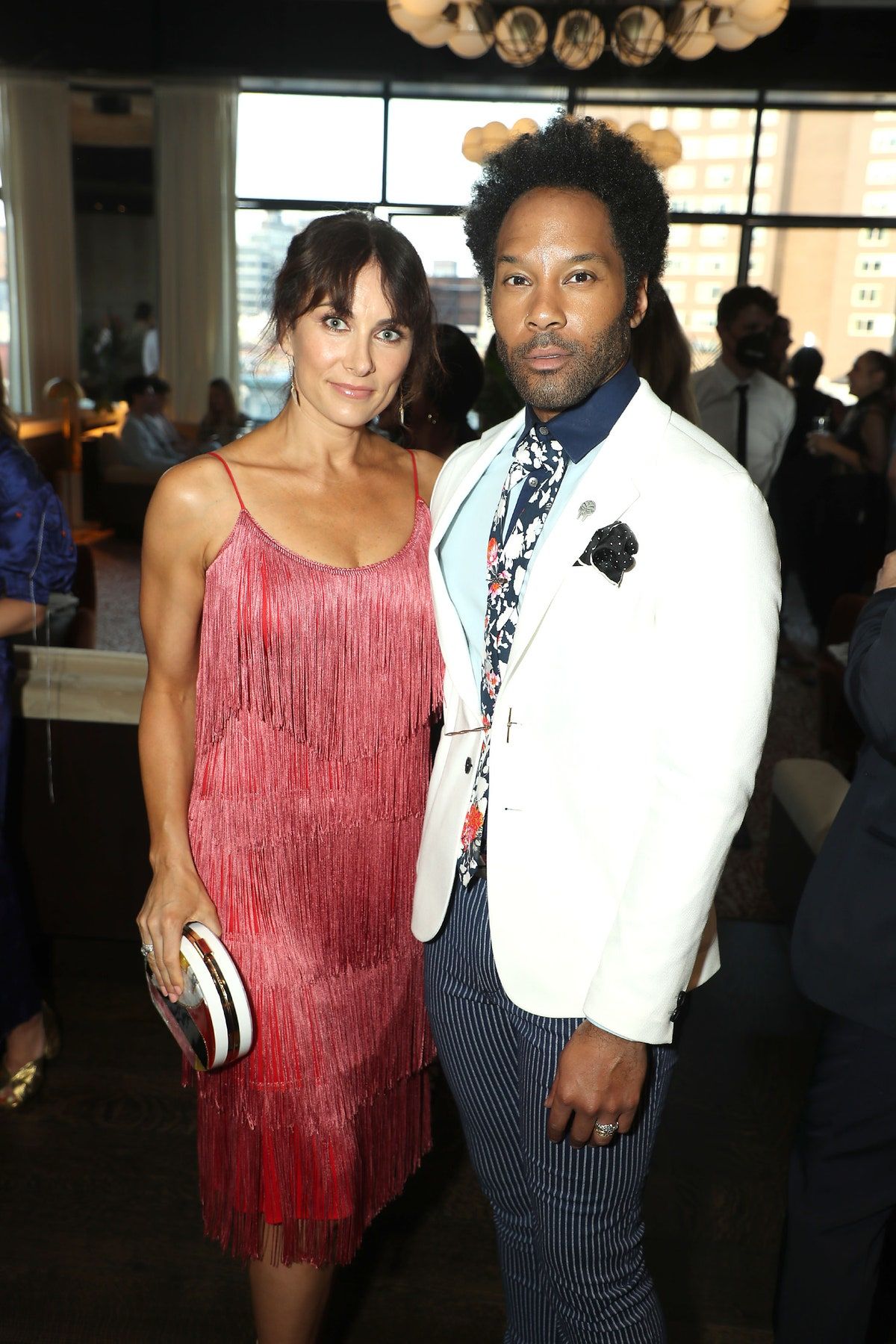