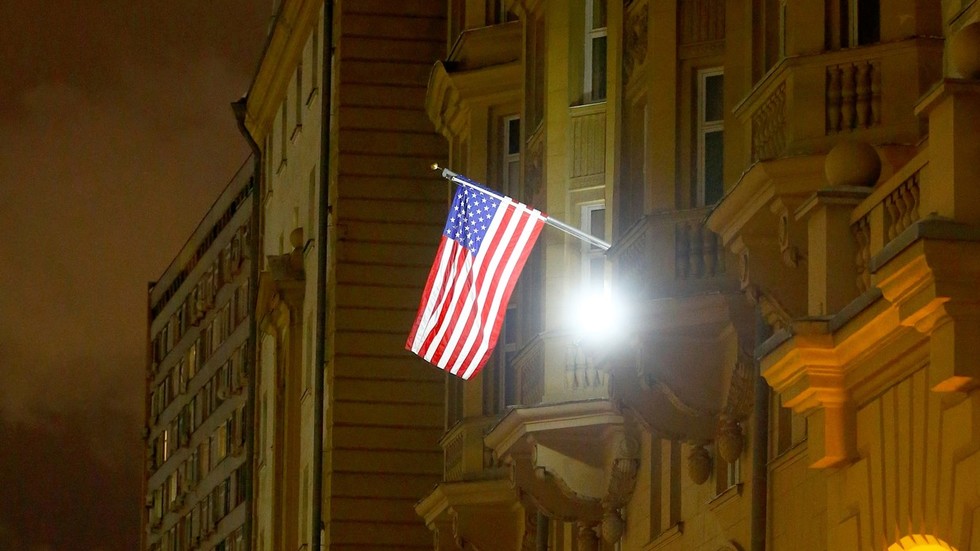 American Embassy in Moscow is no longer safe – ambassador

John Sullivan blames Russian authorities for the deterioration of his working conditions
The safety of the American Embassy in Moscow is severely threatened by restrictions imposed on diplomats by the Russian authorities, the US ambassador claimed on Sunday.

Speaking to Politico, John Sullivan complained that the diplomatic mission has serious maintenance problems due to a lack of personnel.

“If the expulsions by the Russian government continue, it will be very difficult to continue to function safely as an embassy,” Sullivan claimed.

“My biggest concern is that our infrastructure is aging, and important systems need to be maintained or replaced, and we can’t get visas from the Russian government for trained personnel to do the work,” he continued.

According to Sullivan, there have been problems with “elevators, generators, electrical transformers, fuel tanks, and water pumps,” which could cause health and safety issues.

Sullivan, who has also been forced to leave his family behind in the US, revealed that, over the past five years, the number of US embassy personnel has fallen from 1,200 to 150.

“The halls and offices of the embassy are mostly quiet today, unfortunately,” lamented the official. “There are entire floors of the embassy that are not occupied – row after row of empty cubicles, and long hallways with dark offices on either side.”

Russian-American relations soured in 2014 following the events in Ukraine. Since then, the two countries have been engaged in tit-for-tat pressure on each other’s embassies, resulting in staff cuts and seizure of diplomatic property.