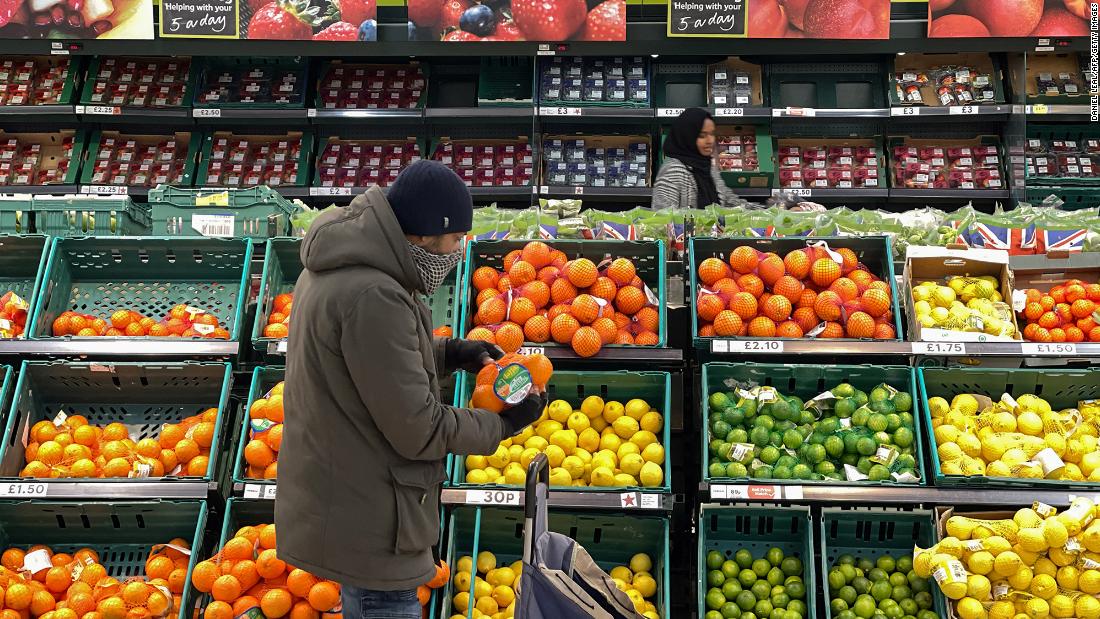 Prime Minister Boris Johnson is fond of saying the United Kingdom has the fastest growing economy in the G7.

The prime minister can back up his claim with data published by Britain's Office for National Statistics (ONS) on Friday, which showed the United Kingdom had the fastest growing economy of the Group of Seven nations over last year as a whole.

UK gross domestic product — the broadest measure of economic activity — grew by 7.5% as activity bounced back with the lifting of coronavirus restrictions.

But those figures don't tell the whole story. The growth numbers are pumped up because the United Kingdom endured the deepest recession of any major developed economy in 2020 and its worst performance since 1921, providing a lower base for subsequent comparison.

Johnson's boast also doesn't reflect what happened in the final three months of last year. UK GDP expanded 1% in the fourth quarter, according to ONS data published Friday. That trailed the United States (1.7%) and Canada (1.6%), which are both in the G7.

Even those statistics obscure a larger truth: the United Kingdom is hurtling toward its worst cost of living crisis in 30 years, the Bank of England expects unemployment to rise next year and growth to be "subdued," taxes are going up and new post-Brexit import controls could slam foreign trade.

Short-term economic indicators have also been exceptionally volatile, reflecting the stop-start nature of business as coronavirus restrictions have come and gone. A better way to measure performance is to compare current economic output with levels before the pandemic arrived. Here, the United Kingdom is languishing near the middle of the G7 ranking.

In the fourth quarter of 2021, the UK economy was still 0.4% smaller than it was before the pandemic struck, according to the ONS. By the same measure, the US economy has expanded 3.1%, while France and Canada have grown by 0.9% and 0.2%, respectively.

The German and Italian economies have not yet achieved their pre-pandemic size, and comparable data for Japan is not yet available.

Johnson may be able to repeat his G7 claim without being slapped down by fact checkers. But it's less likely to land well with the British people, whose average disposable incomes after tax are forecast to decline by 2% this year.

UK inflation hit 5.4% in December, its highest rate since 1992, according to official statistics released last month. Wages advanced at an annual rate of just 3.8% in December, leaving households with less purchasing power. 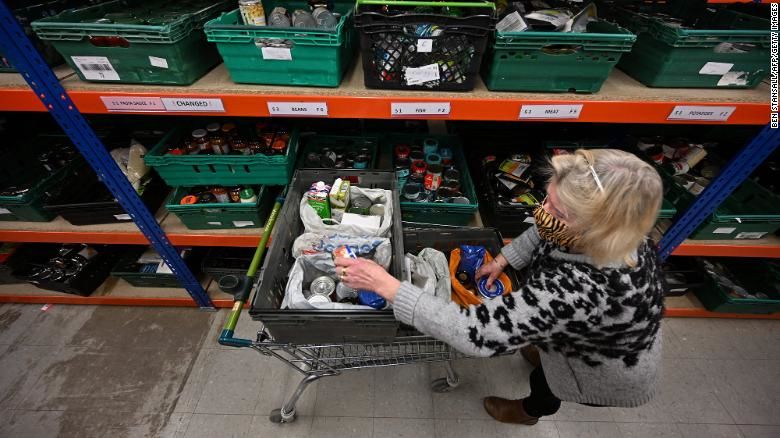 A volunteer collects donated items from shelving racks at a food bank in Colchester, England, on January 20.

Brits are already feeling rising costs. Some 85% of people have noticed an increase in the costs of groceries, according to a January survey conducted by YouGov. Roughly 35% say their housing costs, including rent and mortgages, have risen. Nearly 75% have noticed higher fuel prices.

The cost of living crisis is about to get much worse.

The Bank of the England expects inflation to surge higher over the coming months and peak at 7.25% in April. In early February, the central bank hiked interest rates for a second time in three months in an effort to rein in rising prices, increasing pressure on homeowners with variable rate mortgages. More interest rate hikes are expected later this year.

"We are facing a squeeze on real incomes this year," central bank boss Andrew Bailey told reporters last week. "It is necessary for us to ... raise interest rates because if we don't do that, we think that the effects will be worse."

Energy bills will go even higher in April, when regulators increase a cap on how much consumers can be charged to heat and light their homes by 54%.

The Joseph Rowntree Foundation said some families on low incomes would face annual bills as high as £2,326 ($3,152) from April, while the Resolution Foundation warned that the number of households in "fuel stress" — those spending more than 10% of the family budget on energy — would double to 5 million. 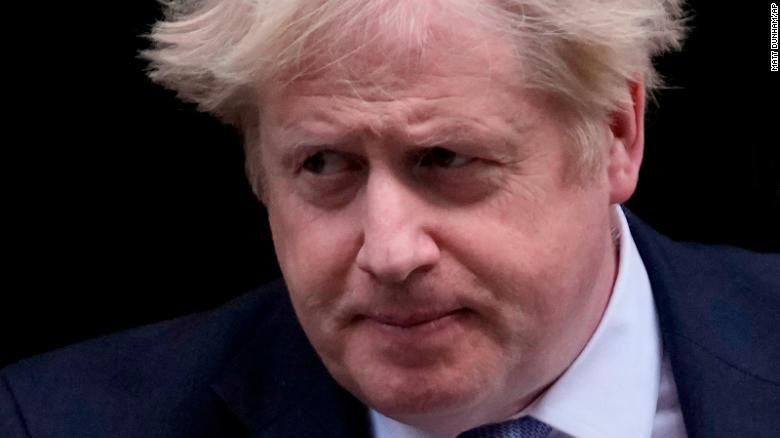 Other government policies are adding to the burden on households.

Johnson is pushing ahead with plans to hike the National Insurance payroll tax in April in order to fund health and social care. The hike should help the elderly, but the tax is regressive, meaning higher earners pay a lower marginal rate than the poor.

And in early October, the government cut Universal Credit — a benefit claimed by those out-of-work or earning low incomes — back to its pre-pandemic level. More than 5.8 million people lost £20 ($28) a week, although the government later boosted the income of some people who work and receive the benefit.

One more big economic risk looms. The government has yet to implement fully the border checks that are needed as a result of Brexit, and there is considerable doubt over whether preparations are on track despite three previous delays.

The UK Parliament's influential Public Accounts Committee said this week that "there remains much to be done to introduce import controls." The trade group Logistics UK echoed that assessment, warning that delays at the border could cause a backup of trucks that would stretch for 29 miles.

Taken together, the combination of spiraling costs, taxes and risks to trade leave the prime minister with little reason to boast about the state of the UK economy.