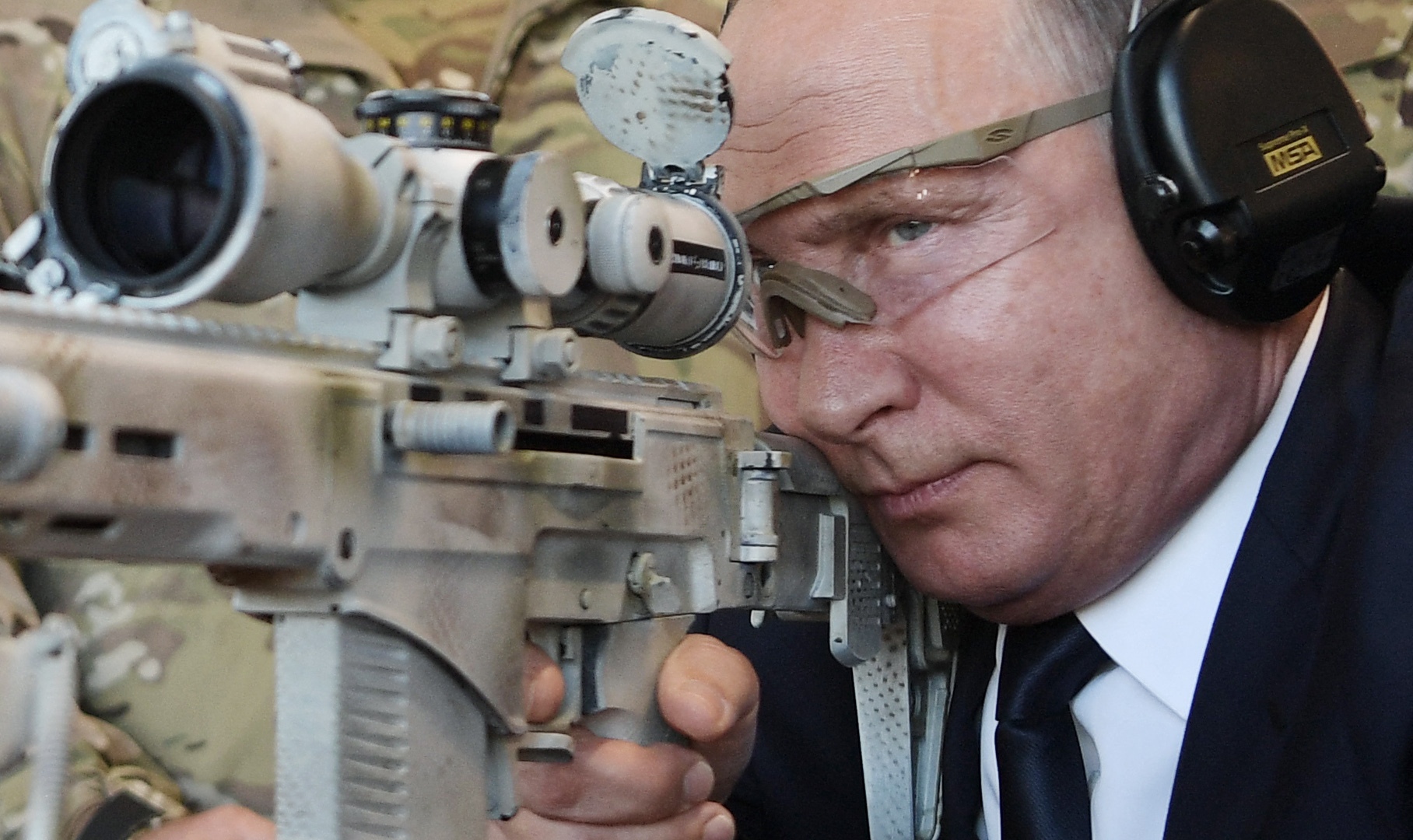 While the West has united in condemnation of Russia’s invasion of Ukraine, opinions differ markedly in parts of the developing world where Russia is not reviled but revered for what some see as its stance against the West and its hypocrisies.

In Southeast Asia, a region dominated for decades by “strongman” political leaders and where nostalgia for the Soviet Union persists in some quarters, Russian President Vladimir Putin has a strong following among social media users who are sympathetic to his invasion of Ukraine and find his macho self-image appealing.

“The popularity of Vladimir Putin in Indonesia is something quite striking,” said Radityo Dharmaputra, a lecturer in Russian and Eastern European Studies at Indonesia’s Universitas Airlangga.

Putin’s hyper-masculine militarised image chimes with Indonesian political culture and its history of uniformed strongmen rulers, Dharmaputra says, noting that while public sentiment is mixed regarding Moscow’s invasion of Ukraine, there is a loud and active pro-Russian minority on Indonesian social media.

For Putin’s social media supporters, Russia is seen as a noble anti-Western power challenging the hegemony of a hypocritical West, he says.

“Indonesians have a tendency to trust, not more authoritarian, but more like a strong leader, someone that can be very assertive against foreign countries,” he told Al Jazeera. 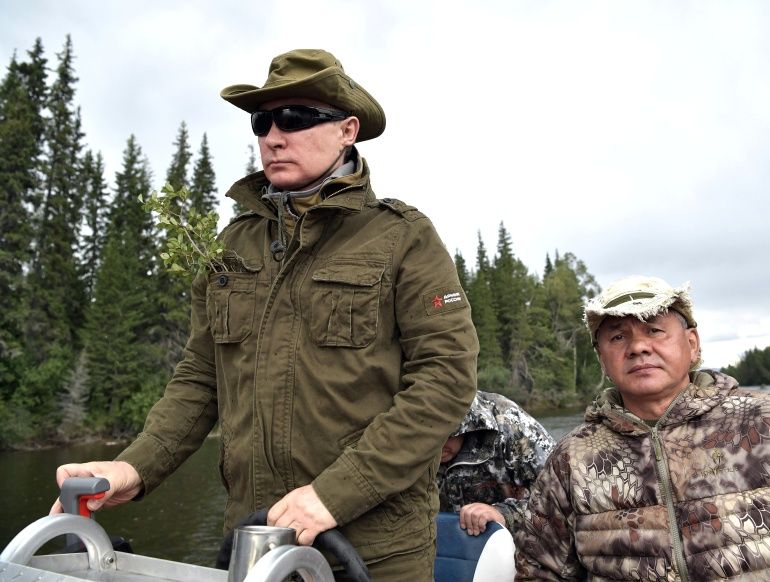 Russian President Vladimir Putin and defence minister Sergei Shoigu ride a boat during a hunting and fishing trip in 2017
Particular themes shine through on social media, Dharmaputra notes, including a “solid anti-Western narrative” that traces a line back to Indonesia’s independence movement against Western colonial powers and up to the anti-Muslim sentiment of the United States’ so-called “war on terror” following the September 11, 2001 attacks.

Indonesian audiences have also not missed the contradictions in the West’s response to the invasion of Ukraine, which contrasts starkly with its neglect for Palestinians suffering under occupying Israeli forces.

The US and its allies also invaded Afghanistan and Iraq.

And there is also the power of nostalgia.

“Russia, as the successor of the Soviet Union is considered as this kind of anti-imperial and anti-colonial power,” Dharmaputra told Al Jazeera, which adds another dimension to local support for Putin and antipathy towards the West.

The Soviet Union backed the newly independent Indonesia – politically and militarily – in its dispute with former colonial power the Netherlands over the province of Irian Jaya (now West Papua) in the early 1960s. Moscow’s intervention led the Dutch to eventually give up their claim.

Like old friends, support for Russia remains among Indonesians, explained Arief Setiawan, a lecturer in international relations at Brawijaya University in Indonesia, and for some of the same reasons as in the 1950s, including Indonesians’ dislike for “US hegemony”.

Setiawan, who completed a master’s thesis in Russian at the Peoples’ Friendship University of Russia in Moscow, tells how relations were once so close during President Sukarno’s leadership in the 1950s that Jakarta and Moscow were considered “brothers”. 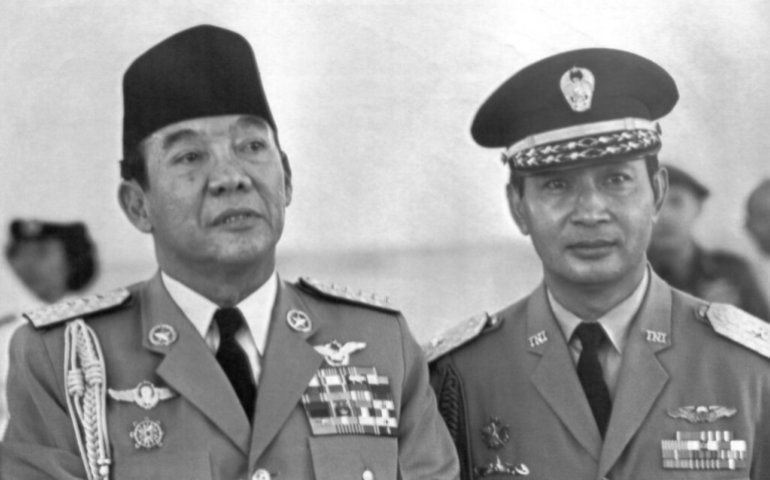 Washington’s wars in Muslim countries such as Afghanistan and Iraq have also done nothing for relations with Indonesia – the country with the single largest population of Muslims in the world, he told Al Jazeera.

“The majority of my friends support Russia,” he added.

In neighbouring Malaysia, researchers investigating pro-Putin sentiment on social media also found animosity towards the West and support for Russia owing to Moscow’s perceived ties with Muslims and the Islamic world.

The pro-Russia worldview on Malaysian social media tends to set “evil Western imperialists” against a benevolent Russia which has been “wrongfully accused” as the aggressor with the connivance of Western media and experts.

“Russia is perceived as the potent alternative ‘superpower’ that can compete with Western neo-colonialism and influence on equal grounds.” wrote Benjamin Loh, a senior lecturer at Taylor’s University in Kuala Lumpur, and Munira Mustaffa, executive director of the Chasseur Group, a Malaysian research firm.

And whether located on the left or right of politics, pro-Russian supporters on social media in Malaysia harbour a “shared contempt for the West”, particularly the United States, and mainstream Western media, the authors found.

Such views are not always fringe, and not just for social media.

In 2019, then-Malaysian Prime Minister Mahathir Mohamad cast doubt on Russian involvement in the shooting down of Malaysian Airlines MH17 despite evidence pointing to its role.

Mahathir had argued that Russia had been “scapegoated” over the 2014 incident which took place as the plane flew over the breakaway Donbas region of Ukraine. All 298 people on board, including dozens of Malaysians, were killed. Their families were appalled.

On Thursday, a court in the Netherlands found three men – two of them Russians – linked to the separatists guilty of murder and sentenced them to life in prison.

A Pew Research Center survey, conducted between February and May this year among almost 23,500 adults in 18 nations, found that the vast majority of people surveyed had a “very” unfavourable view of Russia, except in Malaysia.

“Malaysia is again an exception to the overall trend, as it is the only country surveyed where a majority expresses confidence in the Russian leader,” Pew Research stated.

Being sent to the Soviet Union for education during Vietnam’s post-war years in the 1970s and 1980s was considered a great honour, writes Vietnamese scholar To Minh Son, and Moscow is remembered for supporting Vietnam’s recovery after its war against the US.

Generations of Vietnamese academics, scientists, government workers and political officials have been educated in the Soviet Union, To Minh Son points out, and an international opinion poll conducted in 2017 found that the Vietnamese were more fervent supporters of Putin than even Russians themselves.

In Vietnam, the Russian leader had an 89 percent approval rating among the Vietnamese. 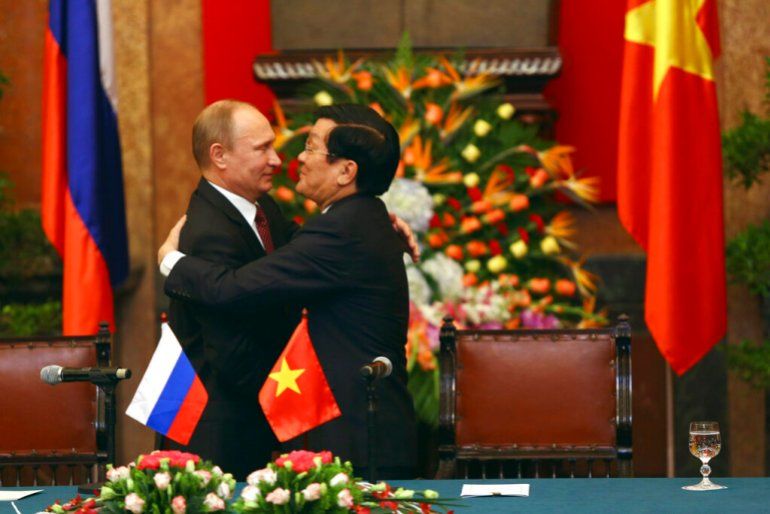 Competing narratives play out on Facebook in Vietnam where supporters of Putin are steeped in “Soviet-Vietnam nostalgia” as well as frank realist arguments based on Ukraine getting what was deserved for provoking the Russian bear next door through NATO expansionism.

On the other hand, Vietnamese critics refer to the “Putin-mania” of their country’s pro-Russian online crowd.

To Minh Son told Al Jazeera that he had detected some subtle shifts in Vietnam’s coverage of the war in Ukraine in recent months.

As Russian forces have become bogged down in the war, the more vocal supporters of the Kremlin on social media have appeared to have become “disillusioned and sceptical” owing to the Russian army’s incompetence in executing the war.

And state media has become more factual in terms of reporting what has occurred on the battlefield rather than simply advancing a narrative favourable to Moscow.

“So the State-centric, Russia-leaning sentiment has become more muted,” To Minh So told Al Jazeera, describing pro-Putin social media users as probably holding their collective breath and hoping for the situation to change for the better of Russia.

Hoang Thi Ha, a senior fellow at the ISEAS –Yusof Ishak Institute in Singapore, also found “fervent support” for Russia’s invasion of Ukraine among a significant segment of Vietnamese people online, and where Putin’s personal appeal for some Vietnamese stemmed from his “macho personality cult”.

The cult of a strongman leader and zeal for Russia’s military exploits should probably come as little surprise, when, as Hoang Thi Ha notes: “Many Vietnamese have also been indoctrinated by the government’s lauding of Soviet revolutionary heroism through multiple wars in the 20th century.” 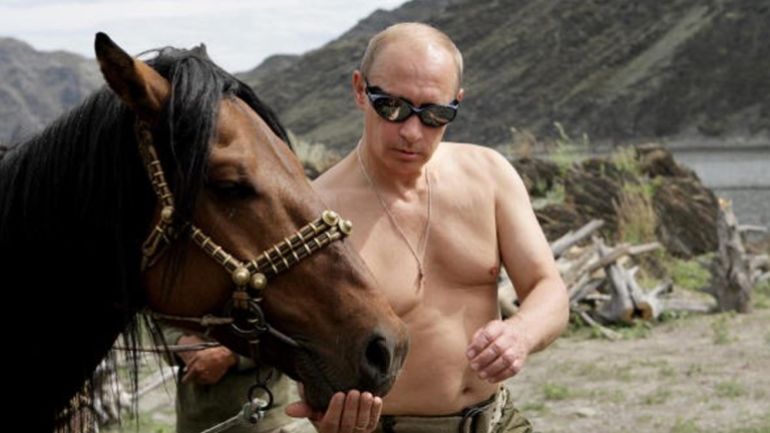 In neighbouring Cambodia, Putin’s strongman persona has affinities for a population accustomed to authoritarian leaders, explains Ou Virak, president of the Future Forum social policy think-tank based in Phnom Penh.

For many Cambodians, Putin’s style of leadership is a far easier model of governance to understand than the complex nature of democracy with its requirement for representation, transparency and process, Ou Virak told Al Jazeera in a recent interview.

The strongman ruler resonates in Cambodia, he says, where generations have lived under such leaders, from the current Prime Minister Hun Sen – a self-proclaimed “strongman”– and back to the newly independent Cambodia of the early 1950s under then-Prince Norodom Sihanouk.

“It was only very limited periods of time that we experienced democratic leadership of some sort. For long periods we were ruled by strongmen and that’s what we know,” he said.

China’s Xi Jinping is also popular among Cambodians where he is viewed as “stepping up” and representative of a more assertive Asia in relations with the West.

Support for strongmen as leaders is not just found in Cambodia, or indeed Southeast Asia, Ou Virak points out, noting that people in the US had demonstrated their own desire for a strongman to step in and provide simple solutions to complex problems – he is speaking, of course, about Donald Trump.

“For many people, they have grievances and they don’t care about the process, they just want their grievance addressed,” Ou Virak said, his comparison extending from Cambodia to the US.

Hollywood movies, he adds, rely on such comforting tropes: a strong (almost always) male character emerging to single-handedly change the course of events.

Everyday people want “heroes”, he says, whether in Cambodia or the US.

“People to save the day. It’s just natural.”