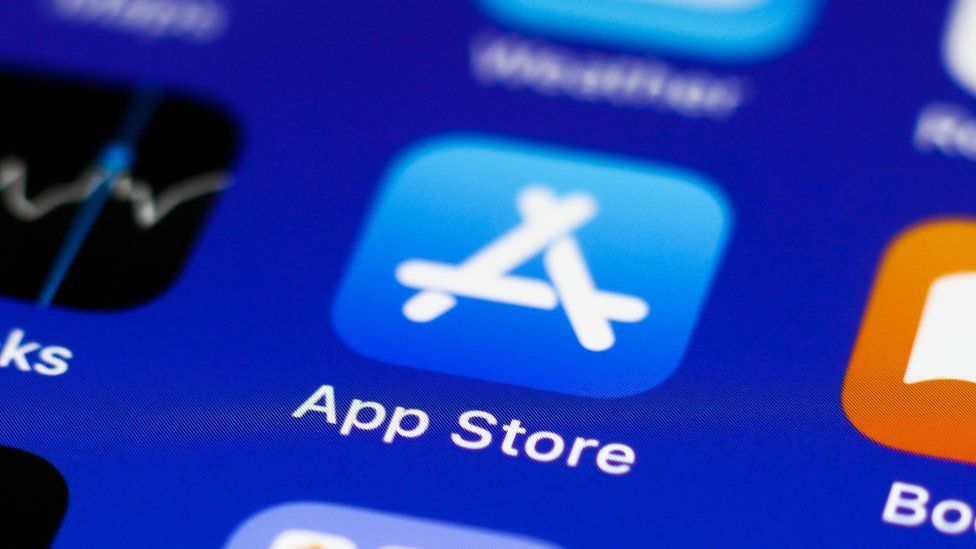 Apple will for the first time allow apps like Netflix and Spotify to link to a website where users can sign up and manage new and existing accounts.

Apple says the change to what it calls "reader apps" will apply globally from early 2022.

The change was agreed with the Japan Fair Trade Commission (JFTC), closing a five-year investigation.

The settlement does not affect in-app purchases in games, currently the subject of a US lawsuit against Apple.

That means that some apps only work if you already have a subscription obtained elsewhere, and do not offer in-app links to websites where you could sign up.

Apple said the agreement "will help developers of reader apps make it easier for users to set up and manage their apps and services, while protecting their privacy and maintaining their trust".

Apple currently receives a commission of between 15% and 30% on in-app purchases - its App store is a major contributor to the near $54bn (£39bn) the firm makes from its "services" segment .

But the changes do not cover games, where the App Store rules are currently the subject of a high-profile US legal dispute with Fortnite developer Epic Games.

Apple faces other legal challenges to how it operates its App Store.

On Tuesday, South Korea's National Assembly passed a bill that once ratified will stop Apple and Google from requiring apps to only use their in-app payment systems.

Apple had previously told the Verge that the bill would, among other issues "put users who purchase digital goods from other sources at risk of fraud".

On Thursday, another case was brought against the firm in India over the required use of its system of in-app purchases.

"The existence of the 30% commission means that some app developers will never make it to the market... this could also result in consumer harm," the filing said, according to Reuters.

Apple is also facing App Store-linked competition scrutiny from the European Commission and the UK's Competition and Markets Authority.