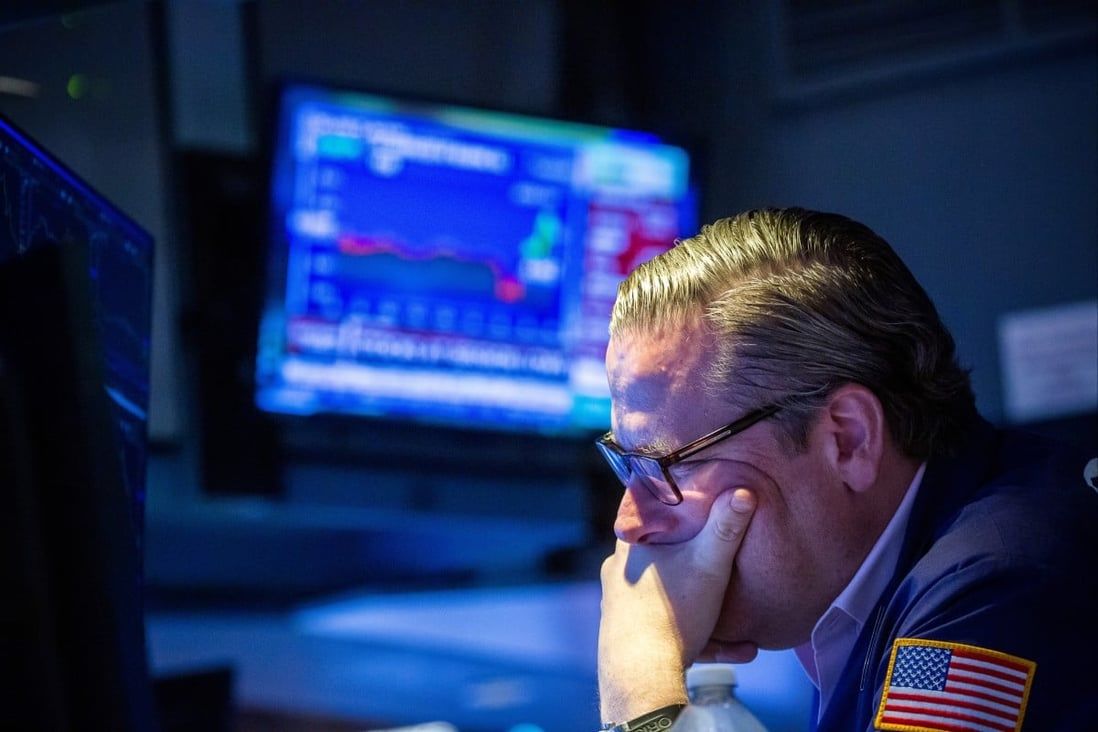 As the reality of recession sinks in, prepare for markets to crash

With market realists warning of ‘bumpy times’ and a ‘mild to hard recession’, the great financial reckoning that has been warded off for too long is finally upon us.
Until now, it seemed there were two parallel economic universes – a “real” one where people suffered from soaring inflation, food and supply shortages or even war, and a “virtual” one where financial markets envisaged a rapid return to rosy normality. Now, the virtual one is about to explode.

We are likely to be entering what could be called stage two of the “great unravelling”, when a bear market in stocks and a cooling in real estate values turn into a major collapse in asset prices as the reality of economic recession starts to sink in.

In the space of just the past week, Goldman Sachs CEO David Solomon has warned of “bumpy times ahead” and a tougher economic environment, while JPMorgan CEO Jamie Dimon has predicted a “mild to hard recession”. Markets reacted with shock despite the obvious nature of these observations.

All economic players will suffer, though some less than others. China, for example, is what the Institute of International Finance calls “an enclave of low inflation” as prices soar elsewhere, and a stock bubble implosion has less impact (relative to gross domestic product) in China and the rest of Asia than in the West.

Anyone who has observed the irrational antics of financial markets over the past several decades hardly needs the likes of Solomon, Dimon or even the International Monetary Fund to alert them to the fact that something is very wrong with the Pollyanna views espoused by many other market commentators.

It is a case of investors, market analysts and even official policymakers either burying their heads in the sand or just not having been around for long enough to realise that all actions, good or bad, have consequences and that those consequences take a while to unfold.

The ability to see beyond actions and assess impact seems to have gone missing. This may be a product of the digital age and an extreme reliance on data. Or as the poet T.S. Eliot asked: “Where is the wisdom we have lost in knowledge? Where is the knowledge we have lost in information?”

It has long been clear that the global economy was headed for trouble, certainly since the global financial crisis of 2008 (without even considering the financial system excesses which led to that disaster). The great experiment with monetary easing began around then.

In came quantitative easing and qualitative easing, along with historically low interest rates. These were designed to bail out the financial system as much as to ward off recession. They did not trigger inflation because money was pumped into the banking system rather than directly into the real economy.

Cheap money did, however, trigger a debt binge by companies, households and governments, and it set the stage for trouble once interest rates started to rise, as they inevitably would. That point came once governments began converting monetary stimulus into fiscal stimulus.

The impact of Covid-19 on economic activity and supply chains was met by massive direct transfers of government money to households. In other words, banking system “liquidity” was converted into spendable cash, and once Covid-19 abated, consumption fuelled by these government transfers took off.

Demand soared but the supply of goods, hit by trade and politically motivated as well as Covid-affected supply chain disruptions, could not keep pace. With the Ukraine war under way, energy prices joined those of other goods in an upwards spiral. Inflation had truly “arrived”.

Central banks reacted in panicked fashion by raising interest rates aggressively, to compensate for their past insouciance towards inflation risks. This should have jolted markets – the stock market, especially – but it did not, and it needed people like Solomon and Dimon to spell out the obvious.

Financial analysts seem unable to get their heads around the fact that it is the sheer stock of global debt that matters now and not whether the US Federal Reserve and other central banks ease the increment of interest rate rises. The stock of debt now stands at around US$290 trillion.

The IMF and others have rightly drawn attention to an impending debt crisis in developing and emerging economies, but markets should also be worrying about debt crises closer to home as mortgage rates and the burden of servicing debt in general creates a risk of defaults in advanced economies.

Inflation rates will diminish, of course, in percentage terms – that is inevitable as the base from which they rise grows bigger – but this does not mean the economic pain of inflation will ease. Higher prices will ease in absolute terms only once demand, and employment rates, fall.

Equity prices will continue to move in step with market sentiment and financial liquidity; in other words, downwards. Increasing corporate failures can only exacerbate these trends while stress among banks and nonbank lenders could also crystallise into problems in the financial system.

None of this makes for Christmas cheer or a bright outlook for the new year. But the adage of “soonest broken, soonest mended” seems appropriate. The great financial reckoning has been warded off for too long. It is imminent and at least economic growth will restart from a less inflated base.
#COVID-19  #Covid