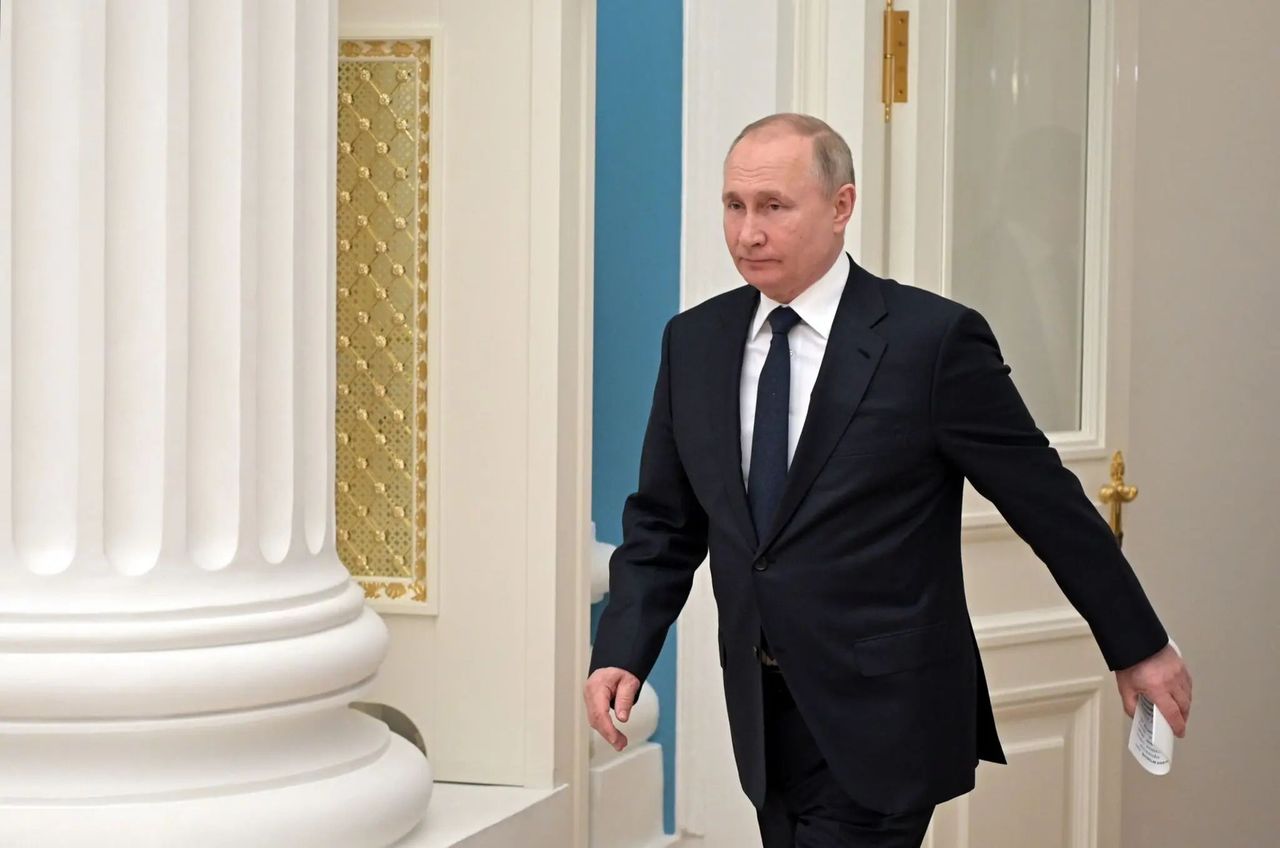 Beyond Ukraine, the Target Is What Putin Calls America’s ‘Empire of Lies’

The Russian leader is consumed by revanchist fury and convinced of a relentless Western plot against Moscow.
President Vladimir V. Putin has ordered Russian troops into Ukraine but made clear his true target goes beyond his neighbor to America’s “empire of lies,” and he threatened “consequences you have never faced in your history” for “anyone who tries to interfere with us.”

In another rambling speech full of festering historical grievances and accusations of a relentless Western plot against his country, Mr. Putin reminded the world on Thursday that Russia “remains one of the most powerful nuclear states” with “a certain advantage in several cutting-edge weapons.”

In effect, Mr. Putin’s speech, intended to justify the invasion, seemed to come closer to threatening nuclear war than any statement from a major world leader in recent decades. His immediate purpose was obvious: to head off any possible Western military move by making clear he would not hesitate to escalate.

Given Russia’s nuclear arsenal, he said, “there should be no doubt that any potential aggressor will face defeat and ominous consequences should it directly attack our country.” He added: “All necessary decisions have been taken in this regard.”

Mr. Putin’s move into Ukraine and his thinly veiled nuclear threat have now shattered Europe’s notions of security and the presumption of peace it has lived with for several generations. The postwar European project, which produced so much stability and prosperity, has entered a new, uncertain and confrontational stage.

In the run-up to Mr. Putin’s invasion of Ukraine, a train of Western leaders made the pilgrimage to Moscow to try to persuade Mr. Putin not to do it. The Americans essentially offered a return to arms control; President Emmanuel Macron of France was prepared to search for a new security architecture if Mr. Putin was unhappy with the old one.

The sincere, perhaps naïve, belief of Mr. Macron and Chancellor Olaf Scholz of Germany in the possibility of bringing Mr. Putin to reason suggests the gulf between the worlds they inhabit. The Russian leader was not interested in taking a fine scalpel to Europe’s security order, but rather a blunt knife to carve out, Cold-War-style, what’s mine and what’s yours.

Europe has rediscovered its vulnerability. Mr. Macron said on Thursday that Mr. Putin had “decided to bring about the gravest violation of peace and stability in our Europe for decades.” Of Ukrainians, he said, “Their liberty is our liberty.”

But no European country, nor the United States for that matter, will put lives on the line for that freedom. The question, then, is how they can draw a line for Mr. Putin.

After his short war in Georgia in 2008, his annexation of Crimea in 2014, his orchestration in 2014 of the military conflict in eastern Ukraine that created two breakaway regions, and his military intervention in Syria in 2015, Mr. Putin has clearly concluded that Russia’s readiness to use its armed forces to advance its strategic aims will go unanswered by the United States or its European allies.

“Russia wants insecurity in Europe because force is its trump card,” said Michel Duclos, a former French ambassador. “They never wanted a new security order, whatever the European illusions. Putin decided some time ago that confrontation with the West was his best option.”

Stephen Walt, a professor of international affairs at Harvard’s Kennedy School, said the talk of nuclear conflict was “worrisome.” “But I find it difficult to believe that any world leader, including Mr. Putin, would seriously contemplate using nuclear weapons in any of the scenarios we have here, for the simple reason that they understand the consequences,” he said.

Still, history has demonstrated that European wars involving a major global power can spiral out of control. A long war in Ukraine could eventually bleed into Poland, Hungary or Slovakia.

Central Europe and the Baltic States, effectively NATO’s front line against Russia, will live with a sense of credible threat for some time.

One ominous scenario — remote but less so than before the invasion — is that Mr. Putin, who has demanded that NATO pull back out of formerly Soviet-controlled countries to its posture before enlargement in 1997, will eventually turn his attention to Lithuania, Estonia and Latvia, the small Baltic States that now form the front line of NATO countries.

Mr. Duclos suggested Mr. Putin’s aim may well be to install a puppet Russian government in Kyiv and that, if he succeeded, “he will want the same thing in the Baltic States.”

All three countries, subjugated in the Soviet empire after World War II, joined NATO in 2004. President Biden has vowed that the United States and its allies will “defend every inch of NATO territory,” meaning that even a Russian attack on tiny Estonia could trigger a conflagration.

Immediately after the Russian invasion, the three Baltic States and Poland triggered Article 4 of the alliance’s founding treaty, which allows members to hold consultations when they feel their territorial integrity is threatened. NATO met in an emergency session as a result.

President Biden delivering remarks on Russia’s attack on Ukraine in the East Room of the White House in Washington on Thursday.Sarahbeth Maney/The New York Times
These nations’ fears were one clear sign of how the Russian invasion has upended European security and European assumptions in ways that appear certain to last.