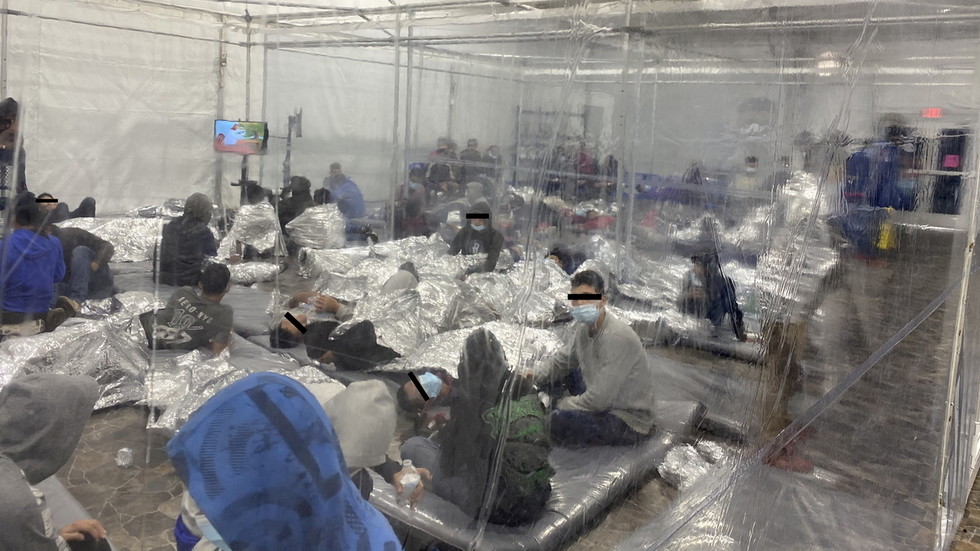 Unsettling images of migrant children being kept in inhospitable facilities in Texas will hopefully prompt the media to press the Biden administration about the crisis at the US border, Project Veritas has told RT.

Photos reportedly taken from inside a temporary Customs and Border Protection (CBP) facility in Donna, Texas, show children living in cramped, inhospitable, makeshift tent shelters. Separated into groups using plastic sheet dividers, the children are seen curled up on the floor, with only foil blankets to keep them warm.

Nick Givas, managing editor of the conservative media watchdog group, said that the disturbing images, some of which were provided to Project Veritas by a source, have sparked a debate about what is going on at the US border, and raised serious questions about why the “nightmare” conditions at these facilities have been “shrouded in secrecy.”

But the photographs might not fully relay the severity of the situation. According to Project Veritas’ source, 50 of the migrants held at the facility are Covid-positive, and sexual as well as physical assaults at the holding center have become routine.

The outlet is still awaiting comment from several relevant agencies, Givas said, adding that he was shocked by how the scandal has so far been “nearly ignored” by the government. He told RT that he believed the situation could be far worse than the photos suggest.

"I think we need to know more. If this is just the tip of the iceberg, what else is waiting for us that has been ignored?"

He said that the media must do more to ensure that the Biden administration is held to account.

During his presidential campaign, Biden promised a “fair and humane” border policy, and his administration insists that its host of recently opened “overflow facilities” cannot be compared to the “cages” former president Donald Trump’s administration kept unaccompanied minors in.

A growing number of reports have suggested that an influx of migrants arriving from Mexico has overwhelmed US government agencies, leading to the squalid conditions seen at the temporary facilities.