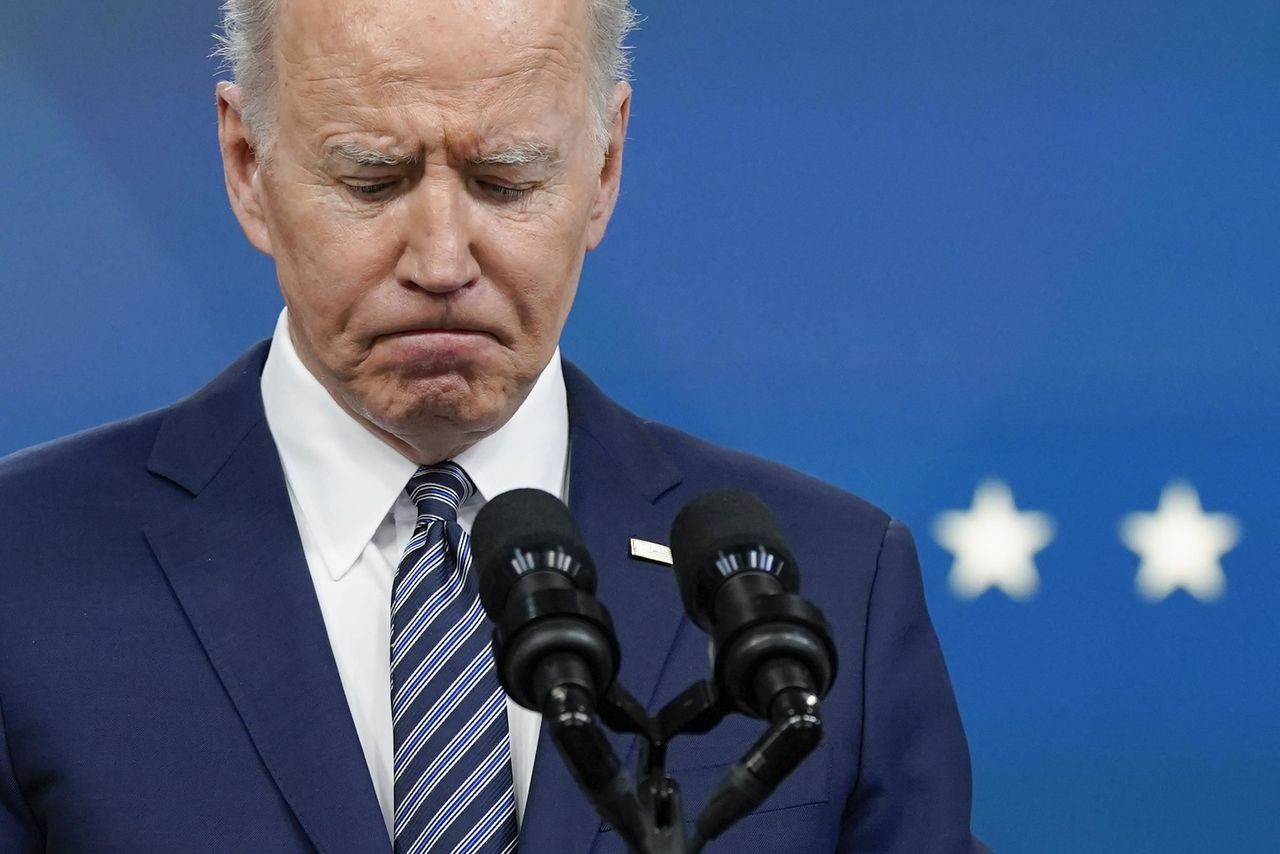 Congressional Republicans are demanding to see visitor logs for US President Joe Biden's homes, arguing that the discovery of classified files at one of his residences is a national security risk.
Biden acknowledged on Thursday that sensitive material was found in the garage of his house in Delaware.

The White House deflected when asked if the visitor logs would be provided.

The justice department has appointed an investigator to look into the files.

News that sensitive documents dating from Biden's time as vice-president had been found in a private office at the Penn Biden Center, a think tank in Washington, emerged earlier this week.

That was followed by a disclosure that a second cache was discovered at Biden's home.

The first batch was found on 2 November, just before the US midterm elections, but only became public on Monday.

Biden kept an office at the think tank after he left the White House in 2017 until he launched his presidential campaign in 2019.

On Thursday, US Attorney General Merrick Garland revealed in a news conference that the second cache had been found on 20 December at Biden's private home in Wilmington, Delaware.

He added that Biden's lawyers had called investigators on Thursday morning to notify them of an additional document, also found at the same residence.

Citing the "extraordinary circumstances", the attorney general appointed Robert Hur, a former senior justice department official during the Trump presidency, to lead an investigation in the Biden files.

Kevin McCarthy, the newly elected Republican Speaker of the House, questioned the timing of the first disclosure and accused Biden of knowingly mishandling the sensitive papers.

"He knowingly knew [sic] this happened going into [the] election, going into interviews. This is what makes America not trust their government," McCarthy said on Thursday.

Other Republicans on Thursday demanded the president release a log of all the people who had visited Biden's Delaware home.

James Comer, a Kentucky congressman and chairman of the House Oversight Committee, told Fox News: "We need to know who all has had access to the president."

Colorado Republican Ken Buck wrote a letter to the White House calling on Biden to "release all visitor logs".

Elise Stefanik, the number three House Republican and a New York congresswoman, said that the visitor logs were "a clear matter of national security".

Biden's predecessor, Donald Trump, is also under investigation by the justice department after more than 300 classified files, including some marked with Secret and Top Secret designations, were discovered by FBI agents executing a search warrant last year at his Mar-a-Lago estate in Florida.

Speaking to reporters on Thursday, Biden again said that his lawyers had notified officials of the discovery and that he took the matter seriously.

The president, who previously described Trump's alleged mishandling of classified material as "totally irresponsible", added that the documents were found locked in a garage next to his 1960s Chevrolet Corvette sports car, "not sitting out in the street".

An attorney for the president, Richard Sauber, said they were co-operating closely with the justice department.

He predicted the investigation would show "these documents were inadvertently misplaced, and the president and his lawyers acted promptly upon discovery of this mistake".

Asked whether the Delaware visitor logs would ever be released, White House press secretary Karine Jean-Pierre countered that the Biden administration had restored public disclosure on White House visitor logs that had been restricted under Trump.

In 2017, the Trump administration also refused to reveal the names of most of the visitors to Trump's Mar-a-Lago golf club in Palm Beach during his presidency.

On Thursday, Trump posted on his Truth Social platform that the attorney general should "immediately" end the investigation he faces over the Mar-a-Lago cache, claiming the special counsel "hates" him.

According to a CNN analysis in October, Biden had spent more than a quarter of his presidency working from his houses in Wilmington or Rehoboth Beach.
#Donald Trump  #Joe Biden