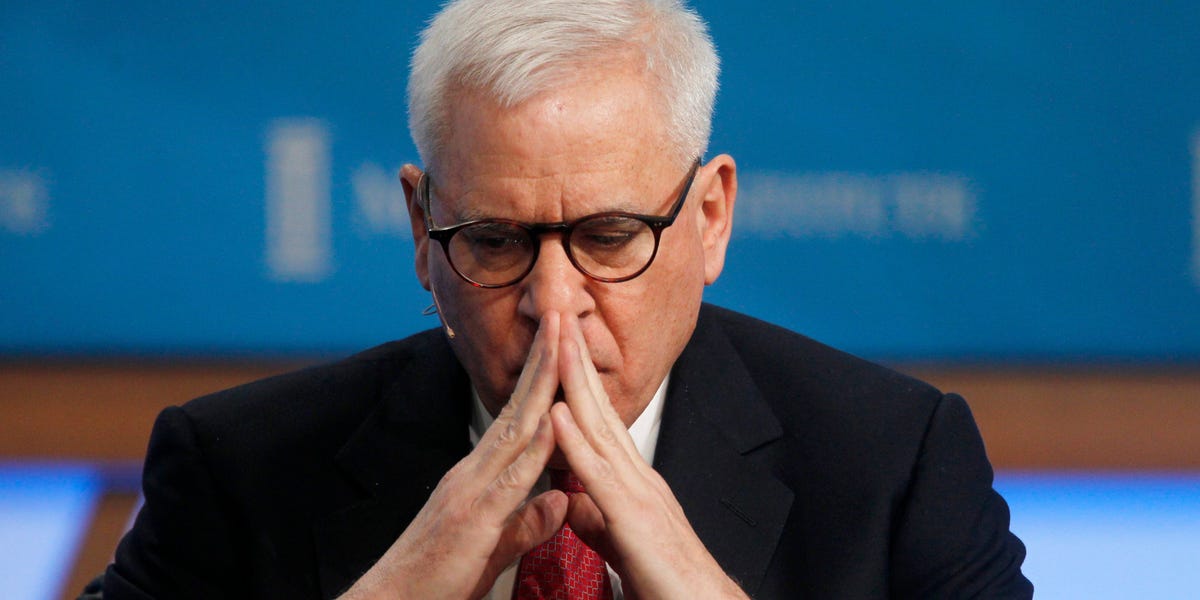 Billionaire David Rubenstein says a recession is coming, tech valuations are set to fall further, and the Fed is going to have to get unemployment to 6% to get inflation down

The Carlyle Group cofounder says "until we get unemployment to about 6%, we're not likely to get inflation down appreciably."
Billionaire David Rubenstein detailed his market outlook on Tuesday, including predictions for the technology sector, the Federal Reserve's fight against rampant inflation, and a looming recession.

The Carlyle Group cofounder says that given the current economic conditions a recession is upon us, citing "jacked up" interest rates, which will inevitably slow down gross domestic product growth.

"I suspect the Fed is determined to not make another mistake on inflation," Rubenstein said in an interview with LinkedIn. "I think the Fed generally would say that they misread how much inflation was going to be caused by the $5 trillion injected into the economy by Congress to deal with COVID, and also the quantitative easing impact as well."

He added: "[Inflation] was transitory, they said, but it turns out it wasn't."

"The Fed now recognizes that it's got its work cut out," Rubenstein said. "The Fed cannot say publicly what I can say, and what others have said, which is that until we get unemployment to about 6%, we're not likely to get inflation down appreciably."

Along with a recession and a rise in unemployment, Rubenstein says tech company valuations are expected to fall further on harsh economic conditions into next year.