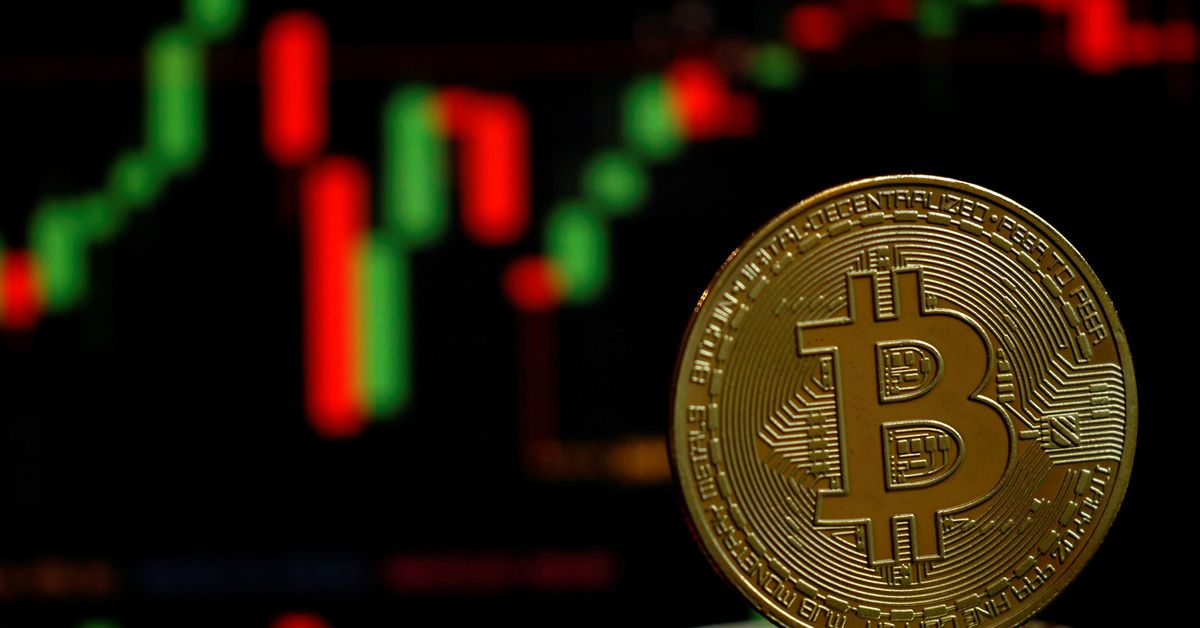 Bitcoin, the largest cryptocurrency by market value, was trading at $48,125.67 around 12:30 p.m. Eastern Time on Saturday, down more than 12% in 24 hours, according to data from CoinDesk. Around midnight it had plunged to $42,000 before bouncing back. Ether, the second-largest cryptocurrency, was down more than 7% on Saturday afternoon.
Bitcoin shed a fifth of its value on Saturday as a combination of profit-taking and macro-economic concerns triggered nearly a billion dollars worth of selling across cryptocurrencies.

The broad selloff in cryptocurrencies also saw ether , the coin linked to the ethereum blockchain network, plunge more than 10%.

Based on cryptocurrency data platform Coingecko, the market capitalisation of the 11,392 coins it tracks dropped nearly 15% to $2.34 trillion. That value had briefly crossed $3 trillion last month, when bitcoin hit a record $69,000.

The plunge follows a volatile week for financial markets. Global equities and benchmark U.S. bond yields tumbled on Friday after data showed U.S. job growth slowed in November and the Omicron variant of the coronavirus kept investors on edge.

Justin d'Anethan, Hong Kong-based head of exchange sales at cryptocurrency exchange EQONEX, said he had been watching the increase in leverage ratios across the cryptocurrency markets as well how large holders had been moving their coins from wallets to exchanges. The latter is usually a sign of intent to sell.

"Whales in the crypto space seem to have transferred coins to trading venue, taken advantage of a bullish bias and leverage from retail traders, to then push prices down," he said.

The hearing marks the first time major players in the crypto markets will testify before U.S. lawmakers, as policymakers grapple with the implications of cryptocurrencies and how to best regulate them.

Data from another platform Coinglass showed nearly $1 billion worth of cryptocurrencies had been liquidated over the past 24 hours, with the bulk being on digital exchange Bitfinex.

"If anything, this is the opportunity to buy the dip for many investors who might have previously felt like they missed the boat. We can see tether bought at a premium, suggesting people are getting cash ready, within the crypto space, to do just that," D'Anethan said, referring to the biggest stablecoin in the cryptocurrency world.

A plunge in bitcoin funding rates -- the cost of holding bitcoin via perpetual futures which peaked at 0.06% in October -- also showed traders had turned bearish.

The funding rate on cryptocurrency trading platform BitMEX fell to a negative 0.18% from levels of 0.01% for most of November.
#Coronavirus