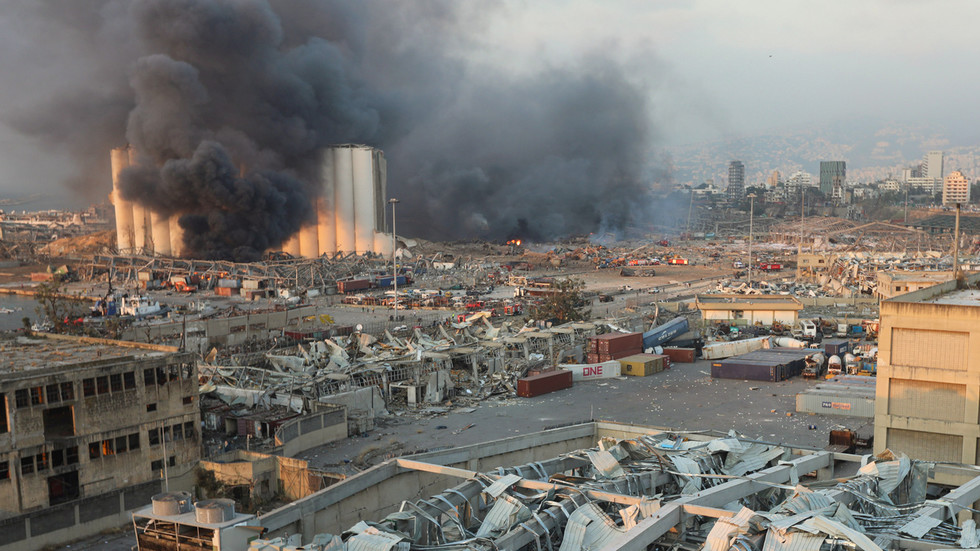 The Israeli Defense Force has denied responsibility for two massive explosions in Beirut that killed at least 10 people on Tuesday and injured hundreds more. Hezbollah has also denied the blasts were the result of a rocket attack.

The huge explosions took place shortly after 6pm local time in a port area of Beirut where highly explosive materials are stored, according to Lebanon’s internal security chief. Local media have reported the explosion took place at a fireworks depot near the port, while Lebanese Health Minister Hamad Hassan initially said a ship carrying fireworks exploded in the port.

In a statement issued immediately following the blasts, the IDF has denied responsibility for the explosions. Israeli government officials had previously accused Hezbollah of using the Beirut port to transport weapons, and while no proof has been produced to back these allegations, accounts friendly to the Israeli military quickly swarmed Twitter to revive them.

Human Rights Watch’s Ken Roth also signed on to the “blame Hezbollah” camp, suggesting - absent a shred of evidence - that the explosions were “Hezbollah’s way of saying don’t mess with us for allegedly killing former Lebanese PM Hariri” before hurriedly deleting his tweet.

Billionaire-funded regime-change lobby group "Human Rights Watch" is a total fraud. Its executive director @KenRoth just tried to blame the explosion in Beirut, Lebanon on Hezbollah, WITHOUT ANY EVIDENCE AT ALL. Not a shred.

Beirut explosion is in area known to be used by Hezbollah for its long-range precision-guided missile project, which Israel publicly calls a red line. I have no specific knowledge, but would be surprised if explosives that detonated were not associated w/ that project. 1/

Lebanese Maj. Gen. Abbas Ibrahim, director of general security, has poured cold water on claims an Israeli rocket was responsible for the massive explosion, which was reportedly heard over 150 miles away in Cyprus. Speaking to local media, he blamed an “incident” at a depot in the port where explosive materials had been stored.

Ibrahim's claims echoed Hezbollah's own insistence that “there is no truth” to initial reports Israel had struck a weapons depot belonging to the group.

An unnamed source told local media the explosion had been caused by “highly explosive sodium nitrate confiscated from a ship more than a year ago” and stored in one of the port warehouses.

Israel has ramped up its bombing campaigns against Syria and Lebanon in recent weeks, with PM Benjamin Netanyahu warning Hezbollah last month not to “test” Tel Aviv after the IDF opened fire on the Shebaa Farms area last month. While the IDF insisted it was thwarting an attempted terrorist infiltration, Israeli forces have a long history of citing nonexistent or wildly exaggerated “attempted attacks” as cause for brutal or unprovoked “retaliation” against civilian populations. The IDF also bombed several locations south of Damascus on Monday, supposedly in response to the attempted planting of a bomb in the Golan Heights - a disputed area Israel claims, but which officially belongs to Syria.