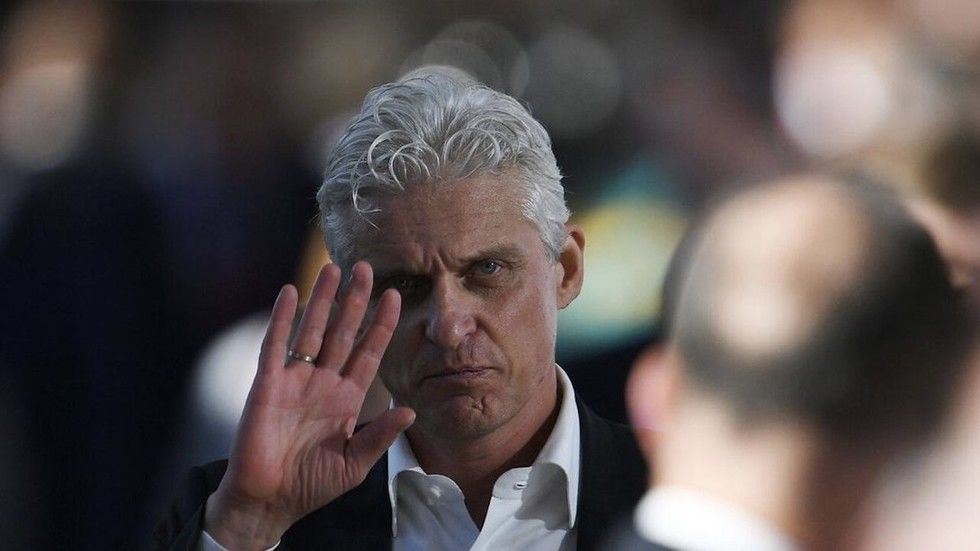 The founder of Tinkoff Bank, Oleg Tinkov, has renounced his Russian citizenship due to the “crazy war” in Ukraine
Oleg Tinkov, the founder of one of Russia’s largest private banks, has revealed that he has renounced Russian citizenship due to Moscow’s “crazy war” in Ukraine. On Monday, the tycoon shared an English-language copy of a “certificate of the ending of the citizenship of the Russian Federation,” issued in Geneva on October 26, on Instagram.

“I can’t and won’t be associated with a fascist country, that started a war with their peaceful neighbor and killing [sic] innocent people daily. It is a shame for me to continue to hold this passport,” Tinkov wrote.

He expressed hope that “more prominent Russian businessmen” would follow his lead in order to weaken “Putin’s regime and his economy.”

He concluded the post by saying that he hated “Putin’s Russia,” but loved all Russians “who are clearly against this crazy war.” In a Russian version of his statement, Tinkov called himself “a true Russian hero.”

Unlike the US, Russia doesn’t impose an exit tax on people who renounce their citizenship. Tinkov, who was convicted of tax fraud in 2021 and agreed to pay more than $500 million in penalties, allegedly lied about his net worth to avoid the exit tax when he renounced his US citizenship in 2013.

Since Russia sent troops into Ukraine on February 24, Tinkov’s fortune has dramatically decreased. According to the Bloomberg Billionaires Index, his net worth exceeded $8 billion in November last year. By early March, amid Western sanctions on the Russian banking system, Tinkov’s shares slumped by more than 90% and his fortune shrank to less than $1 billion, according to Forbes.

In April, after being subjected to UK sanctions, he sold his family’s share in TSC Group, which controls Tinkoff Bank, to Interros – a company controlled by one of the richest people in Russia, Vladimir Potanin.

At the time, Tinkoff Bank, which is considered to be the world's largest digital bank, was not commenting on its founder’s political stance but announced a change of name plan.

Tinkov is not the first business mogul to renounce his Russian citizenship.

On Monday, Bloomberg reported that the co-founder and chief executive officer of the London-based fintech startup Revolut, Nikolay Storonsky, had also cut ties to his homeland.

Earlier this month, Moscow-born and California-based billionaire Yuri Milner renounced his Russian citizenship. Several other Russian-born businessmen tried to distance themselves from their native country amid public outrage in the West over the Ukraine conflict and efforts by the US and its allies to seize the assets of so-called oligarchs with ties to the Kremlin.

Milner was among at least seven Russian billionaires who asked US-based Forbes magazine to refrain from mentioning their national origins.