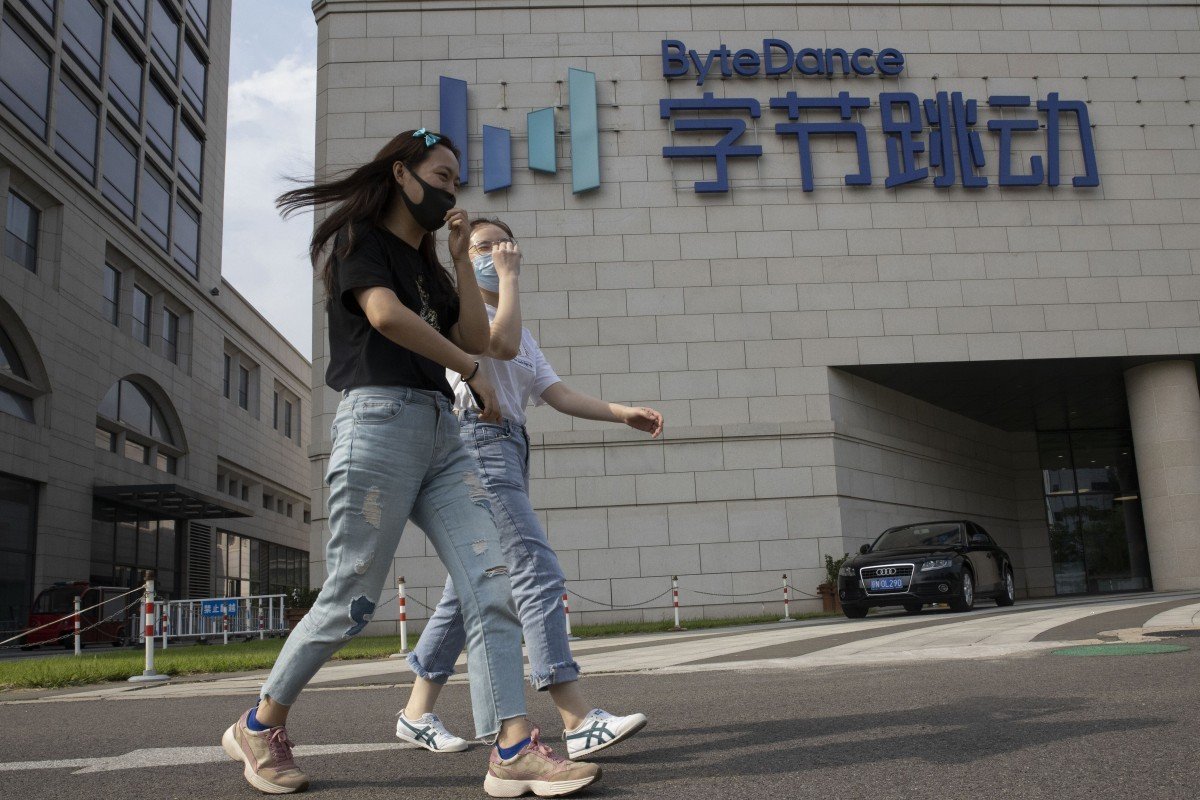 The Chinese owners of video-sharing app TikTok plan to step up opposition to a US ban, sources say, as criticism grows at home the firm is kowtowing to American demands.
ByteDance, the Chinese owner of short video hit TikTok, is preparing to escalate its legal and public relations battle against US President Donald Trump’s executive order to ban the app in the United States unless it is sold, according to two people familiar with the situation.

Meanwhile, ongoing talks with potential suitor Microsoft, as well as reported preliminary talks with social media giant Twitter, are unlikely to end in a deal, said one of the people who has been briefed on the talks but who declined to be named as the information is not public.

The person said the probability of Microsoft buying TikTok is “not higher than 20 per cent” since the initial price offered by the US software giant was akin to “robbing the owner when his house is on fire”.

And the chances of Twitter buying TikTok were said to be even smaller, according to the person, as the US social media platform “just doesn’t have enough money.”

Twitter’s total market capitalisation is about US$30 billion while the valuation of TikTok before Trump announced the ban was around US$50 billion. CNBC reported last week that Microsoft is trying to buy TikTok in the US, Canada and Australia for a price of between US$10 and US$30 billion.

“Yiming’s dream is to create a global business,” the person said, referring to Zhang Yiming, the 37-year-old founder of ByteDance. “But if he is set to lose TikTok in the US market either by selling it to a potential competitor or a forced exit, he will have nothing else to lose. Of course he will try every possible way to fight back.”

Meanwhile, the second person familiar with the situation said the Beijing-based company is preparing to harden its legal opposition to US demands, reflecting frustration with previous efforts to accommodate US concerns and public opinion in China which wants it to fight back.

“The initial response of ByteDance to Trump’s threats has earned it a nickname of Byte-kneel [to the US],” the person said. “It’s time for ByteDance to push back since there’s really no room to step back now.”

The person added that the Chinese government has little leverage over the fate of TikTok in the US and that it was up to Zhang’s team to find a way out.

China’s foreign ministry has attacked the Trump administration for targeting TikTok, and the official Xinhua news agency published an opinion piece on Monday saying US threats against the firm could be equated with “modern piracy”.

Trump issued an executive order last Thursday, according to which “any transaction” between an American citizen and ByteDance will be outlawed in 45 days for national security reasons. Trump also applied the orders to Tencent’s WeChat.

The orders call on the US Secretary of Commerce to define the banned transactions. As such, the scope of the ban, including which specific transactions would be cut, remains unclear and analysts said the orders could be subject to legal challenges.

The order followed an announcement by Trump a few days earlier that TikTok would have to cease operations in the US by mid-September unless it is sold to a US buyer, citing national security and data privacy issues.

Trump also said the US Treasury would take a portion of the proceeds from that deal – as the government was enabling the transaction to take place – in a move many analysts called an unprecedented use of executive powers.

TikTok said in a statement on Friday, a day after the executive order, that it was “shocked” by Trump’s decision as it has “sought to engage with the US government in good faith” for nearly a year.

ByteDance has gone further than any Chinese company in distancing its flagship overseas product from China. It has separated the management teams of TikTok and Douyin, the Chinese version of the app. It has prohibited mainland Chinese users from accessing TikTok and stored user data in the US.

It has hired Kevin Mayer, a former Disney streaming chief, to serve as chief executive. And it has also published its algorithm source code at its transparency centre to counter allegations it is sharing American user data with the Chinese government.

These efforts have raised eyebrows in China, with many online commentators blaming Zhang for being too accommodating of US demands. The attacks on Zhang in his personal Weibo account grew so fierce that the comment section was closed last week.

However, ByteDance has still failed to convince the Trump administration and US lawmakers that TikTok can be trusted.

As TikTok’s moment of truth approaches, ByteDance is pinning hopes of a turnaround on the US court system and the app’s vast American audience, while simultaneously continuing talks with potential US buyers.

TikTok said in a statement on Friday it would “pursue all remedies available to us” to ensure “our company and our users are treated fairly – if not by the Administration, then by the US courts”.

According to National Public Radio, TikTok plans to challenge Trump’s executive order in the US District Court for the Southern District of California as early as Tuesday.

The company has also encouraged its 100 million American users to speak out.

One of the people familiar said though the legal battles and trying to sway public opinion were long shots.

“Bytedance has to face the reality that TikTok will be banned or lost in the US,” the person said.