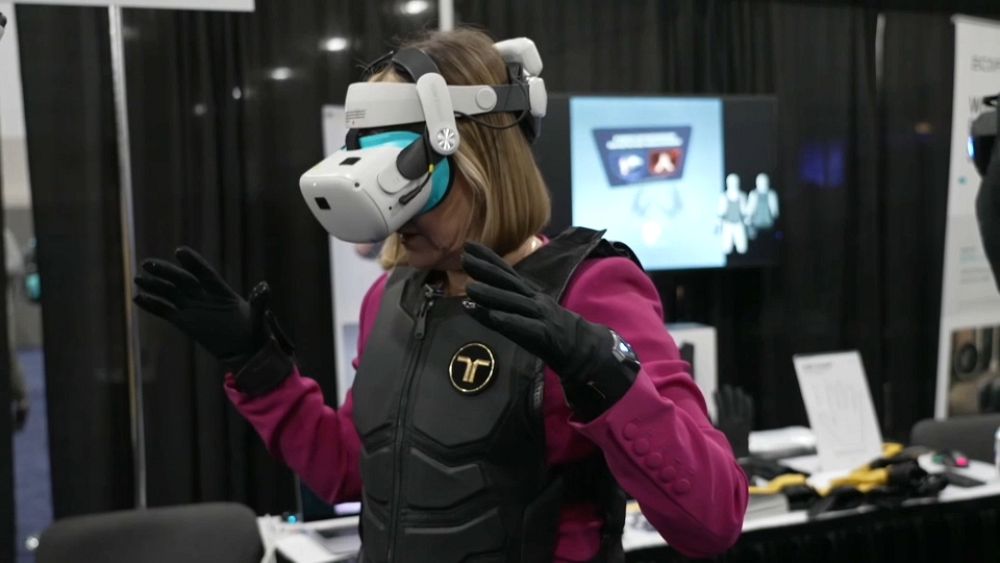 CES 2023: The top trends to watch at the year’s biggest tech fair

CES, formerly known as the Consumer Electronics Show, has in recent years expanded its scope well beyond consumer products, and a large part of the event is now about innovations across the automotive industry and digital health.

The theme this year is human security, with a focus on innovations that can help solve the world’s biggest challenges, such as access to healthcare, clean air, clean water and food.

“I think tech with a purpose is a great way to think about it; also tech for good, and making life better,” said Steve Koenig, Vice President of Research at the Consumer Technology Association, the trade group that organises CES each year.

“You just have to look at all the innovation that's happening in health technology to find an abundance of evidence for that,” he told Euronews Next.

CES Unveiled, the media preview of the show, gave a sense of the growing market for digital health tech.

Plenty of devices on display featured built-in artificial intelligence (AI): from a home defibrillator by French start-up Lifeaz to ViraWarn, a pocket-size breath analyser that detects COVID-19, RSV and influenza in under 60 seconds.

“You blow into the device twice, and you receive a positive or negative result via a red positive or green negative LED light on the front of the device,” explained Dana Gardner, Vice President of Business Development at Opteev Technologies.

ViraWarn, which is awaiting approval from the US Food and Drug Administration (FDA), is reusable. You only need to change the biosensor cartridge after about two weeks, and the company is aiming to price the device at $99 (€93), with cartridges costing “a couple dollars each”.

“So, it's bringing the cost of an individual self-test down to pennies per test, since you can use it so many times,” Gardner said.

Euronews Next also tried out an exoskeleton made by a Japanese start-up, Archelis, that can help factory and health care workers easily switch from a standing to a sitting position without needing a chair.

The device is strapped onto your legs and can be in two modes: one allowing you to walk freely - albeit slightly awkwardly - and another one locking the device into a position that lets you rest your lower back and feels a bit like sitting on a high swivel chair.

That device could definitely come in handy for some of those attending CES, where you’re either walking or standing all day as you trek through the gigantic exhibit halls hosting more than 3,200 companies.

Organisers are hoping this year’s show - which runs from January 5 to 8 - will draw crowds like it did before the start of the pandemic, with around 100,000 visitors expected to attend.

The metaverse is another big theme at CES 2023, with many companies unveiling their latest offerings in virtual reality (VR) and augmented reality (AR).

One start-up, OVR Technology, is presenting a headset that allows users to smell in the metaverse, which could have applications beyond gaming, for example in health and wellness.

A part of the show floor is also dedicated to Web3 technology, while Microsoft and the carmaker Stellantis are teaming up to create a showroom in the metaverse.

And there are plenty more unusual inventions on display, from a speech privacy mask to smart golfing tools, a smart punching bag cover and even electric inline skates - which made at least one reporter fall.