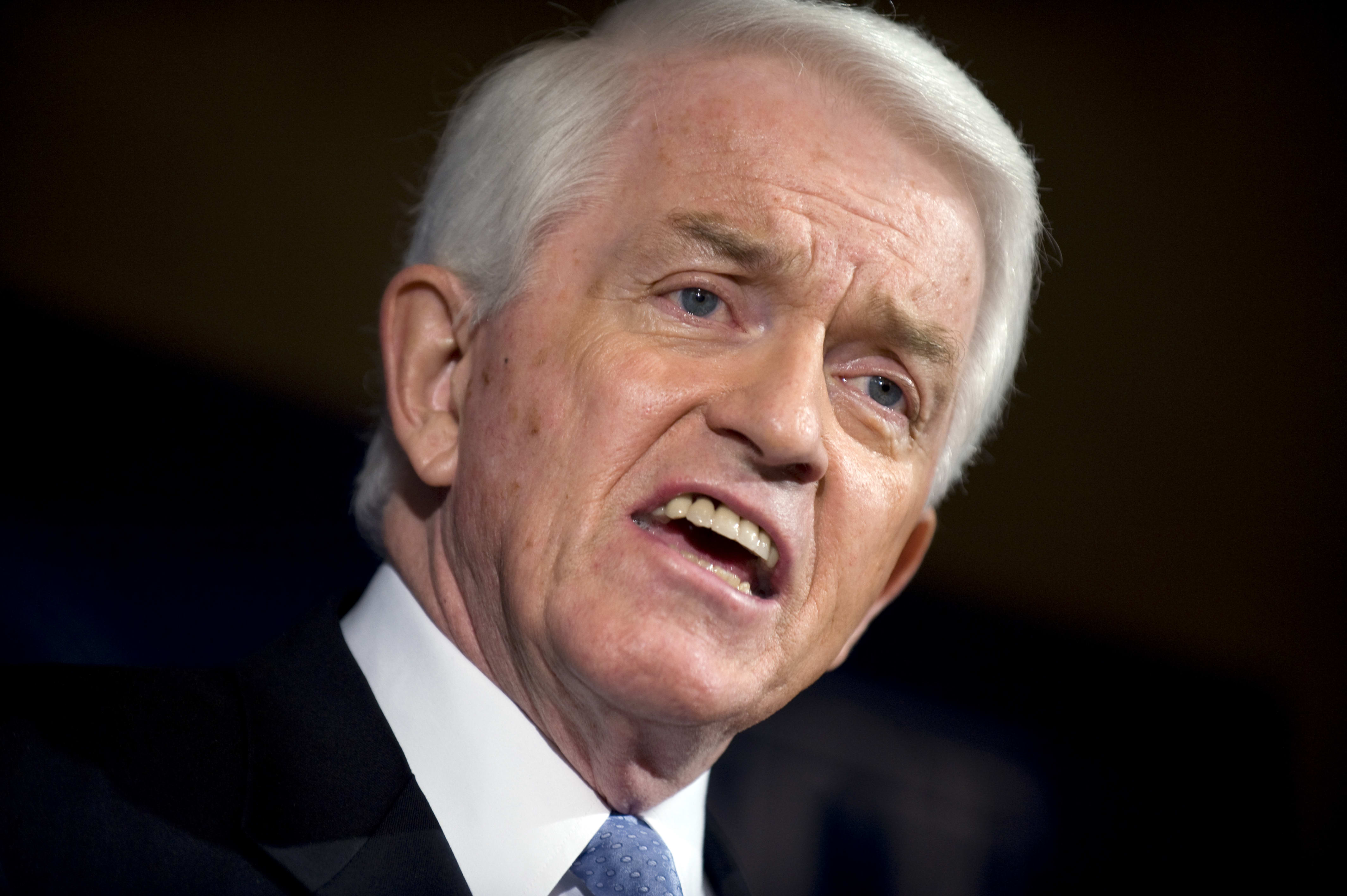 Chamber of Commerce CEO to Congress: Expand SBA funding by Monday or everyone will 'get blame'

Congressional Democrats and the Trump administration will spend the weekend negotiating another emergency funding bill intended to resume the Paycheck Protection Program, the $349 billion small business loan program that maxed out on Thursday.

The Small Business Administration, which oversees the system facilitated by banks, stopped receiving loan and lender applications for the program after it reached the appropriated limit.

“They’re doing a good job under a difficult circumstance, but we’re out of money,” Donohue said, “and it’s time to put some more in and, by the way, it’s not the last time we’re going to have to do it.”

The talks follow failed efforts by Senate Republicans last week to advance a $250 billion extension of PPP and later Democrats to push through a $250 billion measure for small businesses, hospitals and other priorities.

Small businesses are the backbone of the U.S. economy, which is in the midst of a severe downturn.

“I think where we have to focus right now is let’s take care of the little guys. They’re critical to this economy,” Donohue said.

“Don’t think one party is going to do better than another on this.”

The new legislation would be the fourth in a series of emergency spending bills, including the historic $2.2 trillion CARES Act, passed by lawmakers since March. Officials have moved quickly to blunt the economic damage of the global coronavirus pandemic and subsequent shutdown orders across the United States, which nearly depleted consumer spending and business revenues in multiple industries.

Countless restaurants, retail stores, barber shops and other local businesses have closed their doors and tens of millions of individuals have filed unemployment claims in recent weeks due to coronavirus fears. The U.S. Chamber of Commerce found in a survey that a majority of small businesses, 54%, have shut down or plan to shut down temporarily within two weeks.

“What most people lose sight of is many, many of those small companies work as subs and assistants to the big companies, so there’s a very tight relationship,” Donohue said.

President Donald Trump signed the massive stimulus package, which directed billions in spending toward families, workers and businesses, in late March in a rare bipartisan moment in Washington.

With the small business loan commitments at their limit, the demand for funds remains high as companies seek to keep employees on their payrolls. It is not certain how many entities have received money.

Donohue, whose lobbying group represents about 400,000 small businesses, said about 1.5 million companies have received financing. There are about 30 million small enterprises in the U.S. and many won’t be able to get their hands on any money, he said.

“Now we’re looking at what we’re trying to do to finance in a way that these smaller companies, particularly the substantive ones, can hold on to their employees until we can move through to a point where the economy is back percolating,” he said.

The U.S. Chamber of Commerce tends to support Republican initiatives, though it also has a history of supporting Democratic priorities.

“Nobody should try and take credit, because everybody is going to get the blame, both parties, if we don’t do it,” Donohue said.

A politician is a fellow who will lay down your life for his country.