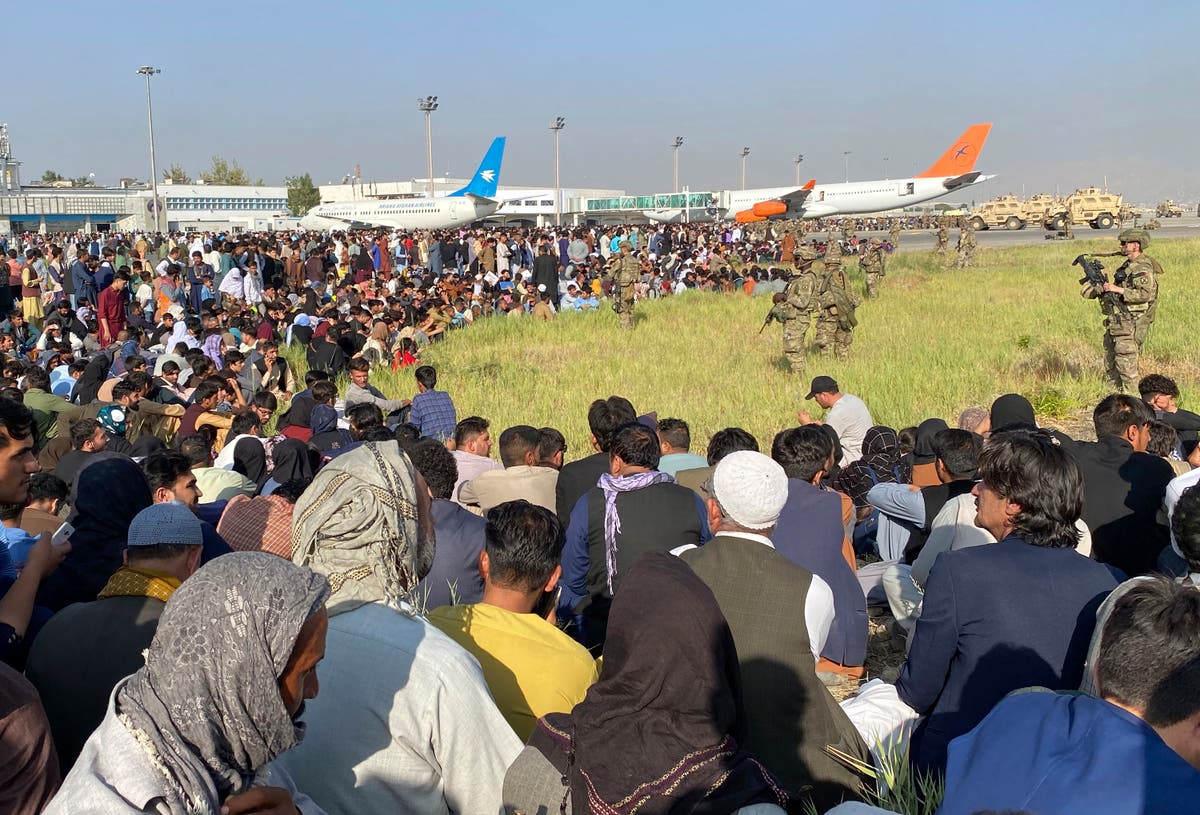 More chaos erupted outside Kabul international airport on Friday as governments rushed to evacuate their citizens from Afghanistan.

While specially deployed US troops have been in control of the airport, access remains under the control of Taliban militants who reportedly have fired shots into the air to disperse crowds.

One Western official told the Reuters news agency: “It's absolutely hectic and chaos out there.”

Thousands of people have been trying desperately to leave but many have been waiting days for their paperwork and documents to be processed by troops.

Heartbreaking footage has emerged of babies and children being passed over barbed wire fences to American soldiers in a bid to get them out of Afghanistan which fell to a military coup on Sunday.

Meanwhile, crowds continue to gather with many of the thousands scrambling for places on planes.

Helmand Khan, an Uber driver from west London, and his young children are among the British citizens in Afghanistan.

The family arrived in Afghanistan a few months ago to visit relatives but they have now desperately been trying to get home.

As many as 700 Britons and Afghans were airlifted out on Tuesday.

UK Ambassador Laurie Bristow said Britain was “trying to scale up the speed and pace over the next couple of days”.

Dozens of planes have been sent to Kabul to assist with the evacuations.

The US military, which is planning to evacuate more than 30,000 people by the end of the month, have been guarding the runways and has taken over air traffic control.

NATO Secretary-General Jens Stoltenberg set out the plans in a news conference on Friday after a meeting of alliance countries’ foreign ministers.

“The US has stated that the timeline ends on August 31, but several of our allies raised ... the need to potentially extend that to be able to get more people out,” he said.

He said the challenge was not so much transporting people from Kabul but getting them to the airport in the first place and this was “an urgent need”.