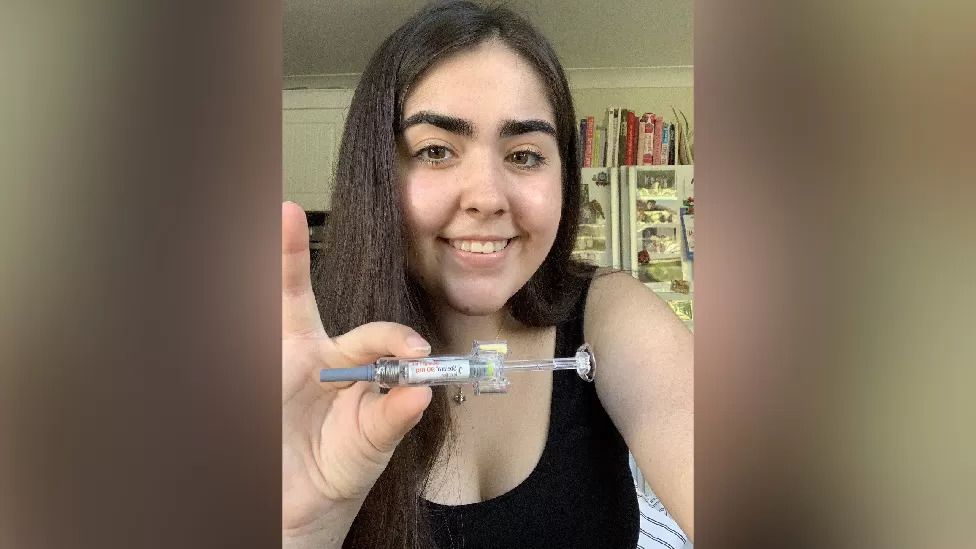 Crohn's: How social media is helping young people with the condition

It was Christmas Day 2020 that Lucy Harman fell extremely ill.

For months before, she had been struggling with worrying symptoms, like blood in her poo, and she'd rapidly lost weight.

But during dinner, she collapsed, and was taken to hospital.

Within 48 hours, she was diagnosed with Crohn's disease.

Now, two years later, the 20-year-old is working with a large community online to raise awareness of the condition and its symptoms.

"I think the important thing is that often people think bowel diseases just affect old people, and they forget that anyone at any age can get it," Lucy - who has over 1 million likes on TikTok - tells BBC Newsbeat.

"I've met such a wide range of people online, some who are really struggling and in hospital all the time and other people who are out there living their lives, controlling their Crohn's quite amazingly."

Crohn's affects people of all ages, and it's a lifelong condition where parts of the digestive system become inflamed.

There's no cure, but the NHS says symptoms can be managed by tablets, injections or surgery. 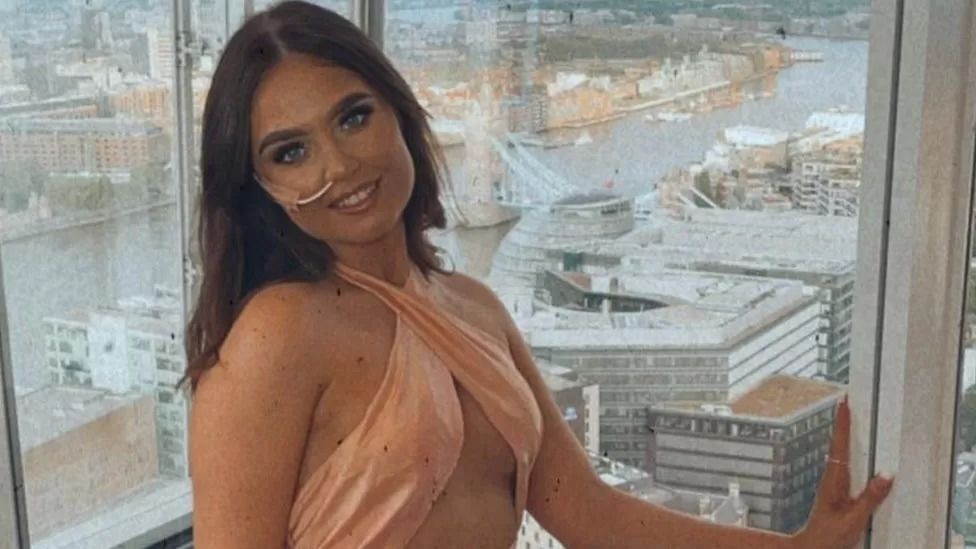 Chloe Dixon is another young woman who was diagnosed with the condition in 2019, and like Lucy, shares her experiences online.

Crohn's most commonly impacts the bowels, but it can impact any area of the digestive tract.

For the 21-year-old, it impacts her oesophagus - it means that she has to wear a feeding tube.

"My main goal is to spread awareness because Crohn's doesn't necessarily mean that you've got to have poor bowel movement," she says.

"It's not always the case, and when you do understand the full extent of Crohn's, it can literally affect any part of your GI tract.

"Even my consultant said to me, it's so rare to have someone like have a patient with Crohn's in their oesophagus, like it's extremely rare."

Chloe says social media has helped her understand more about the condition.

"I didn't know anything about a feeding tube, so to be able to sit there and watch others get their advice really helped me in my journey," she says.

"I always wanted to bring that to others." 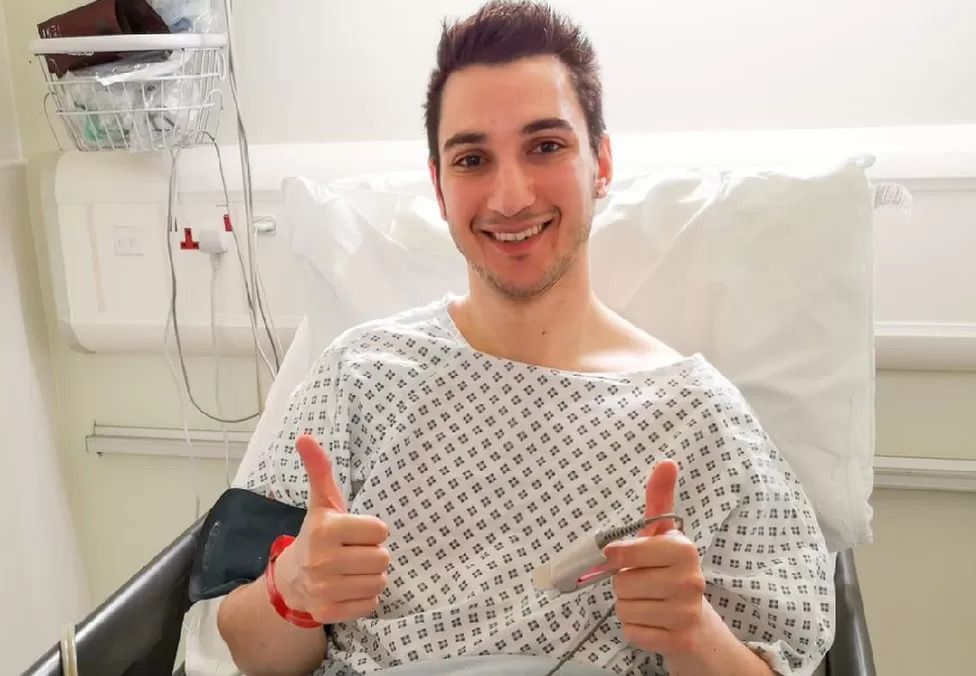 Ziyad was diagnosed with Crohn's at age 17

Ziyad Al-Dibouni, an NHS radiographer, is also trying to raise awareness of Crohn's and colitis, another inflammatory bowel disease, through Instagram and TikTok.

The 32-year-old was diagnosed with Crohn's when he was 17.

He says he was initially told by doctors the symptoms could have been caused by tiredness, or stress from studying for his A-levels.

"When you speak to anyone with an invisible chronic illness, they will often tell you that they will experience some form of symptom or discomfort every single day," Ziyad says.

"And we just kind of get on with it. And lots of people often say that the most common phrase that we hear is 'you don't look sick'."

"I also have a radar key that gives me access to disabled toilets, because Crohn's and Colitis are actually classified as hidden disabilities," he adds.

"And that key has been very helpful as Crohn's disease can be very unpredictable."

What is Crohn's disease?

Crohn's disease affects people of all ages. The symptoms usually start in childhood or early adulthood.

It's a lifelong condition where parts of the digestive system become inflamed.

The NHS recommends seeing a GP if you have, blood in your poo, diarrhoea for more than 7 days, frequent stomach aches or cramps or if you have lost weight for no reason.

Sarah Sleet, chief executive of Crohn's and Colitis UK, says that young people talking openly about Crohn's on social media has been "inspiring".

But she warns that there's a huge amount of misinformation online - so those who suspect they have symptoms should go to the doctor - instead of dealing with the condition themselves, which could be dangerous.

"First of all, young people will look at things that are really not appropriate to dealing with a serious condition which needs proper medical management.

"Sometimes there are quite dangerous restrictive diets, which are completely inappropriate.

"Or they might be told, take some supplements, or why don't you change the way you're living."

She also says young people might mistake symptoms for just being stressed or tired.

Sarah, Ziyad, Chloe and Lucy all say that if you suspect you have any symptoms, to go see your doctor.

"I think there is such a huge stigma attached to speaking about bowel symptoms in general, and not just when it comes to inflammatory bowel disease," Ziyad says.

"I think a lot of the stigma occurs through the lack of understanding or misconceptions some people have on the topic."

"It's incredibly important that you see your diagnosis in a positive light, because sometimes people see it as the worst thing in the world," Lucy says.

"But actually a diagnosis gets you the treatment that allows you to keep living your life.

"And so I think people need to try their hardest to be confident that talking to a doctor is not an embarrassing thing."