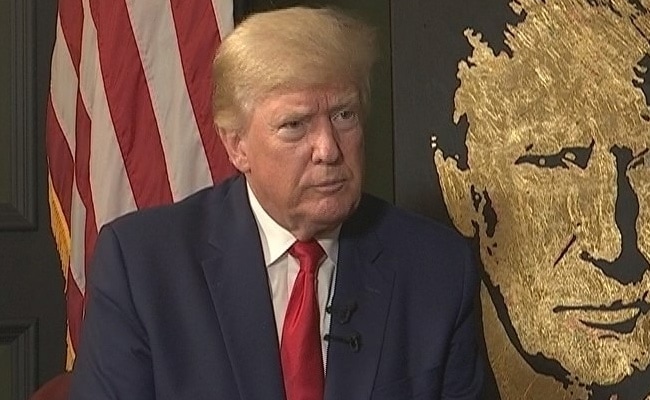 Investigators seized some 11,000 documents in the raid to recover what the government says should be in the US archives.
Documents seized from former president Donald Trump's Florida home in August included highly sensitive intelligence on Iran and China that risked exposure of US spying methods, the Washington Post reported Friday.

Among the documents retrieved by Justice Department investigators included one that described Iran's missile program, and another that "described highly sensitive intelligence work aimed at China," the Post said, citing people familiar with the case.

Investigators seized some 11,000 documents in the raid to recover what the government says should be in the US archives but that Trump illegally took with him when he left the White House in January 2021.

Among those were just over 100 classified documents, some of them classified as top secret and normally kept tightly under seal with only a few people permitted to access them.

However, at Mar-a-Lago they were kept in places that included Trump's personal office, with little security, according to the Justice Department.

The Justice Department justified the raid on grounds of national security, indicating that Trump was suspected of violating the Espionage Act, which forbids the retention and sharing of highly sensitive documents pertaining to national defense.

He was also suspected of obstruction, after his attorneys had told the department in June that there were no more government documents held at Mar-a-Lago.

But Trump has not been charged. After Trump sued, that court appointed an independent "special master" to review the documents to see which ones could be covered by his claims of privilege over them.

Many of the documents, which mixed government records with personal legal and financial documents of Trump as well as press clippings and keepsakes, will be returned to the former president.

In a filing on Thursday to the special master, the Justice Department said that among the official government records there were only 15 documents on which privilege is disputed by the two sides.
#Donald Trump