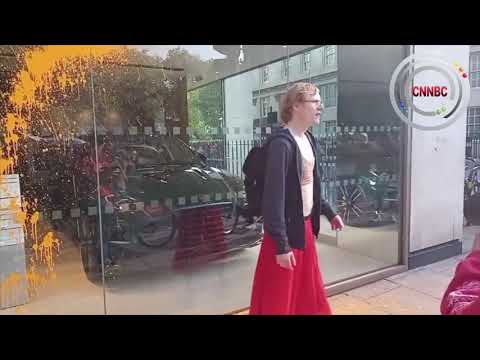 Eco activists spray paint Aston Martin showroom in London hours after they were branded "thugs and vandals" by the UK Home Secretary.
The campaigners, who are calling for the Government to halt all new oil and gas licences and consents, set up the roadblock. Demonstrators sat down in the road, holding large orange banners, with a number gluing themselves to the tarmac or locking themselves together.

One protester then sprayed orange paint over the nearby Aston Martin showroom in Park Lane.

Photos and footage from the scene showed police officers trying to talk to those blocking the road while a cordon was set put up around the activists.

Chloe Thomas, 19, a pregnant mother and freelancer from Cannock who joined the action, said: "How do I explain to my daughter in the years to come where the animals went, where the culture went, where the beauty went, why there are no bees and why I can't put food in her tummy?

"You know it's bad, don't you? As citizens, as humans, as parents and children we have a responsibility and a right under British law to protect ourselves and those we love."

Patrick Michael John McCarthy, 67, a carer from Telford, who was also at the protest, said: "Please understand these actions are not easy for any of us.

"It is uncomfortable, sometimes frightening and financially draining, so why do it?

"Because we have seen the devastating truth about the existential threats we face and cannot 'unsee' that. The real question is why millions aren't in civil resistance rather than why I am."

The campaign group said it will also be protesting outside Downing Street every day in October. 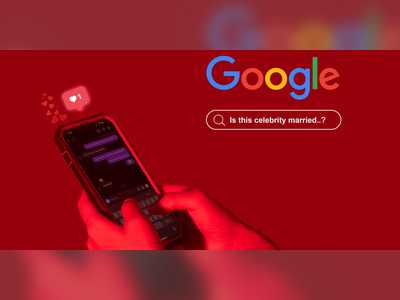 The conversational chatbot is sparking debate over if the technology could replace Google and if it may hurt the tech giant's bottom line.