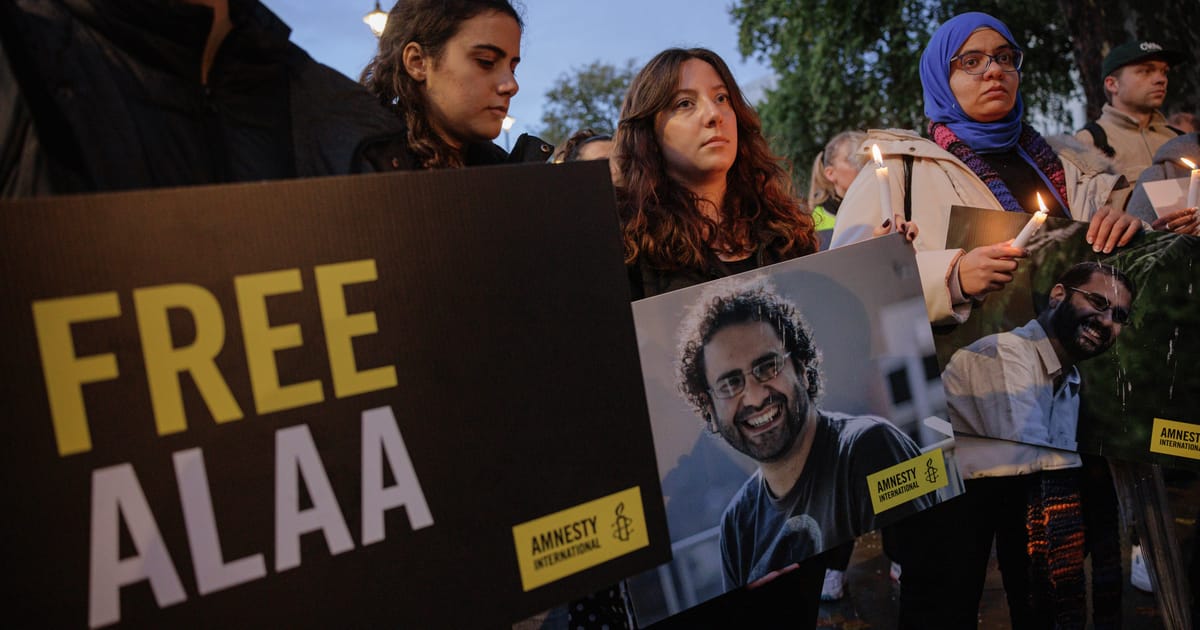 A hunger striker, a stream of sewage and filthy hotel rooms. Organizers are under pressure over climate summit failings.

This country, famous for one mighty river, will be hoping the stream of sewage that flooded through the COP27 conference site was the nadir of an event that is quickly turning into a public relations nightmare.

Hosting the conference was supposed to showcase Egypt as an ambitious champion of renewable energy, a tourist destination and a reliable international actor. The talks themselves, held in a beachside resort town, were supposed to push forward the global response to climate change.

Instead, top officials from Europe and elsewhere have been investigating reports that youth delegates have been left without beds, subjected to extortion, forced to sleep in rooms with no locks and woken up in the night by arbitrary demands for documents — all as part of a program sponsored by the Egyptian Ministry of Youth and Sports.

According to three people familiar with the situation, around 80 youth delegates who had paid around $700 each for their accommodation arrived at their hotel late on Saturday to find they either had no rooms, or were being asked to pay an additional fee of between $300 and $600 per night.

Following hours-long negotiations, some were forced to find new accommodation in the early hours of the morning. Those who finally entered their rooms — in some cases after agreeing to the extra fee — found them filthy and with only four beds for six or seven people. Several were forced to sleep in rooms with no locks and were woken by men entering and demanding their passports.

The Egyptian COP organizers are now under intense diplomatic pressure over the situation, after key negotiators had to leave the talks to ensure their youth delegates were safe. The EU and other delegations raised their concerns with the Egyptian government, the EU’s top international climate policy adviser Jacob Werksman said.

On Thursday, Egyptian authorities said they were “working pretty much around the hour” to address the problems.

“The COP presidency through government officials have intervened,” Wael Aboulmagd, Egypt's special representative to the COP27 president, told reporters. “I know that issues that happened in one case, at least, where people were asked to leave [the hotel]. The instruction, I can assure you from the highest level of government, was that doesn't happen, shouldn't happen, will not happen.”

The COP27 talks have also been lambasted for shortages of food and water — with some delegates noting that the talks felt like a simulation of the hunger games-style deprivation with which climate change threatens millions of people. Or, as POLITICO’s Global Insider put it, a “green Fyre Festival.”

On Thursday, organizers cut food prices in half. Drinks were free — meaning delegates no longer needed to pay for bottles of Coca-Cola, the official sponsor and largest plastic polluter on Earth.

There was some degree of sympathy among delegates for Egypt’s efforts to host the conference while also negotiating a major food and economic crisis.

Even the richest countries struggle under the strain of hosting the major diplomatic events that involve some 30,000 or more delegates descending on the host city — the COP27 headcount is 46,028, a U.N. official said. Last year's COP26 summit — hosted by the U.K. — became legendary for its sad sandwiches and mile-long queues.

“I think people see that we've put in place the best we could as a developing country, to prepare a venue to bring people together to succeed,” said Aboulmagd.

But that sympathy largely runs dry when it comes to the Egyptian government’s human rights record. Multiple rights groups have described Egyptian President Abdel Fattah El-Sisi, a former military general, as an authoritarian ruler who has locked up critics and stamped out protest. 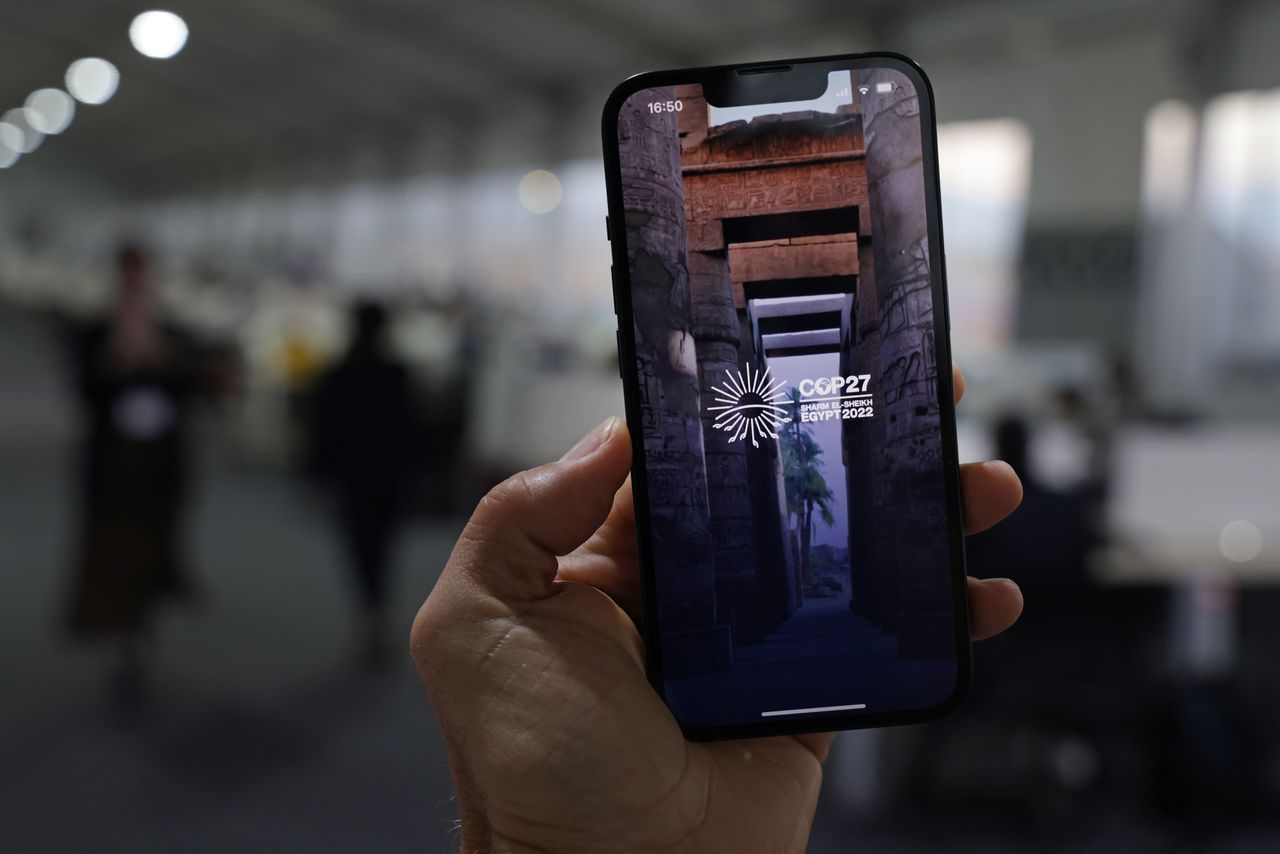 POLITICO spoke to analysts who said the official COP27 smartphone app, which the government encouraged delegates to download, is a "cyberweapon" that could allow authorities to listen to private conversations and access encrypted texts and emails.

Aboulmagd denied this and insisted that was “technically impossible” because of the scrutiny that Google and Apple’s app stores place on products.

Criticism of the Egyptian government's crackdown on political dissent has concentrated on the treatment of imprisoned activist Alaa Abd El-Fattah, who escalated a months-long hunger strike to coincide with the first day of the summit.

The case has been a focus for much of the global media coverage of COP27, particularly in the U.K. where the political activist holds dual citizenship. U.K. Prime Minister Rishi Sunak, along with French President Emmanuel Macron and Germany's Olaf Scholz have all advocated for El-Fattah in COP27 meetings with El-Sisi.

On Thursday, Egyptian authorities notified El-Fattah's mother they had “medically intervened” to save his life.

U.S. officials said he would to talk about human rights with El-Sisi and that the U.S. government was “concerned about that case and the reported condition of his health.”

Asked about the case, COP27's Aboulmagd said: “We engaged directly [with the U.K.] and gave a full explanation to many of the allegations that were made.” He noted that El-Fattah’s sister Sanaa Seif had traveled to the summit and held public events to advocate for her brother, one of which was noisily interrupted by Egyptian MP Amr Darwish.

Seif's attendance was “part of free speech,” said Aboulmagd. “But at the same time, while it is an important issue … We don't want to lose focus on the climate catastrophe that is killing people around the world.” He pointed to the historic decision made on Sunday to hold talks on financing recovery from climate disasters as a huge boon for the conference.

Asked by POLITICO if the issues regarding human rights left the government concerned for Egypt's image, Aboulmagd said: “So far, I think our record is going well."

Human rights activists argue that climate change and justice are inextricably linked. Even if the Egyptians didn’t truly believe that, they should at least pretend more convincingly that they do, said Callamard.

“If they don't do it out of compassion, they should do out of self interest,” she said, warning that if El-Fattah dies, “I can assure you that nobody will remember COP27 in any other way historically than with the death of Alaa.”