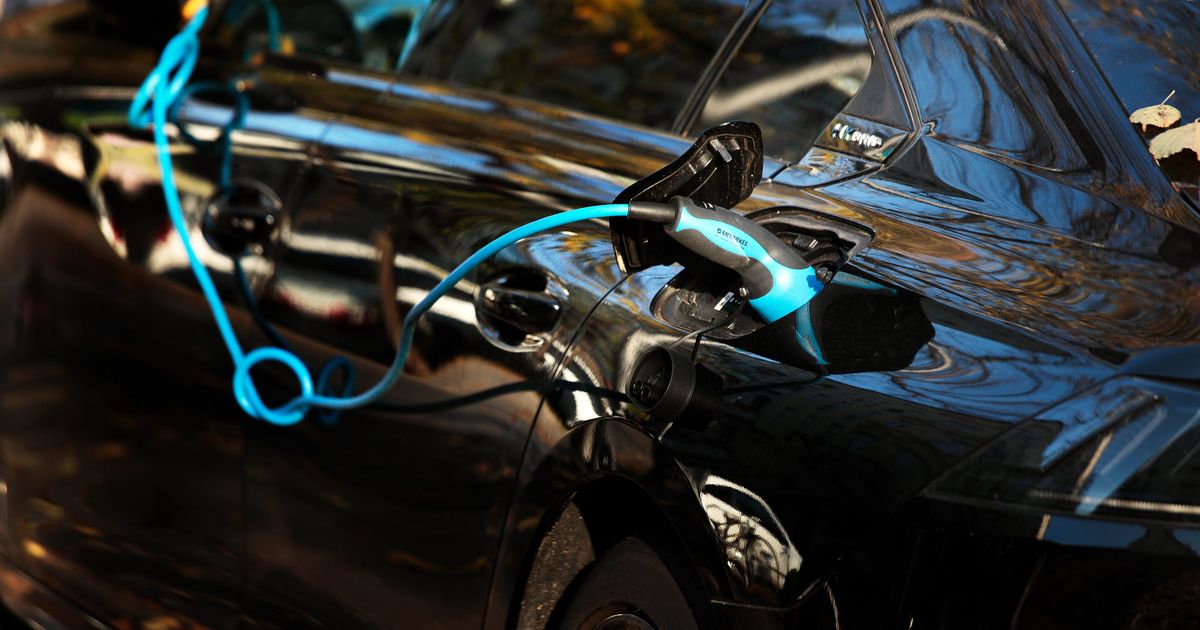 Europe is incensed over a generous subsidy encouraging US consumers to ‘Buy American’ when it comes to greener cars.

If you thought transatlantic trade wars were a forgotten relic of Donald Trump's presidency, think again.

The EU is threatening to pull out the big guns if Washington doesn’t change its new tax credits for electric vehicles, which will incentivize U.S. consumers to "Buy American" when it comes to getting a greener car.

Since the Europeans are pinning their industrial ambitions on the transition to electric vehicle technology, the dispute will be the elephant in the room when EU trade chief Valdis Dombrovskis meets his U.S. counterpart Katherine Tai (virtually) on Thursday.

“This has the potential of becoming a new Airbus-Boeing,” said one EU trade diplomat, referring to the 17-year-long transatlantic trade war over subsidies for the plane makers Airbus and Boeing.

After years of successfully trying to resolve transatlantic trade conflicts, the new subsidies are throwing a spanner in the works, just as the West seeks to forge a united economic front against Russia and on tackling climate change.

“We could do without an additional trade irritant between partners in such a very difficult global context,” said Bernd Lange, the European Parliament’s trade committee chair.

The new tax credits for electric vehicles are part of a huge U.S. tax, climate and health care package, known as the Inflation Reduction Act, which passed the U.S. Congress in August.

The big idea is that a U.S. consumer can claim back $7,500 of the value of an electric car from their tax bill. But to qualify for that credit, the car needs to be assembled in North America and contain a battery with a certain percentage of the metals mined or recycled in the U.S., Canada or Mexico. Those rules become more strict over time, giving American producers time to prepare.

The bill aims to reduce U.S. dependence on countries such as China for the critical materials in the electric car industry. It wants to help the transition to electric vehicles and at the same time create jobs in the U.S., a key policy goal for President Joe Biden.

Indeed, the U.S. has used the need for a shared approach to China in its argument hitting back against EU criticism.

“This bill provides strong incentives to reduce our dependence on China for the critical materials that will power this key industry, and we look forward to working with allies and partners to advance our climate goals, strengthen and diversify our supply chains, and address our shared concerns with China’s non-market policies and practices,” said Adam Hodge, a spokesperson for the office of Trade Representative Tai.

David Kleimann, a trade expert at the Bruegel think tank, was unimpressed with the U.S. position, which he argued marked a setback for the European Commission's efforts to clear up economic relations with the U.S. 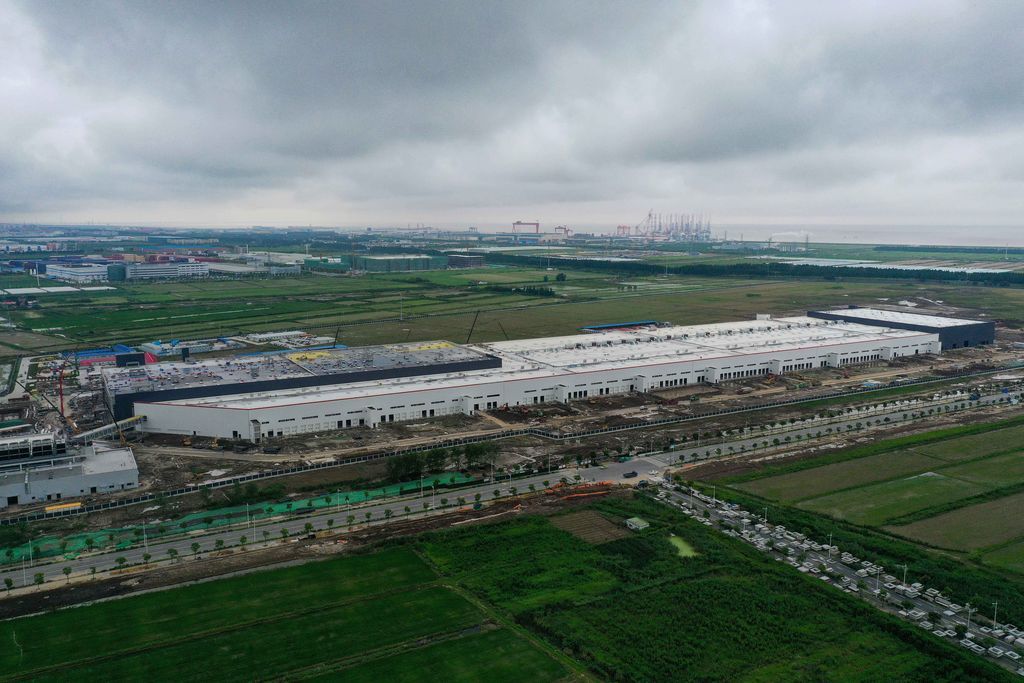 This aerial photo shows the Tesla factory under construction in 2019 in Shanghai, China

"After inventing the concept of 'friend-shoring' last year, the [U.S. Trade Representative], the Treasury, and affiliates seem to slowly but surely run out of semantic innovations to disguise blatantly protectionist policies — 'near-shoring' being the most recent somewhat cringeworthy word creation," Kleimann said.

The EU car lobby ACEA said the measures undermined WTO rules and would also slow down the shift toward electric vehicles, as the local content requirements for batteries didn't reflect “reasonable expectations” for building a local battery supply chain.

The EU warned such tax credits shouldn’t distinguish between foreign and domestic car manufacturers. The European Commission called the bill “discriminatory,” in violation of WTO rules and said they risked undermining shared EU-U.S. climate ambitions. Brussels is now looking into whether to follow South Korea's lead and start a case at the World Trade Organization, although EU trade diplomats still have to discuss how to handle the new trade irritant.

Lange, the Parliament’s point person on transatlantic trade relations, said the EU should consider starting a WTO case if the U.S. fails to address EU concerns “within a reasonable timeframe.”

If Brussels does eventually end up at the WTO, the road toward a solution is set to be long.

The WTO’s Appellate Body, the world's highest dispute-resolution body for trade, is still in limbo due to an American blockade against appointing new judges over complaints about how it functions. But the U.S. also has not signed up for the interim court that was created in its absence, which would make it difficult for Brussels to enforce any victories over Washington.

Precisely to address these kinds of situations, the EU last year introduced new enforcement rules, which allow retaliation when a trade dispute is blocked at the WTO.

Kleimann said the Commission is likely to proceed with caution to try to find a diplomatic solution such as scrapping the measure or concessions in other areas. But he acknowledged the odds of such a resolution were low and cautioned that this dispute may well "eventually result in the first unilateral EU retaliatory measure under the reformed enforcement regulation."

This risks triggering a politicized downward spiral of retaliatory tariff measures, which brings back dark memories of the transatlantic trade wars under Trump, who had argued that "trade wars are good, and easy to win."

Since Dombrovskis took over the EU's trade portfolio two years ago, he has cast himself as a transatlantic peacemaker. Washington and Brussels in recent years called a truce in their festering feud over subsidies paid to airplane makers and on steel tariffs launched against one another.

Brussels and Washington also set up a new body that aims to put the antagonism of the Trump era behind them to cooperate in areas such as robotics, microchips and artificial intelligence. Brussels is frustrated the tax credit was not brought up in technical meetings in the context of that Trade and Technology Council, two EU diplomats said.

But it's not just the lack of communication that led to bad blood — it's also the policy itself. When the EU and the U.S. were seeking a compromise on steel tariffs, there was a broad understanding in EU capitals about the limited room for maneuver that Biden had, especially as steel producers, unions and a section of his party were ramping up pressure ahead of the U.S. midterm elections.

This time around, EU officials are not cutting Biden so much slack.