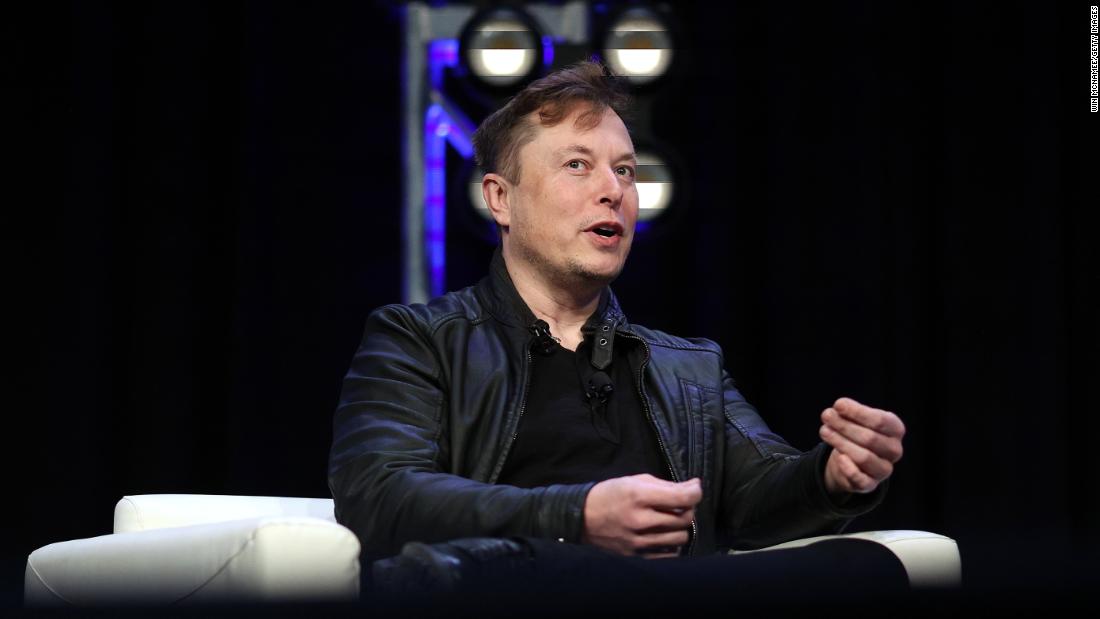 Elon Musk says his offer to buy Twitter is about 'the future of civilization,' not making money

Elon Musk defended his offer to purchase Twitter on Thursday, saying during an on-stage interview at the TED conference that he sees the acquisition as nothing less than a turning point for civilization.
Musk said the proposed deal is not about the economics of Twitter's (TWTR) business, but about ensuring Twitter remains a trusted platform for democracy — describing his vision in characteristically sweeping terms.

"This is not a way to make money," Musk told TED chief Chris Anderson. "My strong intuitive sense is that having a public platform that is maximally trusted and broadly inclusive is extremely important to the future of civilization."

The Tesla and SpaceX CEO railed against what he saw as a lack of free speech on Twitter, and said Twitter should open-source its algorithm to increase transparency in the company's content moderation decisions. That would reflect a major shift in how Twitter operates.

"The code should be on Github so people can look through it and say, 'I see a problem here,' 'I don't agree with this,' they can highlight issues, suggest changes," said Musk.

Asked how he would change Twitter's content moderation, Musk explained that his test for whether a platform adheres to free speech principles is simple: "Is someone you don't like allowed to say something you don't like? And if that is the case, then we have free speech."

Musk mused that if a tweet were particularly controversial, perhaps the company should not promote that tweet, but added, "I think we want to be very reluctant to delete things and just be very cautious with permanent bans; timeouts are better."

Musk acknowledged that even if he purchased the company, there would still be errors.

"I think everyone will still blame me for everything," he said. "If I acquire Twitter and something goes wrong, it's my fault, 100%. I think there will be quite a few errors."

Asked whether he had a backup plan if his bid to purchase Twitter fails, Musk said he has "various" ideas. But he coyly declined to elaborate, saying those would need to wait "for another time."
#Elon Musk  #Tesla