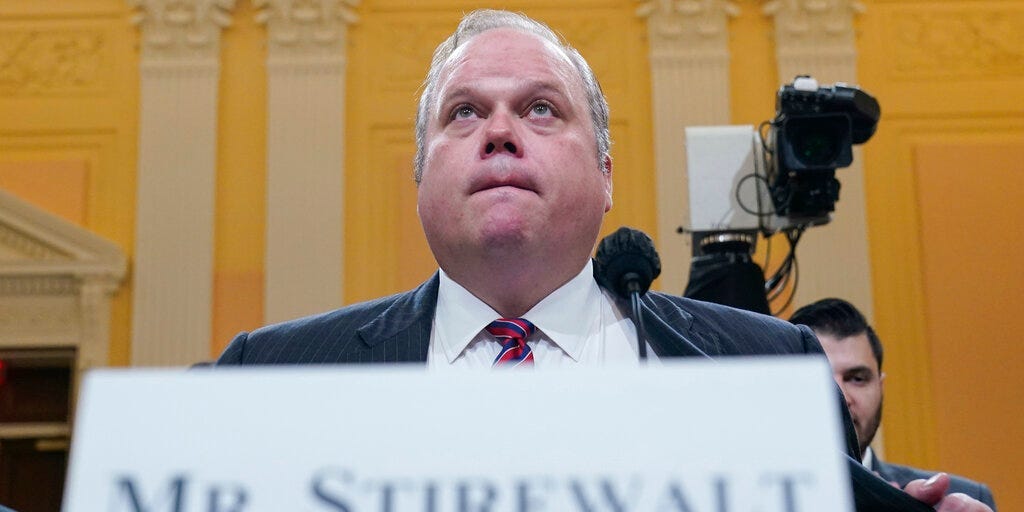 Ex-Fox News editor Chris Stirewalt says network viewers would've been more prepared for a Trump loss in 2020 if they'd been given 'a more accurate' view of the race: book

Former Fox News political editor Chris Stirewalt in his forthcoming book said viewers would have been more prepared for former President Donald Trump's loss in the 2020 presidential election had they been given a "more accurate" assessment of the race through the network's coverage.
In the book, "Broken News: Why the Media Rage Machine Divides America and How to Fight Back," Stirewalt — who was fired from Fox in January 2021 — said that over his 11 years at the network, he increasingly saw coverage that didn't fully capture what viewers needed to hear.

Stirewalt said that such coverage became commonplace during Trump's White House tenure, and pointed to the "rage" that he encountered after the Fox News decision desk called the pivotal state of Arizona for now-President Joe Biden in the 2020 presidential election.

"Amid the geyser of anger in the wake of the Arizona call, Senator Kevin Cramer, Republican of North Dakota, called for my firing and accused me of a 'cover-up,'" Stirewalt wrote.

He continued: "Covering up what, exactly? We didn't have any ballots to count and we didn't have any electoral votes to award. Had viewers been given a more accurate understanding of the race over time, Trump's loss would have been seen as a likely outcome. Instead of understanding his narrow win in 2016 as the shocking upset that it was, viewers were told to assume that polls don't apply (unless they were good for Trump) and that forecasters like me were going to be wrong again."

In June, Stirewalt appeared before the House committee investigating the January 6, 2021, attack at the Capitol, where he remarked on the importance of Arizona and described how the decision desk earnestly sought to inform viewers about the dynamics of the 2020 race, which featured many mail-in and absentee ballots.

Trump was angered that Fox called Arizona for Biden before most other news outlets had done so, but Stirewalt felt confident in his team's conclusion. (Biden won the Southwestern state by roughly 11,000 votes out of nearly 3.4 million ballots cast.)

With Biden set to win Arizona and the outcome in several other swing states still up in the air on election night, Stirewalt spoke of how he tried to prepare viewers for the initial results, which would show Republicans sweeping the Election Day vote — the result of Trump urging his supporters to only vote in-person on November 3, 2020 — while yet-to-be-counted mail-in votes would shift many races toward Democrats.

"We had gone to pains — and I'm proud of the pains we went to to make sure that we were informing viewers that this was going to happen because the Trump campaign and the president had made it clear that they were going to try to exploit this anomaly," Stirewalt said during the hearing. "And we knew it was going to be bigger, because the percentage of early votes was higher."
#Donald Trump  #Joe Biden