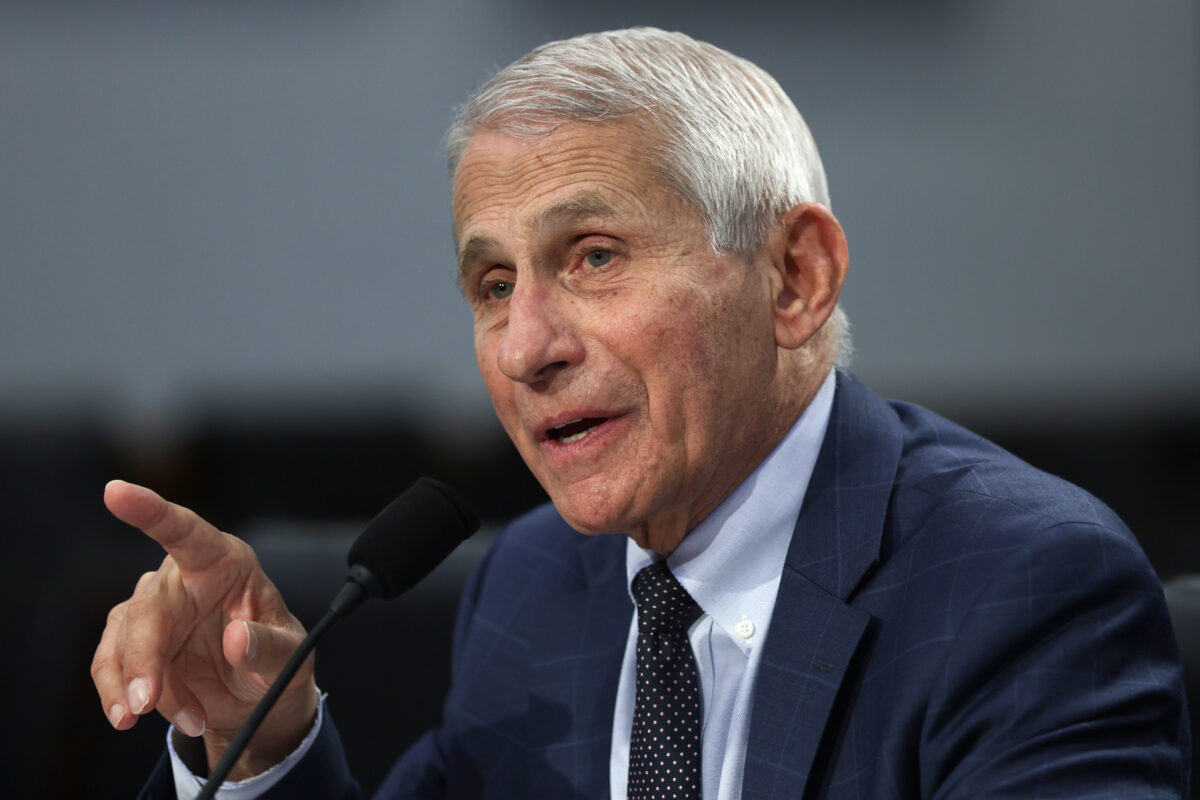 Dr. Anthony Fauci said he could not recall key details about his actions during the COVID-19 pandemic, according to one of the officials who questioned him on Nov. 23.
Fauci, the director National Institute of Allergy and Infectious Diseases (NIAID) since 1984 and President Joe Biden’s chief medical adviser, was deposed by Louisiana Attorney General Jeff Landry and Missouri Attorney General Eric Schmitt, both Republicans.

“It was amazing, literally, that we spent seven hours with Dr. Fauci—this is a man who single-handedly wrecked the U.S. economy based upon ‘the science, follow the science.’—and over the course of seven hours, we discovered that he can’t recall practically anything dealing with his COVID response,” Landry told The Epoch Times after leaving the deposition.

“He just said, ‘I can’t recall, I haven’t seen that. And I think we need to put these documents into context,'” Landry added.

“It was extremely troubling to realize that this is a man who advises presidents of the United States and yet couldn’t recall information he put out, information he discussed, press conferences he held dealing with the COVID-19 response,” Landry added later.

Fauci and NIAID did not immediately respond to requests for comment.

Landry declined to provide specific details about the deposition until it is made public, which will happen at a future date. But he said officials would be able to take some of what they learned to advance their case.

Landry and Schmitt sued the U.S. government in May, alleging it violated people’s First Amendment rights by pressuring big tech companies to censor speech. Documents produced by the government in response bolstered the claims. U.S. District Judge Terry Doughty, the Trump appointee overseeing the case, recently ordered Fauci and seven other officials to testify under oath about their knowledge of the censorship.

Doughty concluded that plaintiffs showed Fauci “has personal knowledge about the issue concerning censorship across social media as it related to COVID-19 and ancillary issues of COVID-19.”

While Fauci qualified as a high-ranking official, the burden of him being deposed was outweighed by the court’s need for information before ruling on a motion for a preliminary injunction, Doughty said.

Wednesday was the first time Fauci testified under oath about his interactions with big tech firms, including Facebook founder Mark Zuckerberg.

Before the deposition, Landry said in a statement, “We all deserve to know how involved Dr. Fauci was in the censorship of the American people during the COVID pandemic; tomorrow, I hope to find out.”

“We’re going to follow the evidence everywhere it goes to get down to exactly what has happened, to get down to the fact that our government used private entities to suppress the speech of Americans,” Landry told The Epoch Times.

The government moved to block some of the depositions, but not Fauci’s. It just won an order blocking the depositions of Surgeon General Vivek Murthy, Cybersecurity and Infrastructure Security Agency Director Jen Easterly, and Rob Flaherty, a deputy assistant to Biden.

Chan was involved in communicating with Facebook, LinkedIn, and other big tech firms about content moderation, according to evidence developed in the case and public statements he’s made. Psaki publicly said while still in the White House that platforms should step up against alleged mis- and disinformation.

That center worked with Easterly’s agency to create a coalition of nonprofits called the Election Integrity Partnership, which pushed social media companies to censor speech.

Kimmage was also responsible for meetings during which censorship was discussed, with State Department official Samaruddin Stewart acting on his orders, according to documents produced by LinkedIn.

Earlier Wednesday, the government asked Doughty to throw out the case, asserting that plaintiffs have not shown the government engaged in coercion against the companies.

“Even emphatic requests or strongly worded urging, see … (President Biden saying failing to take action against misinformation results in ‘killing people’), do not plausibly amount to coercion,” the lawyers added.

Plaintiffs are crafting a response to the motion.

Both sides are also preparing briefs regarding the U.S. Court of Appeals for the Fifth Circuit’s decision that blocked the Murthy, Easterly, and Flaherty depositions.

The appeals court said Doughty had not adequately considered whether alternative means of obtaining the information sought exist, such as deposing lower-level officials or seeking written answers from the higher-level officials.

Doughty ordered plaintiffs to file a brief by Nov. 29. The government has until Dec. 2 to respond. Plaintiffs may reply to that response by Dec. 5.
#Mark Zuckerberg  #Joe Biden  #Facebook  #COVID-19  #Covid