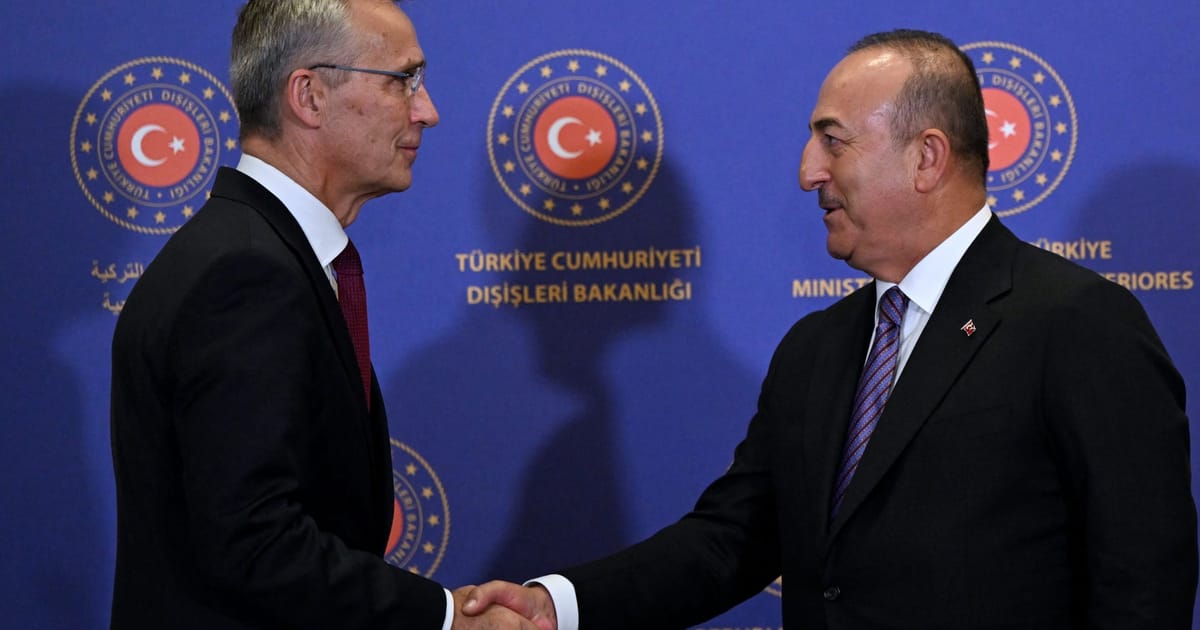 Finland and Sweden ‘have delivered,’ NATO chief says in Turkey

Officials from Turkey, Finland and Sweden signed a memorandum in June to pave the way for the two countries to address Turkish concerns regarding terrorism and arms exports, but Turkey — along with Hungary — has yet to sign off on their accession.

The delay has raised questions about Turkish President Recep Tayyip Erdoğan’s political strategy and whether he is using the issue of NATO accession as a bargaining chip in Ankara’s complex relationship with the United States, as well as to boost his own popularity at home.

“I recognize your concerns,” Stoltenberg said in a press conference alongside Turkish Foreign Minister Mevlüt Çavuşoğlu. “At the same time,” he said, “it is clear that Finland and Sweden have delivered on the memorandum and are committed to the long-term partnership with Türkiye.”

The NATO chief said both Sweden and Finland have taken “major concrete actions” to implement the deal with Turkey, including boosting cooperation on counterterrorism.

“Sweden is passing new legislation prohibiting participation in terrorist organizations, including the PKK, and strengthening the tools on terrorist financing — more extraditions and expulsions are taking place, and restrictions on arms sale to Türkiye have ended,” he said.

Helsinki and Stockholm, he said, have done their part, and “so it’s time to welcome Finland and Sweden as full members of NATO.”

Çavuşoğlu, the Turkish foreign minister, acknowledged that Sweden and Finland have made progress but said that more needs to be done.

“Some steps have indeed been fulfilled,” the minister said, pointing to the lifting of Sweden’s arms embargo as an “important step.”

“But not all components, not all points in the memorandum are completely implemented by these countries,” he said, according to an interpreter.

“We are not there to hamper NATO’s enlargement,” Çavuşoğlu added. “We would like to see these two countries take concrete steps against terrorism,” he said, noting that the new Swedish government’s announcements “have been received very positively.”

Stoltenberg is set to discuss the issue with Erdoğan on Friday. Sweden’s new prime minister, Ulf Kristersson, is also expected to visit Turkey next week for talks on the membership process.

“In these dangerous times,” Stoltenberg told reporters, “it is even more important to finalize their accession, to prevent any misunderstanding or miscalculation in Moscow — and to send a clear message to Russia that NATO’s door remains open.”