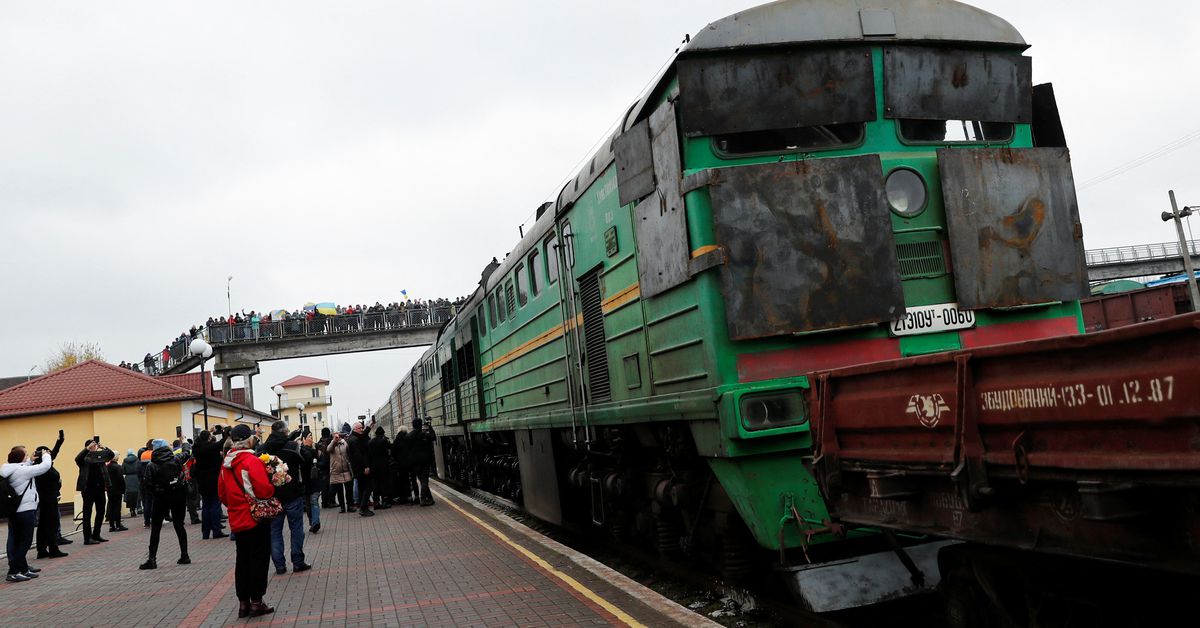 Jubilant Ukrainians rolled into Kherson by train on Saturday for the first time in more than eight months as residents of the newly liberated southern city greeted them on the platform with flowers and national flags.
"I can't even put my feelings into words," said Hryhorii Vyrtosa, a 67-year-old construction worker, shortly after stepping off the overnight route from the capital, Kyiv.

Ukrainian forces liberated Kherson from Russian occupation on Nov. 11 in what amounted to another major battlefield setback for Moscow. It had been the only regional capital captured by Russian forces since the Feb. 24 invasion.

Saturday's journey marked the first time Vyrtosa, a native of Kherson region with Moldovan roots, was able to return after escaping the Russian-occupied city of Skadovsk in April.

Upon arriving, a beaming Vyrtosa fulfilled his pledge to shout "Glory to Ukraine" upon arrival. He then tightly hugged his son, who he had not seen in eight months.

Hundreds of residents of the city, which is currently without electricity, running water or central heating, cheered as they welcomed the train.

"It's a symbol of freedom. It's happiness," said Maria Matsenko, 66, who was holding a Ukrainian flag while waiting on the platform with her friend.

The train, which was brightly painted by various Ukrainian artists and featured slogans such as "People of Steel", departed Kyiv late on Friday following a celebratory event at the main railway station.

The event included a performance by Ukrainian rock singer Oleh Skrypka, with passengers in the crowd, including Ukrainian soldiers, singing along.

Tickets to Kherson first went on sale weeks before its liberation as part of a "Train to Victory" initiative between Ukrainian Railways and President Volodymyr Zelenskiy's United24 fundraising initiative.

The southeastern city of Mariupol, which was heavily damaged earlier this year and is still occupied by Russian forces, is among the other destinations.