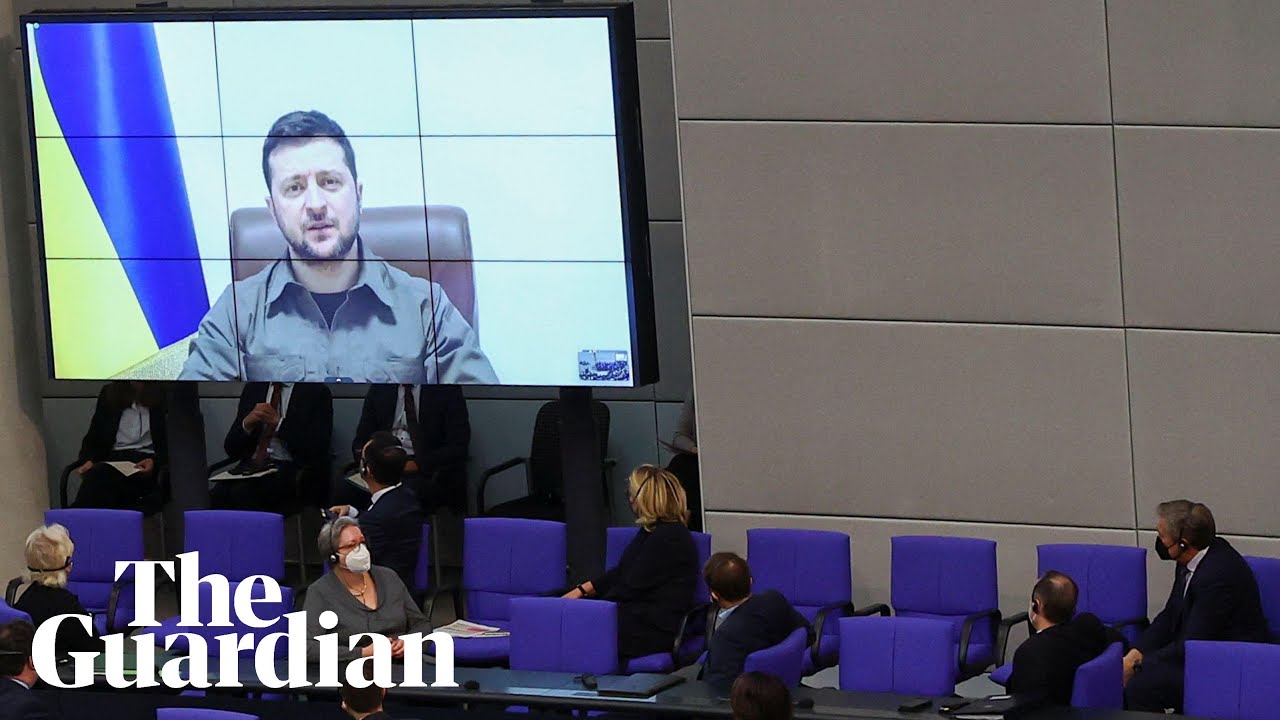 To MPs in London, he channelled Churchill and Shakespeare. To the US Congress, he evoked Pearl Harbor and 9/11. For the Bundestag it was the Berlin Wall; for Canada’s lawmakers, their large Ukrainian community. MEPs in Brussels were reminded of Ukraine’s place in the continent’s family of nations.

Each of Volodymyr Zelenskiy’s addresses to western legislatures has contained historical references carefully chosen to appeal to the audience; each has been greeted with a standing ovation. If he found domestic fame as an actor and comedian, it is the Ukrainian president’s talent as an orator that has won him foreign acclaim.

I have a need': Zelenskiy invokes 9/11 in powerful address to US Congress – video

Speaking by video to German MPs on Wednesday, the 44-year-old leader again displayed his habitual mix of passion, pride and defiance; of brutally vivid portrayals of his people’s suffering; direct, straight-from-the-heart entreaties for more help; and inspiring invocations of common ideals and shared pasts, presents and futures.

But it is his references to each country’s history – and suggestion that this could all be happening to them – that have hit hardest. “Dear Mr Scholz, tear down this wall,” he implored Germany’s chancellor, Olaf Scholz, echoing former US president Ronald Reagan’s 1987 plea to his Soviet counterpart Mikhail Gorbachev from a divided Berlin.

Russia, Zelenskiy said, was now building “not a Berlin Wall, but a wall in central Europe between freedom and bondage, and this wall is growing bigger with every bomb that lands in Ukraine”. Germany’s own history, he said, meant it owed it to Ukraine’s to back the country’s push to join the EU.

Thousands had already died, he said in his address, including 108 children. “And we’re talking about the middle of Europe, in the year 2022,” he said, before adding, in another pointed historical reference: “Once again, attempts are being made to annihilate an entire people.”

In a speech to MEPs on 1 March that brought one interpreter close to tears, Zelenskiy said Ukrainians were literally fighting for a European future. “Thousands of people killed, two revolutions, one war and five days of full-scale invasion of the Russian Federation” is a “very high price” to pay for EU membership, he said.

For British MPs in London, Zelenskiy echoed the wartime words of Winston Churchill and invoked the fight against nazism, telling a packed chamber: “We will continue fighting for our land, whatever the cost. We will fight in the forests, the fields, the shores and in the streets.” Ukraine “will not lose” to Russia, he vowed.

The president also cited Shakespeare to describe his country’s plight. “The question for us now is to be or not to be,” he said. “Oh no, this Shakespearean question. I can give you a definitive answer. It’s definitely yes, to be … Just the same way you once didn’t want to lose your country when the Nazis started to fight you.”

He asked Canadian lawmakers on 9 March to imagine the impact of such a war on their own country, demanding directly of the prime minister, Justin Trudeau: “Imagine that [at] 4am … you start hearing bomb explosions. Justin, can you imagine – you and your children hear all these severe explosions?”

He reminded Canadians that 1.4 million people of Ukrainian descent live among them, the largest Ukrainian diaspora outside Russia, and days after the TV tower in Ukraine’s capital, Kyiv, was struck by a missile, asked: “Can you imagine the famous CN Tower in Toronto if it was hit by Russian bombs? This is our reality in which we live.”

In a virtual address before both chambers of the US Congress on Wednesday, Zelenskiy also invoked key events in the country’s history, including the 1941 attack on Pearl Harbor and the 11 September 2001 terror attacks.

“Just like nobody else expected it, you could not stop it,” he said. “Our country experienced the same, right now, at this moment, every night, for three weeks now.” Citing the civil rights campaigner Martin Luther King, he added: “‘l have a dream’ – these words are known to each of you today. I have a need, a need to protect our sky.”

According to Ukrainian officials, Zelenskiy’s speechwriters produce a first draft from which he freely departs as he speaks. Some of his appeals, – notably for a no-fly zone, which Nato and the EU will not consider for fear of provoking direct conflict with Russia – may not have produced results. But none have fallen flat.