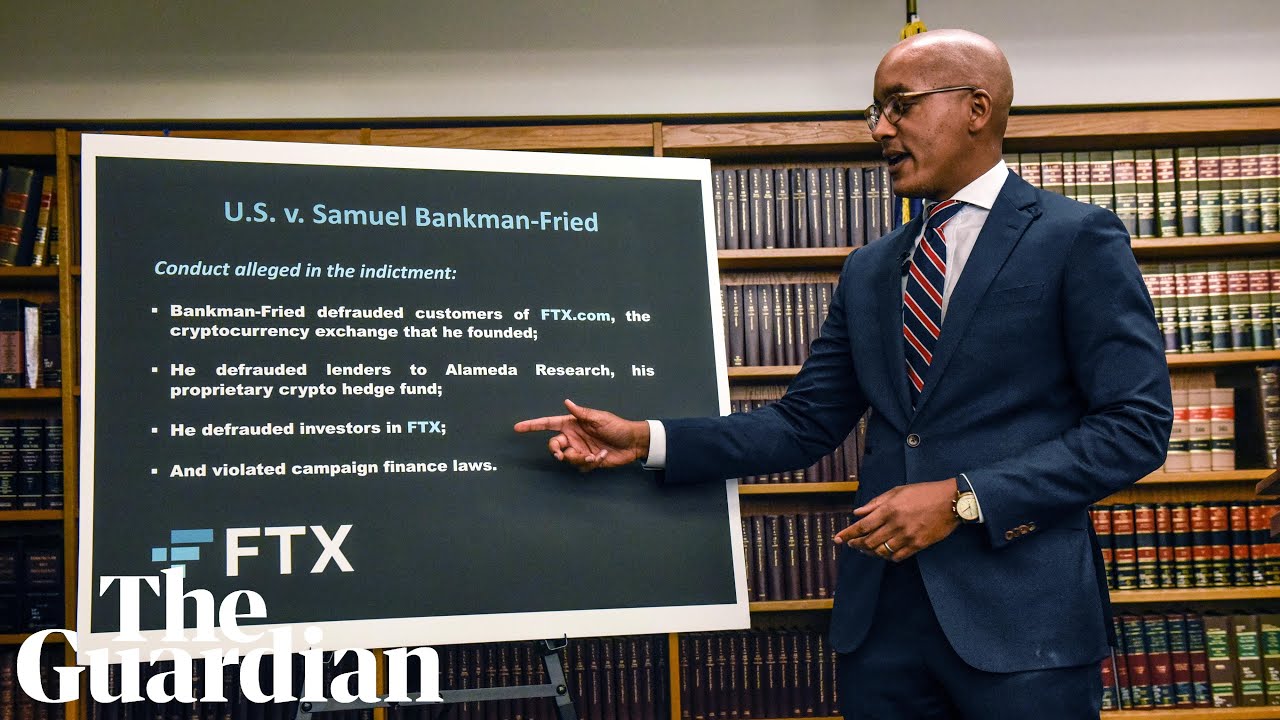 The eight criminal charges filed by the US attorney’s office for the southern district of New York on Tuesday follow civil charges brought by the US Securities and Exchange Commission (SEC) accusing the 30-year-old former billionaire of defrauding investors by building a company that was a “house of cards”.

“This is one of the biggest financial frauds in American history,” said Damian Williams, US attorney for the southern district of New York. He said that while only Bankman-Fried had been charged so far, “we are not done”.

On Monday, police in the Bahamas arrested Bankman-Fried after receiving formal notification from the US of criminal charges against him. Bankman-Fried was denied bail Tuesday by a judge in the Bahamas, after a prosecutor said he was a flight risk, the New York Times reported.

Among other charges, Bankman-Fried is accused of using FTX customers’ deposits to pay debts and expenses to Alameda Research, his hedge fund. The indictment also alleges that Bankman-Fried and others conspired to violate federal rules on political donations.

Bankman-Fried was one of the Democrats’ largest donors, but he has said he also gave to Republicans, hiding the donations as “dark money”. Other FTX entities gave cash to both parties as they lobbied politicians for favourable cryptocurrency regulation.

Bankman-Fried’s fortune was valued at $26bn (£21bn) before his company’s collapse. He and FTX were generous donors to media groups, charities and politicians, giving at least $95,000 to politicians now investigating FTX, according to a Wall Street Journal analysis.

Politicians expressed dismay and anger at the scale of the mess at a hearing of the House financial services committee on Tuesday. FTX’s new chief executive, John Ray III, said he had “never seen such an utter lack of record keeping” at a company.

There were “absolutely no internal controls whatsoever”, said Ray, who has 40 years of experience overseeing some of the world’s biggest bankruptcies, including the collapse of the energy firm Enron. Asked to compare the cases, Ray said Enron’s criminals were “highly sophisticated” whereas FTX executives had engaged in “old-fashioned embezzlement”.
The Democratic representative Brad Sherman told the hearing: “My fear is that people will look at Sam Bankman-Fried as one snake in a garden of Eden. But the fact is, crypto is a garden of snakes.”

Bankman-Fried had been scheduled to appear before the committee but was unable to do so because of his arrest. In his testimony, Bankman-Fried planned to open by telling Congress: “I fucked up.”
The Democratic representative Emanuel Cleaver called the testimony “absolutely insulting. I mean, there’s not a person up here would like to show this to their children.”

The SEC charged Bankman-Fried with “orchestrating a scheme to defraud equity investors in FTX”. It said: “Investigations as to other securities law violations and into other entities and persons relating to the alleged misconduct are ongoing.”

The SEC said Bankman-Fried concealed his diversion of FTX customers’ funds to Alameda Research while raising more than $1.8bn from investors, including about $1.1bn from about 90 US-based investors.

“We allege that Sam Bankman-Fried built a house of cards on a foundation of deception while telling investors that it was one of the safest buildings in crypto,” the SEC chair, Gary Gensler, said on Tuesday. “The alleged fraud committed by Mr Bankman-Fried is a clarion call to crypto platforms that they need to come into compliance with our laws.”

Unusually, Bankman-Fried has been discussing the collapse of FTX publicly even while investigations are ongoing. In a conversation with Bloomberg’s Zeke Faux in late November, he listed $6.5bn of losses from FTX and Alameda, resulting in the insolvency of both companies, including “$250m for real estate, $1.5bn for expenses, $4bn for venture capital investments, $1.5bn for acquisitions and $1bn labelled ‘fuck-ups’”.

This month he told a conference in New York: “Look, I screwed up.” But he maintained he “didn’t ever try to commit fraud” and said he was “shocked” by the collapse of his businesses.

Mark Cohen, a lawyer for Bankman-Fried, said in a statement that his client “is reviewing the charges with his legal team and considering all of his legal options”.