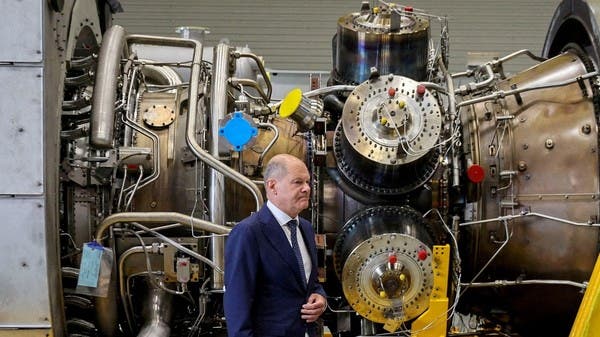 Germany said Tuesday its gas storage facilities were now completely full, helped by a spell of unseasonably warm weather, as the country readies for a winter deprived of Russian energy.
“The total storage level in Germany stands at 100 percent,” the Federal Network Agency, the country’s energy regulator, said in a daily update.

Europe’s largest economy, which for years was heavily reliant on Russian gas imports, has been scrambling to bolster its reserves after Russia cut deliveries in the wake of its February invasion of Ukraine.

The German government had aimed to have its gas storage sites 95 percent full by November, but it reached the target ahead of time in mid-October.

The better-than-expected savings drive was partly down to government efforts to find alternative supplies, especially through imports of liquefied natural gas (LNG) from countries such as Norway and the United States.

Companies and consumers have also heeded government pleas to reduce consumption, made easier by mild autumn weather which has delayed the traditional start of the heating season.

Recent gas use has been “below the average consumption of the last four years” due to temperatures that were 1.9 degrees Celsius (35.4 degrees Fahrenheit) warmer than in previous years, the Federal Network Agency said.

Because some storage sites were physically capable of holding more natural gas, stockpiling “can continue even when the level is 100 percent,” it added.

The milestone came on the same day that Germany inaugurated its first floating LNG terminal, in the northern port of Wilhelmshaven, seen as a key step towards offsetting some of the lost Russian imports.

The first deliveries are scheduled to arrive in December.

Klaus Mueller, the head of the Federal Network Agency, on Twitter hailed the “double success” for Germany’s energy security.

“Wilhelmshaven LNG jetty is ready & gas storage facilities are full to bursting. This is the result of good political decisions,” he tweeted.

“We need this momentum now for the expansion of renewables & their grids.”