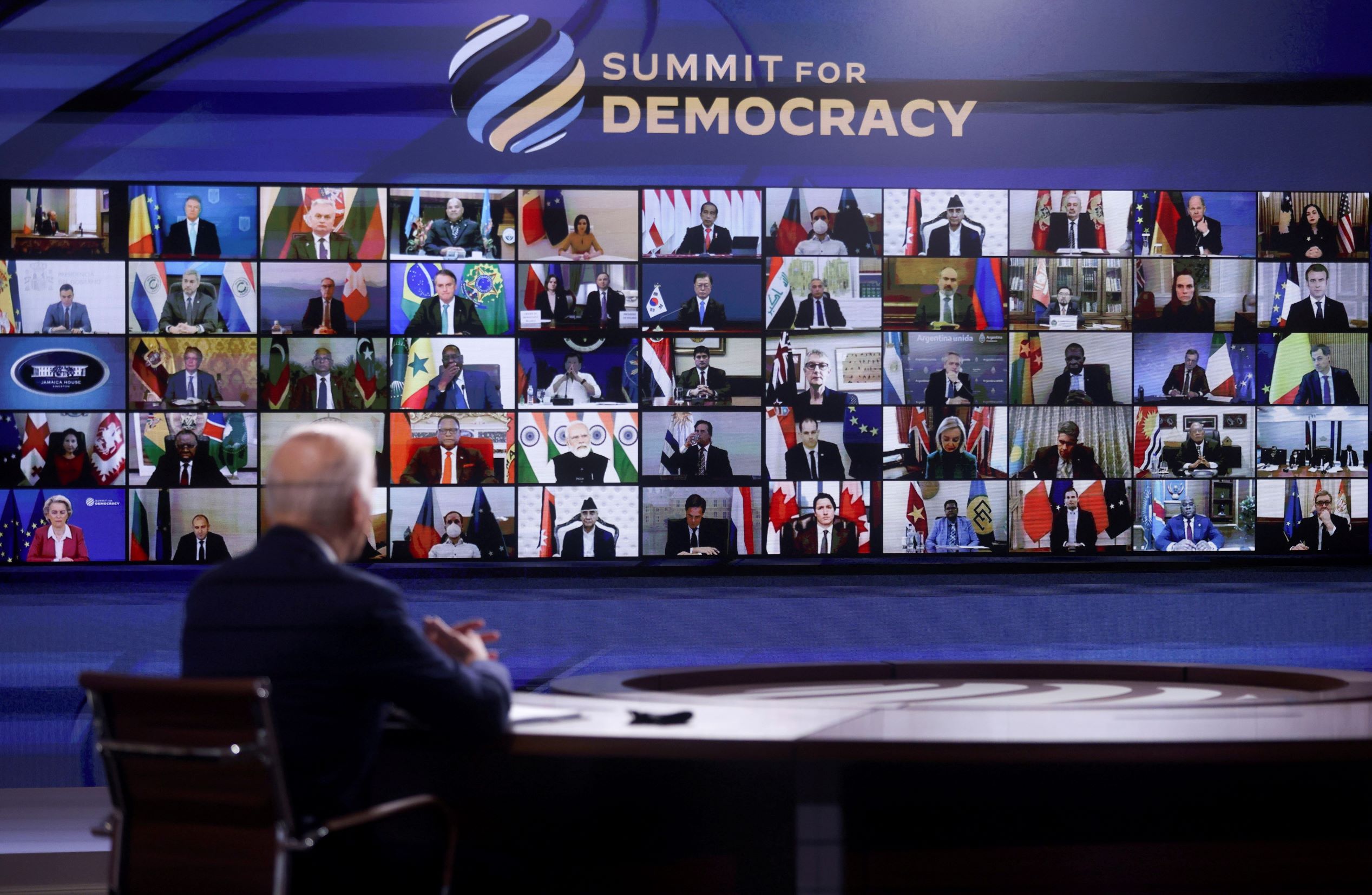 Leaders of more than one hundred countries took part in the U.S.-hosted Summit for Democracy in early December. The outcome was mixed at best, say four experts writing for the Council of Councils global perspectives series.

Leaders of more than one hundred countries took part in the U.S.-hosted Summit for Democracy in early December, seeking to spotlight efforts to confront authoritarianism, fight corruption, and promote human rights.

The outcome was mixed at best, say four experts writing for the Council of Councils global perspectives series, and the democratic struggles faced by the United States itself illustrated the steep challenges ahead. But many pointed to the symbolic importance of the event and the chance to achieve more meaningful results at a follow-up in person summit planned for next year. 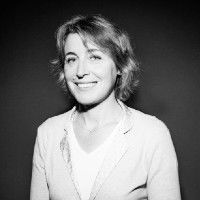 During the 2020 presidential campaign, Democrat candidate Joe Biden ran on the premise that he would, if elected, restore a level of decency in U.S. politics, both at home and abroad. His proposal for a grand Summit of Democracies embodied his intent as president to rebuild the image and leadership of the United States in the world. This became even more urgent after the events of January 6, 2021.

The summit was a difficult sell, however. First, the perception of a deteriorating democracy in the United States endures in a general atmosphere of extremist resentment. President Biden’s approval ratings are in the low 40 percents, and his capacity to carry out a renewal of democracy has accordingly evaporated. Second, the selection of invited countries, determined by both their moral rectitude and U.S. regional interests, was problematic, redolent of situations in which economic sanctions applied by the U.S. government also happen to serve U.S. companies. Third, many allies were reluctant to be drawn into what could be read as a U.S.-led anti-China coalition. Jean-Yves Le Drian, French Foreign Affairs minister, said as much.

The Biden administration therefore downplayed the event, which received little media coverage in Europe. Indeed, a few days after the summit, it is difficult to comment on concrete results. Working groups have been announced, the achievements of which we shall see at the summit’s second edition, hopefully “in real life,” next year.

Summits are a great way to promote an idea and reinforce the image of a country. Branding was also at the core of President Emmanuel Macron’s Paris Peace Forum, which hosted its fourth edition this past November. If they are perceived as empty rhetoric, however, the result in terms of public relations will be poor. This does not mean that democracies should not react to the rise in authoritarianism, corruption, and attacks on human rights. The strategy should instead be to reassure voters at home that the end of the world is not upon them, both in reality (fewer inequalities and less disruption) and in their perception (less rage and insanity in national conversation, which means better regulation of internet content). Biden’s Build Back Better plan would serve the former, and the upcoming European Digital Market Act and Digital Services Act would serve the latter. And perhaps the working groups will be able to deliver efficient measures next year.

Much More Needed to Protect Democracy 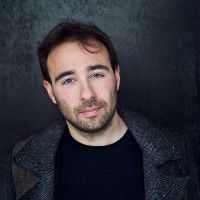 From the beginning of his candidacy, President Joe Biden promised to give high priority to the fight to protect democracies around the globe. In the first year of his presidency, he vowed in the pages of Foreign Affairs to convene a global summit to rally the world’s democracies to a renewed commitment to their founding principles.

In the end, the Summit for Democracy was a deeply ambivalent product of these contradictions. After years of America’s being ruled by a president who often seemed to prefer dictators to democrats, it was a relief to see the country’s commitment to democratic values reaffirmed with—albeit virtual—pomp and circumstance. The need to present at least a few substantive promises at the summit pushed the Biden administration into making sensible commitments in the fight for clean elections and against corruption. The summit was not as embarrassing as its most outspoken detractors had feared.

Yet the summit also laid bare the severe limitations of the Biden administration’s strategy on protecting democracy. For all of the noble sentiments and sensible commitments, nothing said or done at the summit looked as though it could remotely be enough to turn the tide in the fight between democracy and autocracy that Biden has so often invoked. Thus the clearest lesson of the summit is a disheartening one: to rise to the stakes of this moment, the United States will need to go well beyond what even a president who genuinely cares about the fate of global democracy is currently willing to countenance.

An Opportunity Missed for Democratic Renewal in Africa 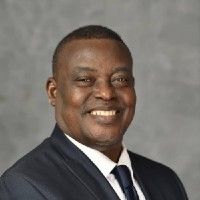 President Joe Biden’s Democracy Summit came at a critical juncture in Africa’s democracy and democratization trajectory, when these processes face some of their greatest threats and challenges yet. After more than twenty years of progress on many fronts—elections, human rights, constitutional rule, and economic growth—many countries have not only plunged deep into conflict, terrorism, poverty, despair, constitutional infractions, overthrow, and instability, but also raised doubts about the efficacy and potency of democracy as a guarantor of good governance, prosperity, and security. Erosion and reversal of (the gains of) democracy remain distinct possibilities. The situation is made worse by the tragedy of failing and impoverished states barely able to discharge the basic obligations of statehood, governance, and security, as well as by uncertainties and recessions generated by global shocks and the COVID-19 pandemic.

The summit should serve as a catalyst to address the issues surrounding the looming danger of democratic reversals in Africa. The most demanding and urgent of these are how to make democracy work for ordinary citizens whose betterment and empowerment are the ultimate goals of democracy; how to make leaders and governments more accountable; and how to strengthen state capacities to drive security, economic growth, and prosperity. The extent to which democracy promotes these goals provides the blueprint to putting it back on track; and the citizens and civil society who have been the main drivers and defenders of democratization in resisting and opposing authoritarian rule and military intervention, fighting corruption, and pushing for human rights, constitutionalism, and accountability are at the vanguard of the required renewal. As data from Afrobarometer and other democracy assessment indexes continue to show, most citizens prefer democracy to authoritarian regimes but have so far felt let down by their leaders and governments. Civil society has also been fairly consistent and persistent but is continually threatened with cooptation and suppression.

The evidence suggests that in finding pathways to strengthening the capacity for building democracies that work, simply defined as democracies that promote viable and sustainable statehood, good governance with strong and accountable institutions, and human security, the focus should be on empowering and collaborating with citizens and the nonstate sector, including political parties. Democracy, it might be said, requires a level of capacitation that is both clearly lacking and beyond the grasp of African citizens and civil society. This is the help needed, not regime change that seeks to change the countries into what outside powers want, but what Africans themselves determine as democracy that works for them.

Sadly, the summit selected African heads of state whose contributions amounted to promissory notes on elections, human rights, and constitutionalism. By downplaying—or in fact neglecting—non-state actors, the summit missed an historic opportunity to hear from the “other side” and robustly engage the complex dynamics of democratic reversals and how they may be remedied.

Summit Could be a Tipping Point for Asia 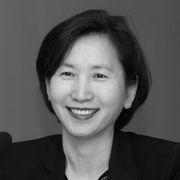 The Summit for Democracy focused on three broad themes: defending against authoritarianism, fighting corruption, and advancing respect for human rights. The Joe Biden administration invited a broad range of countries, some of which have poor democratic credentials even though others with similar records were excluded. The significance of this high-profile summit remains to be seen until the in-person summit is held around this time next year.

Until then, the summit symbolizes the importance of democratic values in the Biden administration’s foreign policy and the return of U.S. leadership in renewing global democracy. European leaders are welcoming this move. Asian leaders should do so as well. The Asia-Pacific, recently mapped as the Indo-Pacific by American strategists, is a critical region where the United States and China compete for influence. Forming partnerships to prove that democracy is a more egalitarian and better performing system of governance than alternative models is important to limiting the spread of authoritarianism.

Strong, international democratic coalitions should make authoritarian regimes and leaders responsible for their atrocious actions and human rights violations. Hybrid regimes are likely to take steps to open or enlarge civic space when appropriate incentives are provided. Asian democracies do not usually integrate democracy into their diplomacy beyond humanitarian assistance and some human security areas. The norm of nonintervention in another country’s domestic politics is strong. It has often been used, however, to rationalize indifference to other countries’ undemocratic practices. Now, they need to approach democracy from an international perspective. Asian democracies such as Japan and South Korea have the resources to assist developing countries to build both governmental and nongovernmental democratic capacities.

For U.S. allies and democracies in Asia, the renewed U.S. effort to promote democracy presents opportunities to collectively balance Chinese influence. Coordinating responses to the pandemic, setting digital standards, and ensuring supply chain resilience can be good areas for allies to establish principles and rules based on openness, freedom, and transparency. That China released propaganda reports and remarks before the summit to tout Chinese democracy as a superior and more legitimate system than American democracy signals the relevancy of the summit. China has been seeking to change the existing global governance system for its own gains for some time. Attracting developing countries to the democracy camp and keeping them there through this kind of summit is crucial to derailing such efforts. The summit is a big-tent approach. Whether it can be effective in reversing the deterioration of global democracy depends on how participating governments and their civil society partners seize the momentum to pursue actionable coordination with like-minded partners inside or even outside the tent.