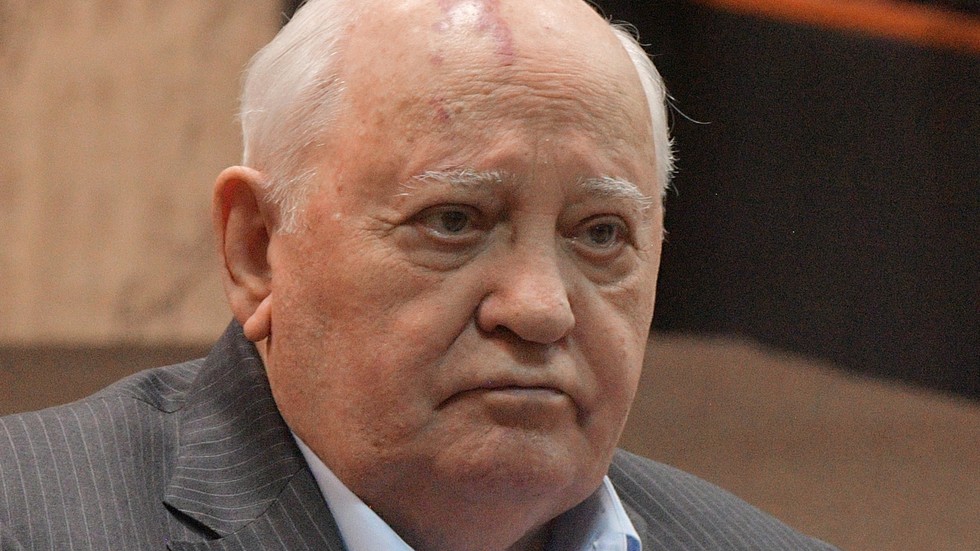 Gorbachev hits out at American 'arrogance'

The fall of the USSR inspired the US to turn NATO into its own empire, former Soviet leader Mikhail Gorbachev has said.

After the Americans declared victory in the Cold War, they became overly self-confident and have now decided to build a brand new empire through the guise of NATO, former Soviet president Mikhail Gorbachev said on Friday.

Speaking to RIA Novosti, Gorbachev accused Washington of becoming too big-headed after the fall of the USSR in 1991, suggesting that Washington got carried away with the “triumphalist sentiment in the West.”

“[The US] became too arrogant, self-confident, and big-headed,” he said. “They declared victory in the Cold War. We were pulling the world together out of a confrontation, out of a nuclear race. But, instead, the ‘winners’ decided to build a new empire.”

According to Gorbachev, America’s imperial ambitions are the reason Washington has supported the idea of expanding NATO eastward since 1991. As well as taking aim at the White House, Gorbachev also condemned the Russian leadership for abandoning other attempts to create collective security in Europe.

However, the former leader welcomed upcoming security talks between Moscow and Washington, and expressed confidence that Russian President Vladimir Putin and his American counterpart Joe Biden can come to an agreement.

“I support it. I hope there will be a result. One that will make all European countries feel safe,” he said.

Last week, Moscow published two draft documents with a list of security guarantees it wants to obtain from the US and NATO. The proposed treaties include restrictions on NATO expansion, as well as the stationing of troops, military equipment, and weapons in the vicinity of the Russian border.

The first round of negotiations on the documents is expected to begin in January.

Gorbachev led the USSR from 1985 until its collapse in 1991 and is seen as one of the most important figures of 20th century history. However, while he enjoys a positive reputation outside of the country, he is viewed differently inside Russia. Many people blame him for the post-Soviet economic crisis that led to a dramatic decline in living standards, as well as a diminution of Moscow’s status on the world stage.

Earlier this month, a study conducted by the state-owned Russian Public Opinion Research Center (WCIOM) revealed that Gorbachev is Russia’s most-hated man from the Soviet era.