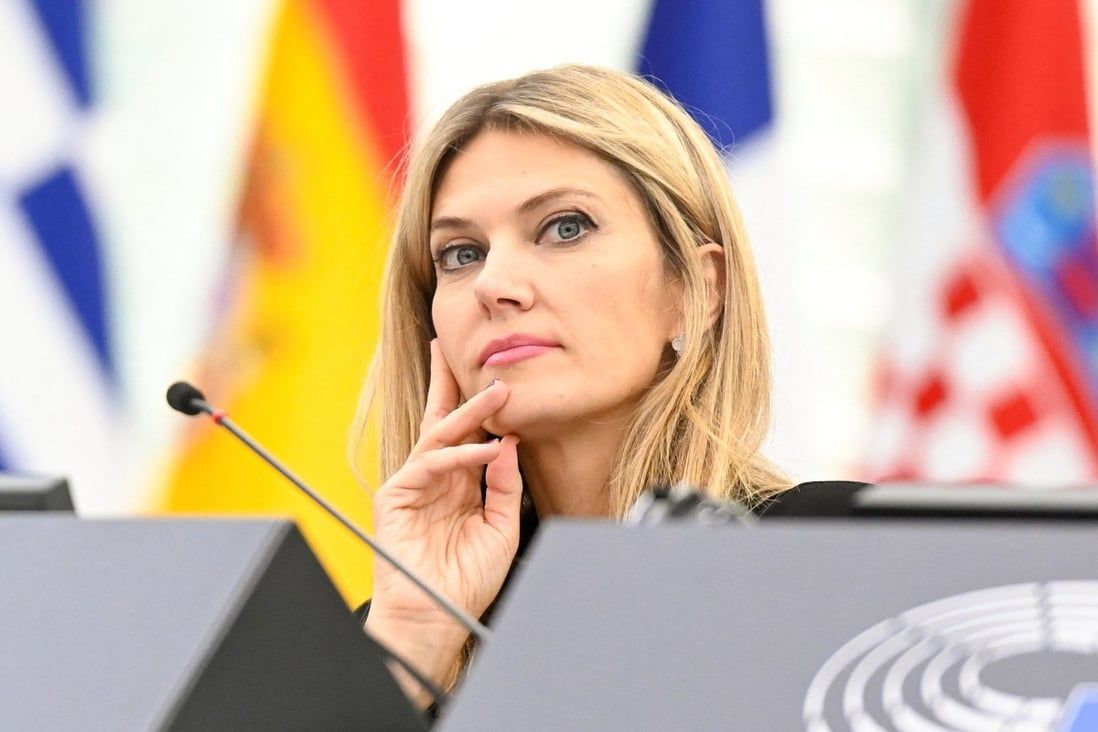 Kaili, who has spoken publicly in support of Qatar’s recent labour reforms, was one of four suspects to have been charged and detained.

Two more have been released and the house of at least one more MEP has been searched by investigators.

The Belgian federal prosecutor’s office did not identify the four by name, but a judicial source confirmed to Agence France-Presse that Kaili was among those charged.

“Four individuals have been arrested by the Brussels investigating judge who is leading the investigation,” the federal prosecutor’s office stated.

“They are charged with participation in a criminal organisation, money laundering and corruption. Two persons have been released by the investigating judge.”

The arrests followed raids in Brussels which prosecutors said turned up €600,000 (US$630,000) in cash. Police also seized computers and mobile phones.

The second search of an MEP’s house is understood to have involved a Belgian member, since the president of the parliament, Roberta Metsola, was invited to witness the raid.

The judicial source identified him as Marc Tarabella, a Belgian socialist and vice-chair of the parliamentary delegation “for relations with the Arab peninsula”. He has not been charged.

Under the Belgian constitution the European Parliament president must attend if one of the country’s MEPs is targeted by a search, Metsola’s office confirmed.

A spokesman confirmed Metsola returned from Malta to Brussels late on Saturday to be present.

“The European Parliament and President Metsola stand firmly against corruption, are actively and fully cooperating with law enforcement and judicial authorities to assist the course of justice.”

The EU’s economy commissioner Paolo Gentiloni on Sunday said the case was “seriously damaging” to the parliament’s reputation.

The former Italian prime minister said during a show on Italy’s state broadcaster Rai that if the allegations were confirmed, “I think it would really be one of the most dramatic corruption cases in recent years”.

Kaili has been stripped of her responsibilities as a vice-president of the parliament, notably that of representing Metsola in the Middle East.

She remains an MEP and would normally enjoy immunity from criminal prosecution.

But there is an exception in cases where a suspect is caught red-handed in the act of committing an alleged crime and, according to the judicial source, Belgian police detained Kaili in possession of “bags of cash” and thus she was brought before the judge.

Questions of corruption are now expected to hang over this week’s European Parliament plenary session in Strasbourg, where Kaili’s party grouping the Socialists and Democrats will be under pressure from opponents on the right and left.

French MEP Manon Aubry, co-Chair of the Left Group in the European Parliament, called on Kaili to resign her position as vice-president, for a full parliamentary debate on the affair on Monday and an internal parliamentary inquiry.

“What this affair demonstrates is the need to clean house in the institutions and to considerably reinforce the ethical rules …,” she tweeted on Sunday.

Metsola, herself a Maltese conservative, has called a meeting of the leaders of the parliament’s political blocs on Monday to discuss the Belgian investigation, two parliamentary sources told Agence France-Presse.

Some MEPs also now plan to oppose opening the debate on visa liberalisation for Qatari travellers, potentially derailing a major diplomatic goal of the gas-rich nation.

Among the six arrested on Friday, after at least 16 police raids of premises in Brussels, were the former MEP Pier-Antonio Panzeri and his fellow Italian Luca Visentini, the general secretary of the International Trade Union Confederation (ITUC).

According to Belgian media, Kaili’s father is also implicated, caught transporting cash “in a suitcase”.

“It is suspected that third parties in political and/or strategic positions within the European Parliament were paid large sums of money or offered substantial gifts to influence parliament’s decisions,” the prosecutor’s statement said, without pointing fingers at Qatar.

The scandal erupted during the 2022 football World Cup, an event Qatar had hoped would boost its reputation but which has been dogged by allegations of mistreatment of the migrant workers who built the host’s new stadiums.

Kaili visited Qatar just ahead of the World Cup and praised the country as a “front runner in labour rights” a sentiment she has repeated on the floor of the parliament, to the consternation of some MEPs.