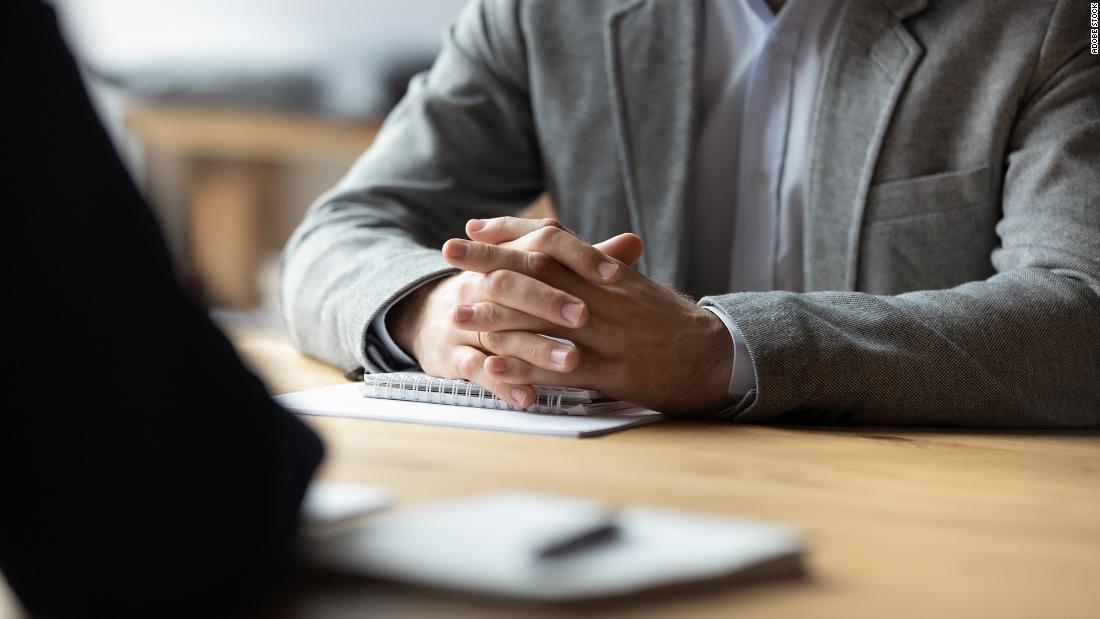 Here's what happens when salary is actually included in job listings

Job listings can be extremely detailed, with long lists of responsibilities and required skills, descriptions of company culture and perks, and numerous other reasons for why you might want to work there. But there's often one glaring omission: the pay.

Only about 12% of postings from US online job sites include salary ranges, according to Julia Pollak, chief economist at ZipRecruiter. And that's an increase from 8% in 2019.

Part of the reason for the uptick is the stronger job market, Pollak said. "A tightening labor market does appear to have caused more companies to disclose pay rates," she said.

But a growing number of companies will soon be required by their local governments to disclose what they'll pay.

A new law in New York City, for example, requires employers to include a salary range on job listings. The law, which goes into effect in May, applies to employers with four or more employees, and excludes temporary staffing firms.

"Our new law shines a light on pay inequity," Helen Rosenthal, a former City Council member and sponsor of the bill, told CNN in a statement last month.

"Including pay ranges in job postings allows job seekers to determine whether they will be able to support themselves and their family when they apply for a job."

Colorado has a similar law that has been in effect since January 2021, and a few other states, like Rhode Island and Maryland, have legislation that requires employers to provide salary ranges upon request.

Why the big secret?

Labor costs are a major expense for companies, and staying mum on what they're willing to pay can enable them to hire candidates for less, said Katie Donovan, founder of consultancy Equal Pay Negotiations.

"Companies don't want informed consumers ... because the more informed the consumer is, the harder it is to negotiate a savings of any kind," she said.

"There's definitely a mindset that the job of recruiting and hiring is to bring in the best person at not a penny more than needed. And the best way to do that is don't tell them how much you actually have available."

Keeping the number under wraps can also be a negotiation strategy. "The person who says a number first loses," said Donovan.

Publishing salary information also means that competitors and current employees can see what a company is paying.

In some cases, current employees may discover that they are underpaid, which could lead them to demand more or find a new job.

"That's the scary part, that is why [companies] aren't putting it in writing," she said.

Why it's good for employers

But posting salaries can also be advantageous to companies when it comes to negotiating, said Zoe Cullen, assistant professor of economics at Harvard University.

"Firms that firmly set a price for a particular job have a high degree of bargaining power in the sense that they are announcing to potential job candidates that, 'if you try to negotiate anything higher than this price, it is going to effect everybody else because I will have to publicly adjust the going rate for this job.'"

"When people are searching for work, [compensation] is the most salient concern typically. So if they don't find the [salary] information they need, they may not waste the time going through the process at all," said Pollak.

At the same time, employers can also create a more qualified applicant pool.

"It saves them the time and energy of searching through candidates who are never going to accept the job... people will self-select out when the [salary] is too little," said Donovan.

She added that when companies are more upfront about salaries, it can help create trust. "They feel more respected and apply more when there is the information...it's like 'OK, they are treating me like a human being.'"

Why it's good for job hunters...

For starters, published salary ranges help job seekers understand what the market is willing to pay for certain positions.

"If you have the ability to know what salary is being offered and know what others are earning, then you are in a position to advocate for yourself," said Laurie Berke-Weiss, principal attorney at Berke-Weiss, a labor and employment law firm in New York City.

Knowing what a job pays from the start can also make the job-hunting process more streamlined. In the current tight labor market, candidates are being more selective about what roles they apply for, and advertised salary ranges can help them narrow down their options.

"Role descriptions can be made to sound more than they are and [job seekers] can go deep into the process and realize that the salary is significantly lower than what they make right now," said Rohan Rajiv, group product manager at LinkedIn. He added that LinkedIn job postings that included salary information increased by 50% in January 2022 from January 2021.

Laws requiring salary disclosure, as well as other laws like banning companies from asking about salary history, can also help with pay equity.

Studies show women and people of color tend to be paid less than White men in the same roles. To right the issue would require significant salary increases.

"Mathematically, for a Hispanic women to answer the question: What are you looking to earn in this job? For her to say the same number as a White guy, she would have to increase her current pay by over 100%... just based on statistics," said Donovan.

...And also for existing employees

Posting salary ranges can be enlightening for current employees as well.

"[If employees] see that they can get a 20% increase just by going to the competition, they'll start paying attention to their openings," said Donovan.

Such transparency can also help existing employees know if they're underpaid.

"Most people think that the people with longer tenure [at a company] are making more than the new kid that just started. But no, the new kid is probably making more," said Donovan. "The new kid is getting paid the current market value and your 2% [annual] raise hasn't kept up with the market rate."

Cullen's research shows that employers' public disclosures of pay ranges can reduce a worker's bargaining power and limit their ability to ask for more beyond the range.

But there's more to compensation than what's on a paycheck. Companies can also offer benefits like signing bonuses, stock options, and other perks that they might not always be required to be disclosed.

"You can have a company that is very openly, publicly committed to pay transparency, but if they really want a candidate who requires more to take the job than they initially offer, they can find ways to make that posted salary range still hold," said Pollak. "Companies can find all kinds of creative ways to get around these requirements."