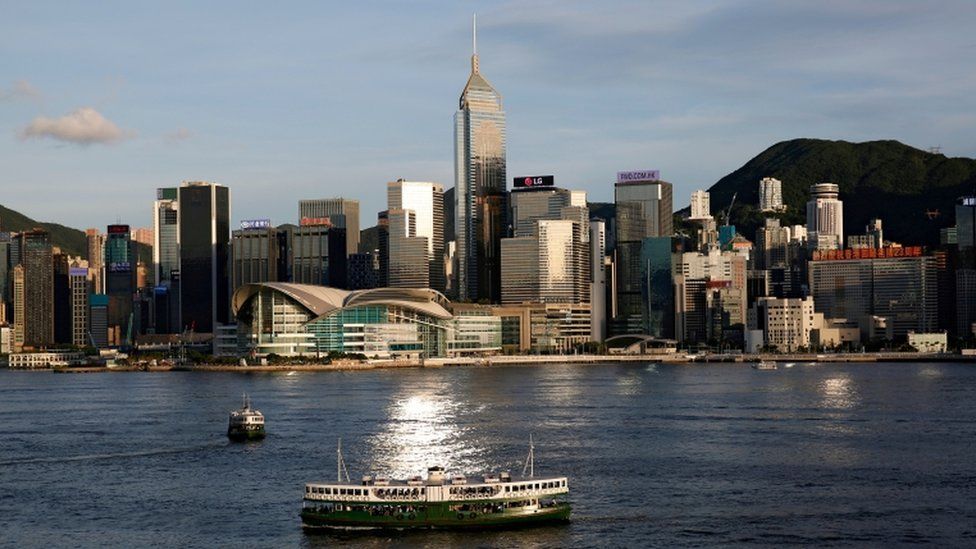 But an industry group says technology giants may pull out of the city over fears that they could become liable for user content.

Hong Kong's leader, Carrie Lam said officials would meet companies that are concerned about the changes.

In a letter, the Singapore-based Asia Internet Coalition (AIC) - which counts Facebook, Google, Twitter and Apple amongst its members - said the proposed legislation was too broad.

"The local staff of overseas platforms in Hong Kong are not responsible for the operations of the platforms; neither do they…have access right or control to administer the online platform contents," the AIC said.

"The only way to avoid these sanctions for technology companies would be to refrain from investing and offering their services in Hong Kong, thereby depriving Hong Kong businesses and consumers, whilst also creating new barriers to trade," the letter added.

The letter, which was written on 25 June and made public on Monday, was addressed to Hong Kong's Privacy Commissioner for Personal Data.

In response, the government department reiterated that the changes to the law would only concern unlawful doxxing.

The AIC has told the BBC that the letter does not mention individual companies or that any one member is planning to leave Hong Kong.

When asked about the warning on Tuesday, Hong Kong's chief executive dismissed the concerns.

"We are targeting illegal doxxing and empowering the privacy commissioners to investigate and carry out operations, that's it," Ms Lam told reporters at a weekly news briefing.

She also signalled that her government would continue to fast-track the new legislation.

In May, Hong Kong's government announced plans to change data privacy laws after doxxing was widely used during pro-democracy protests in 2019.

The tactic was used to name police officers and court officials who had helped to crack down on protests online or worked on legal cases in which activists were prosecuted. Journalists and protestors were also targeted.

The proposed changes to the laws would ban doxxing and give authorities the power to force social media companies and websites to remove personal information from their platforms.

In 1997, the former British colony of Hong Kong was returned to Chinese rule with guarantees of continued freedoms.

Pro-democracy activists say those freedoms are being eroded by Beijing, especially in the wake of a controversial national security law which was introduced last year. China denies these allegations.