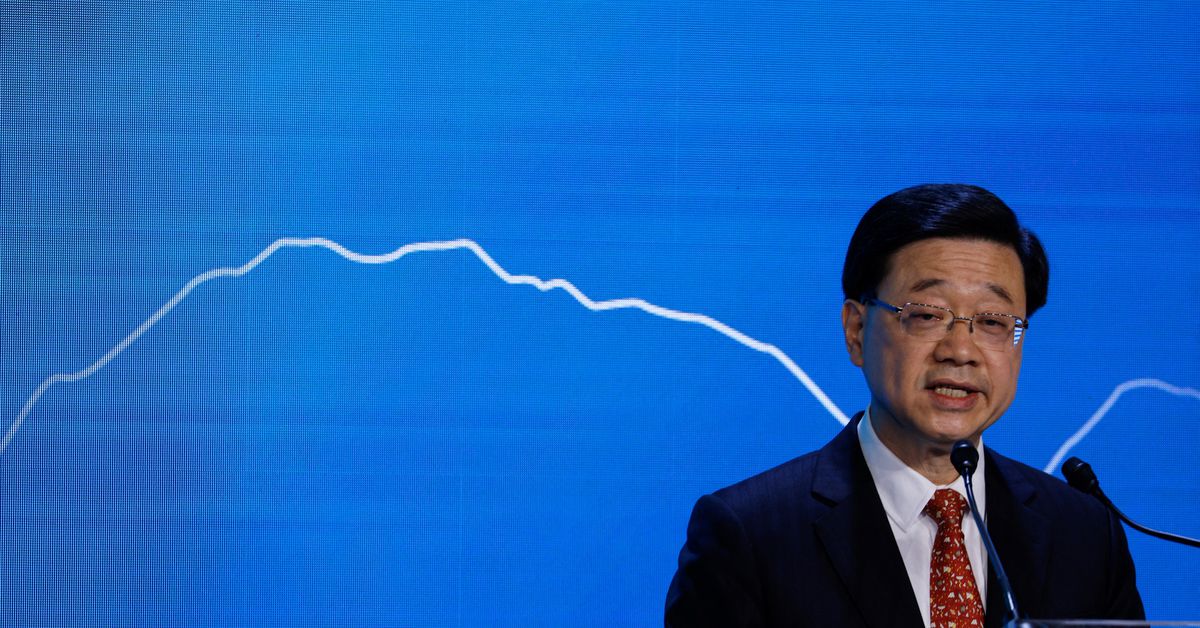 Hong Kong and Chinese officials on Wednesday touted the city's connection to the world's second-largest economy as they looked to restore its reputation as a global financial hub after years of punishing COVID crackdowns.

Hong Kong and Chinese officials on Wednesday touted the city's connection to the world's second-largest economy as they looked to restore its reputation as a global financial hub after years of punishing COVID crackdowns.

Hong Kong's status as a premier financial centre has been clouded by strict anti-virus restrictions, anti-government protests in 2019 and China's imposition of a sweeping national security law on the city a year later.

An international business conference on Wednesday was the biggest corporate event in Hong Kong since it shut its borders in 2020 to combat the pandemic. Those measures have badly hit the economy and have resulted in an exodus of talent.

"Hong Kong remains the only place in the world where the global advantage and the China advantage come together in a single city," Hong Kong Chief Executive John Lee told about 250 participants in the Global Financial Leaders' Investment Summit, organised by the city's de-facto central bank the Hong Kong Monetary Authority (HKMA).

"This unique convergence makes Hong Kong the irreplaceable connection between the mainland and the rest of the world."

Some of the world's biggest banking bosses, including Goldman Sachs' (GS.N) David Solomon and Morgan Stanley's James Gorman, were in Hong Kong for the first time in almost three years for the summit.

For foreign financial firms operating in China and Hong Kong, the summit comes as they navigate growing tensions between the United States and China, which have also caught the former British colony in the crosshairs.

In pre-recorded interviews for the summit, China's top regulatory officials on Wednesday also pledged their support to Hong Kong and said reforms and liberalisation would continue in China to attract foreign investors.

"Whilst we are all very pro-China, and like vice chairman Fang said we are not reading the American press, we actually buy the story, but it is a bit (of a) waiting for zero-Covid to open up in China and see what will happen," he said.

China is fighting its largest COVID outbreak since the summer as cases again erupt across the country, triggering concerns that Beijing's heavy-handed response to outbreaks is exacting a growing toll on the world's second-largest economy.

Lee said that Hong Kong was working to attract top talent to offset a major brain drain in the past three years due to pandemic rules.

Hong Kong has eased COVID curbs in recent weeks, with the city scrapping a hotel quarantine requirement for all visitors in September.

The summit saw business leaders gather in a hotel ballroom without facemasks, which are still mandatory outdoors.

"It is great for Hong Kong to open up and we are glad to be back," Anand Selvakesari, CEO of personal banking and wealth management of Citigroup told Reuters on the sidelines of the conference.

Global financial institutions have long flocked to Hong Kong as a springboard into China, looking to tap into its rapidly expanding economy and its trillions of dollars worth of financial markets.

Held against the backdrop of heightened market volatility, top bankers at the summit said central banks will get inflation under control, but there will be turbulence in the near-term due to monetary tightening and geopolitical risks.

It "allows exposures where there's leverage in the system to be amplified very quickly," he said, while pointing to the recent markey volatility in the UK as an example of how things could go wrong during a liquidity squeeze.