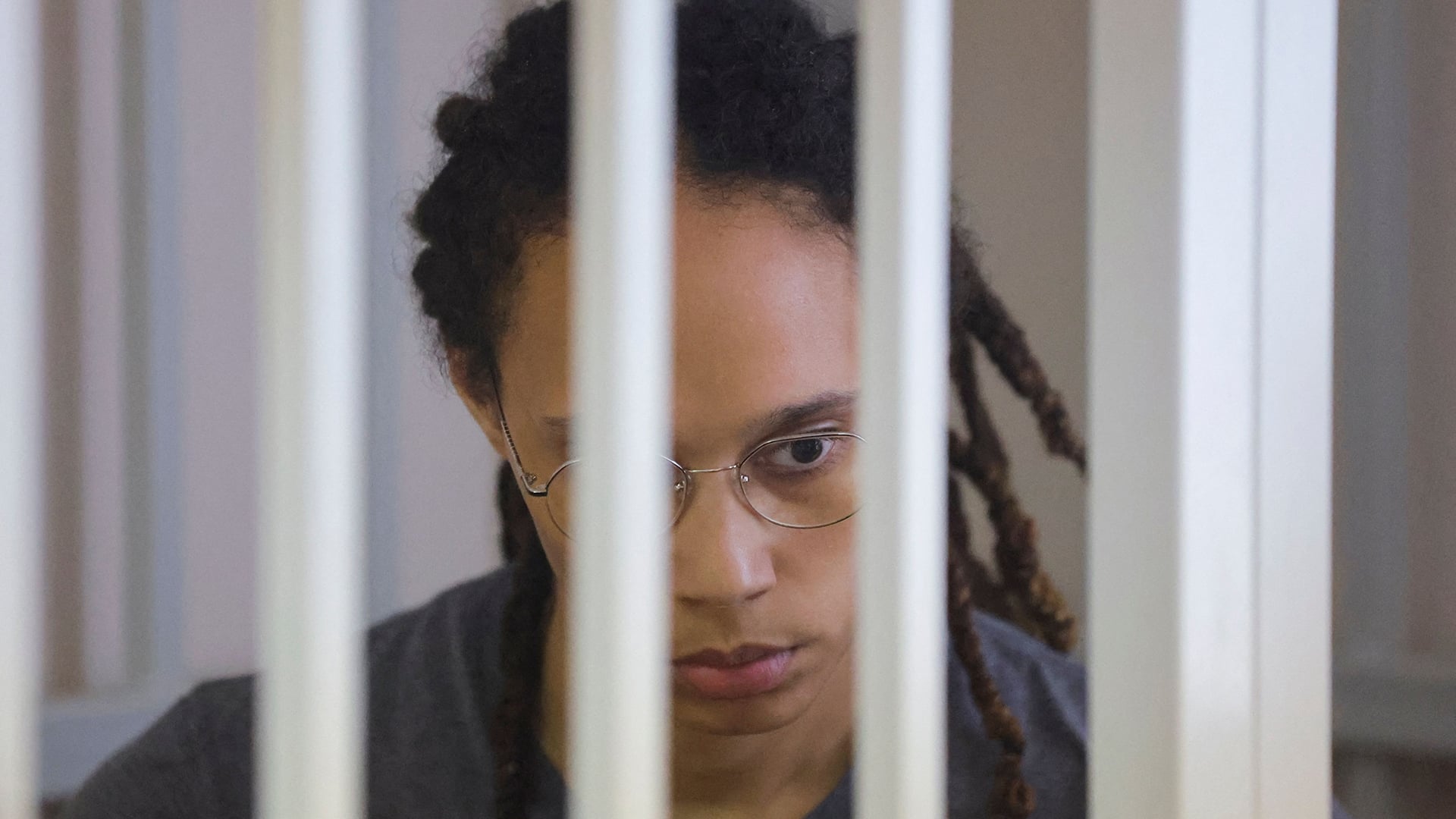 This is tragic.
It has been tough for WNBA star Brittney Griner during her incarceration at a Russian prison camp, and it has apparently gotten rougher. Nadya Tolokonnikova, a survivor and activist, who spent time in the same Russian penal colony Griner is in, explained the harsh conditions she faces, Clutch points reported.

“Prisoners in IK-2 work in slave-like conditions…Some [prisoners] decide to commit suicide, which is not as easy in penal colony conditions,” she said.

IK-2 is considered the “harshest” penal colony in Russia where the sign reads ‘Welcome To Hell.’

She also narrated the other brutal living conditions that the Phoenix Mercury player could be dealing with right now, including “16 hours work days,” beatings and tortures, as well as heavy physical labor. Prisoners are also tasked to sew uniforms for the Russian army and police. They also “share barracks with 100 other people, with only 3-5 toilets for all, and no hot water,” and are only allowed to shower once a week.

Unfortunately for Brittney Griner, it doesn’t look like her release is imminent. After she was sentenced to nine years in prison for drug possession and smuggling charges, there have been talks about a potential prisoner exchange.

“We are not going to comment on the specifics of any proposals other than to say that we have made a substantial offer that the Russian Federation has consistently failed to negotiate in good faith,” a spokesman for the State Department said.

“The U.S. Government has continued to follow up on that offer and propose alternative potential ways forward with the Russian government. The Russian government’s failure to seriously negotiate on these issues in the established channel or any other channel for that matter runs counter to its public statements,” they said.

The basketball star who was arrested in Russia and imprisoned for carrying vape pens with cannabis oil is being sent to a labor camp, Fox News reported.

The White House tore into Russia after the news.

“Every minute that Brittney Griner must endure wrongful detention in Russia is a minute too long. As the Administration continues to work tirelessly to secure her release, the President has directed the Administration to prevail on her Russian captors to improve her treatment and the conditions she may be forced to endure in a penal colony. As we have said before, the U.S. Government made a significant offer to the Russians to resolve the current unacceptable and wrongful detentions of American citizens. In the subsequent weeks, despite a lack of good faith negotiation by the Russians, the U.S. Government has continued to follow up on that offer and propose alternative potential ways forward with the Russians through all available channels. The U.S. Government is unwavering in its commitment to its work on behalf of Brittney and other Americans detained in Russia – including fellow wrongful detainee Paul Whelan, White House Press Secretary Karine Jean-Pierre said.

“Griner will face harsh conditions in the forced labor camp, and it will be difficult for her family to contact her or even know her exact location. According to her agent Lindsay Colas, Griner’s team is in close contact with the U.S. government and the Richardson Center, an organization that works to release American detainees,” Fox News said.

“Our primary concern continues to be BG’s [Brittney Griner’s] health and well-being,” he agent said.

“As we work through this very difficult phase of not knowing exactly where BG is or how she is doing, we ask for the public’s support in continuing to write letters and express their love and care for her,” she said.

In October Griner got devastating news again from a Russian court in her bid to get back to the United States. A Russian appeals court denied her appeal of the nine-and-a-half-year sentence she got for having vape pens with cannabis, The New York Times reported:

A Russian court on Tuesday upheld the American basketball star Brittney Griner’s sentence on drug smuggling charges, clearing the way for her to serve nine years in a penal colony unless the U.S. government can negotiate a deal for her release. Ms. Griner’s lawyers said before the hearing on Tuesday that she did “not expect any miracles to happen,” but that she was hopeful that the three-judge panel of the appeals court in Krasnogorsk, near Moscow, would reduce her sentence.

While the court’s decision means Ms. Griner will begin serving her sentence soon, it was not immediately clear if her legal options were exhausted. There are two higher courts above the appellate division, culminating in the Supreme Court, but Ms. Griner’s lawyers have yet to confirm whether they will take the case any further. But the higher courts in Russia are not known for negating lower court decisions the way they are in the United States.

“Brittney is a very strong person and has a champion’s character,” her attorneys said. “She of course has her highs and lows as she is severely stressed being separated from her loved ones for over eight months.”