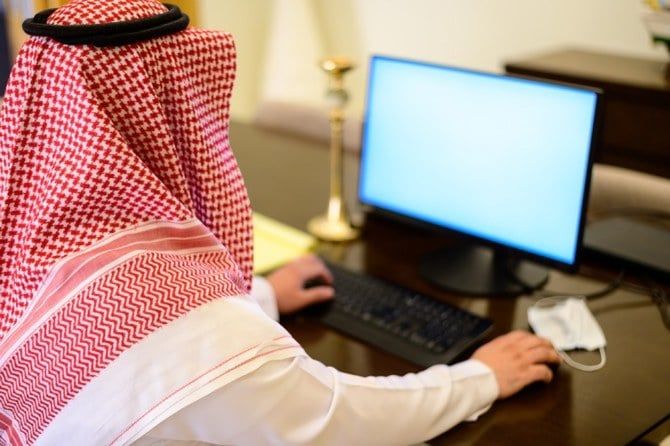 Ever since the COVID-19 pandemic transformed the norms of working life almost overnight, the trend toward flexible contracts, self-employment and telecommuting has been gathering pace across a host of different sectors.

Many attribute this shift away from the traditional 9 to 5 model and the abrupt decline in workplace attendance to a widespread desire for greater autonomy, geographical mobility, and — above all — a better work-life balance.

In fact, two years of social distancing has left employees reluctant to return to the old ways of working, forcing employers to consider new, fully remote or hybrid models, requiring staff to attend in person for only part of the week.

At the same time, the pandemic has stimulated a growth in cross-border hiring, giving recruiters access to a far larger pool of high-quality talent while also creating a ready supply of freelancers and a segment of the workforce often referred to as digital nomads.

This transition was facilitated through the widespread adoption of online video communication platforms, which allowed face-to-face meetings to continue during lockdowns and travel bans, and which have remained popular ever since. 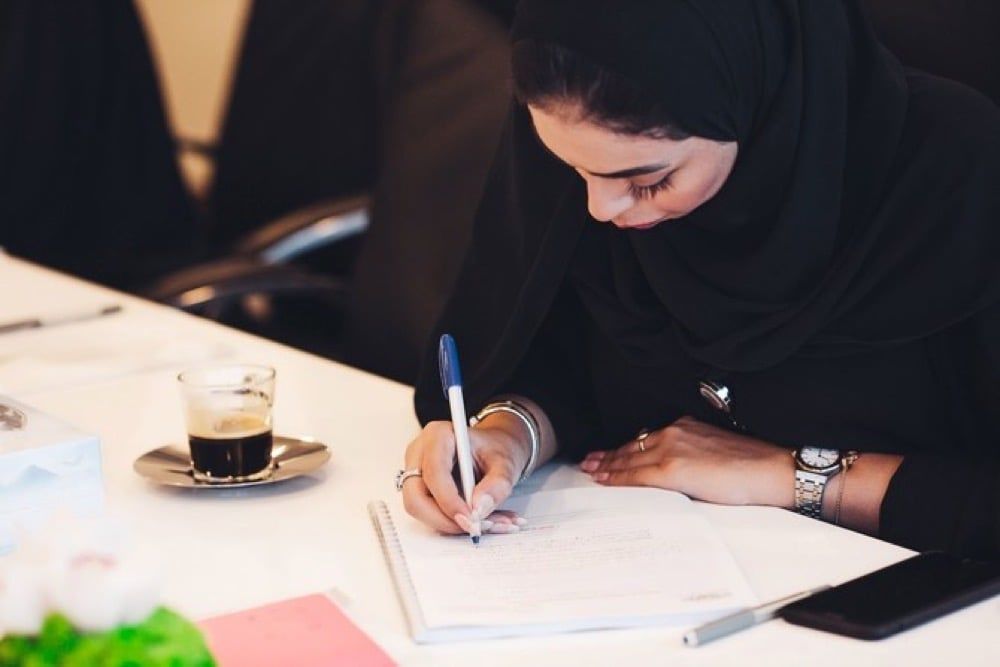 2.2 million Saudi men and women are now working in the private sector, marking a new record in the Kingdom’s history.
“The internet is enabling the creation of labor markets where geography doesn’t matter anymore,” Tarek Salam, head of Middle East and North Africa expansion at Deel, a payroll and compliance provider, told Arab News.

Indeed, flexibility and digitalization of work has created new opportunities for companies anywhere in the world to tap global talent. “Remote work has created a new wave of globalization,” said Salam.

“It’s democratizing access to high-paid opportunities across the globe, meaning that the modern professional can work from anywhere and still have access to a high-paying job in an intellectually stimulating work environment.”

While it is hard to accurately measure the size of this new workforce, industry studies suggest there could be as many as 1.56 billion freelancers worldwide, making up a global market worth $1.5 trillion with a compound annual growth rate (CAGR) of 15 percent.

In the Middle East, the trend is on a similar upward trend, with international firms tapping skilled workers based in the region and Middle Eastern companies likewise hiring remote staff overseas. 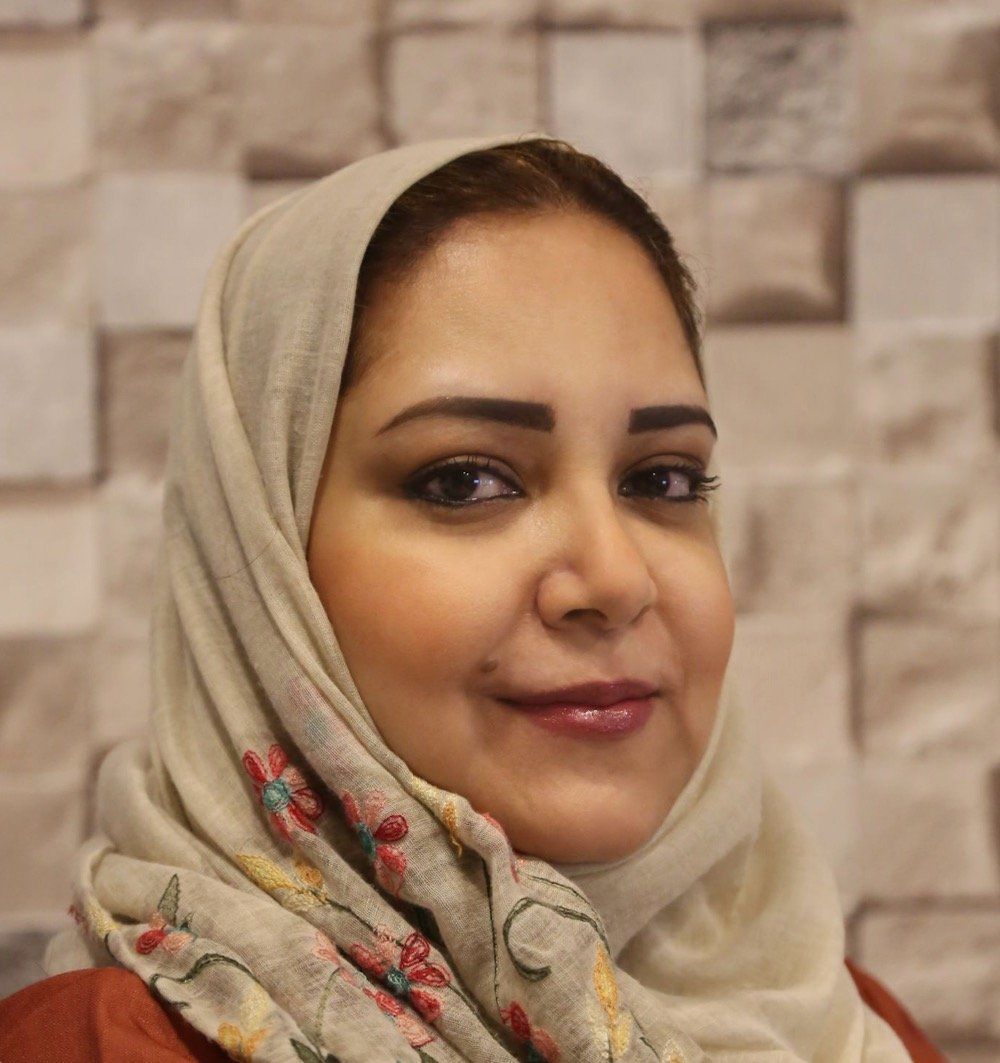 “Middle East-based talent has been in high demand from companies based in the US, the UK and Canada, with remote hires at least doubling compared to the same period last year,” said Salam.

A 2022 study by the recruitment website Bayt surveyed 1,764 people in more than 20 countries across the Middle East and North Africa about freelancing trends. It found that 70 percent of MENA employers planned to hire freelancers and about 78 percent of workers intended to do more freelancing in 2022.

To help risk-taking entrants succeed, regional governments and private firms have taken steps to make freelancing both a sustainable career for professionals and an attractive resource for employers.

Najlaa Yousef Safdar, digital development manager at Nafisa Shams, a department under the philanthropic organization Community Jameel Saudi, believes freelancing is a financially viable option for those who want to explore other professional goals. 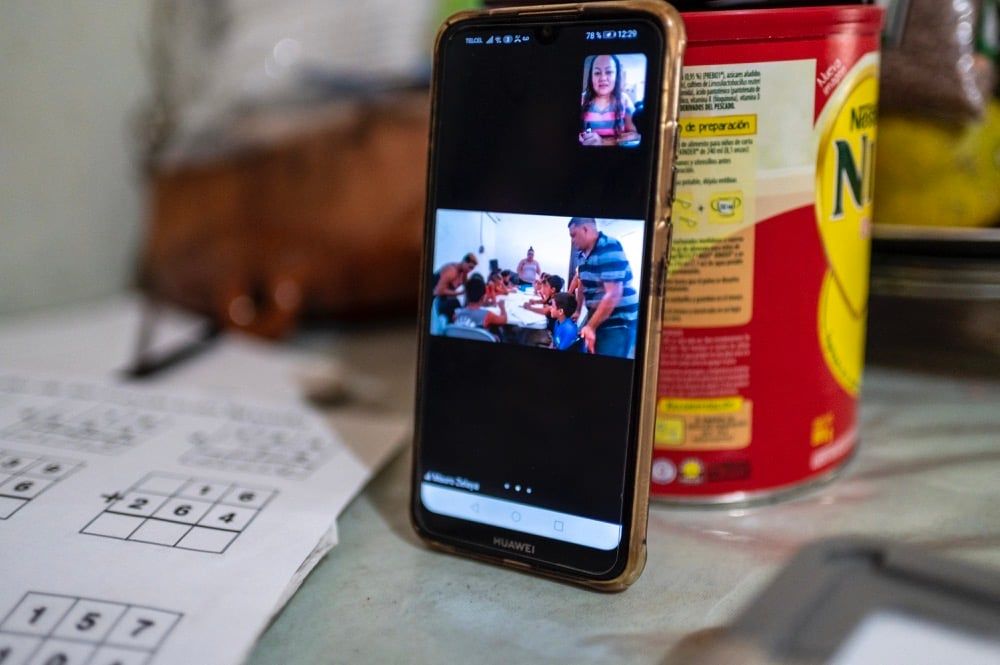 Industry studies suggest there could be as many as 1.56 billion freelancers worldwide.

“This means they can explore a new career, without compromising financial stability,” she told Arab News. “It also means that earning additional income from a hobby or interest becomes a viable option.”

The Saudi government has launched a self-employment program to help workers and budding entrepreneurs realize their ambitions. “To date, the numbers are indicative of great success,” said Safdar.

In a recent statement, Ahmed Al-Rajhi, the Saudi minister of human resources and social development, said a total of 1.85 million freelance work documents have been issued covering 225 professions, distributed over 13 categories and 120 sub-activities.

He added that 2.2 million Saudi men and women are now working in the private sector, marking a new record in the Kingdom’s history.

As of November, the rate of women’s economic participation in the Kingdom also reached a new milestone at 35.6 percent compared to the rate of 17.7 percent prior to the 2016 launch of Vision 2030 — Saudi Arabia’s social reforms and economic diversification agenda.

Some employers are concerned about how flexible, outsourced labor might impact the quality of their work. Safdar says new ways of working will not compromise standards and delivery if they are implemented properly.

“Implementing a framework that encompasses transparent and fair feedback, performance rating, and service delivery quality control will be crucial in the success of the freelancing model,” she said.

Moreover, a survey carried out earlier this year by Deel, in partnership with Momentive, which explored the global impact of remote work across 86 countries, found there were many financial benefits associated with freelancing.

Respondents said that they had made more money in the form of salary raises (59 percent) and increased savings (64 percent) by reducing travel and housing costs. 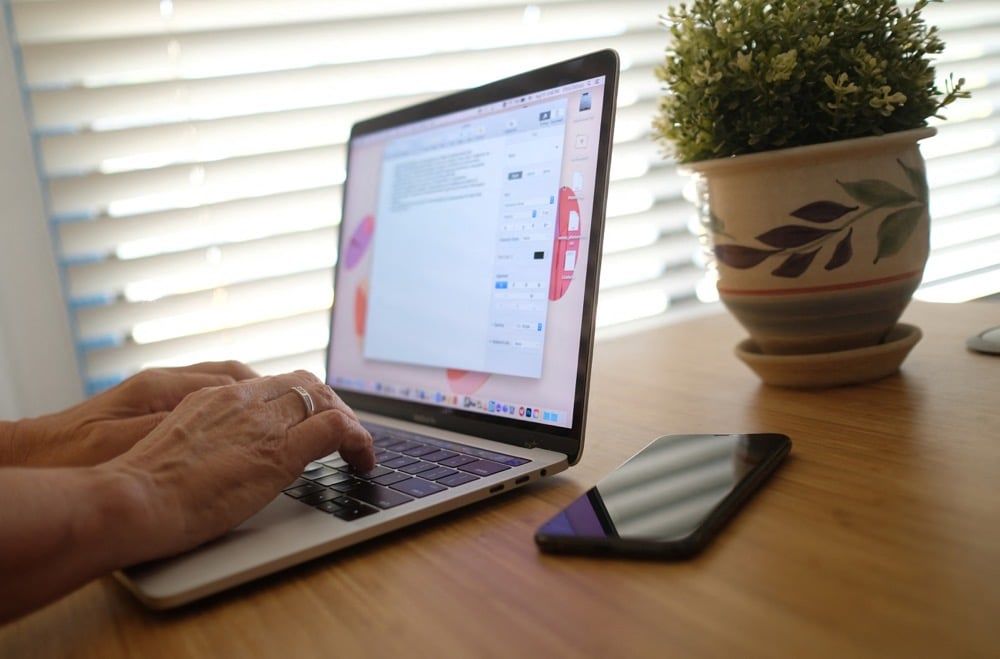 Flexibility and digitalization of work has created new opportunities for companies anywhere in the world to tap global talent.

In addition to this, respondents said remote work had helped them to overcome professional barriers by securing promotions, being more productive, and enjoying a better work-life balance.

“The biggest impact was recorded by parents with children under the age of five (92 percent), and more than one in three respondents expressed that the ability to work anywhere has landed them their dream job,” said Salam.

Azeem Zainulbhai, co-founder and chief product officer at Outsized, a consultancy for flexible talent and financial services, believes long-established career myths are being shattered, as skilled professionals realize permanent employment no longer comes with the level of security it once did.

“Being an independent consultant means you quickly assemble a lot of experience and develop your skills more rapidly than permanent employees do, therefore increasing your attractiveness to employers,” he said.

According to Zainulbhai, many professionals no longer attach their worth and identity to a designation or organization, but instead their skillset, knowledge and expertise. This has reduced the attractiveness of permanent employment and the lifetime loyalty often given by employees among older generations. 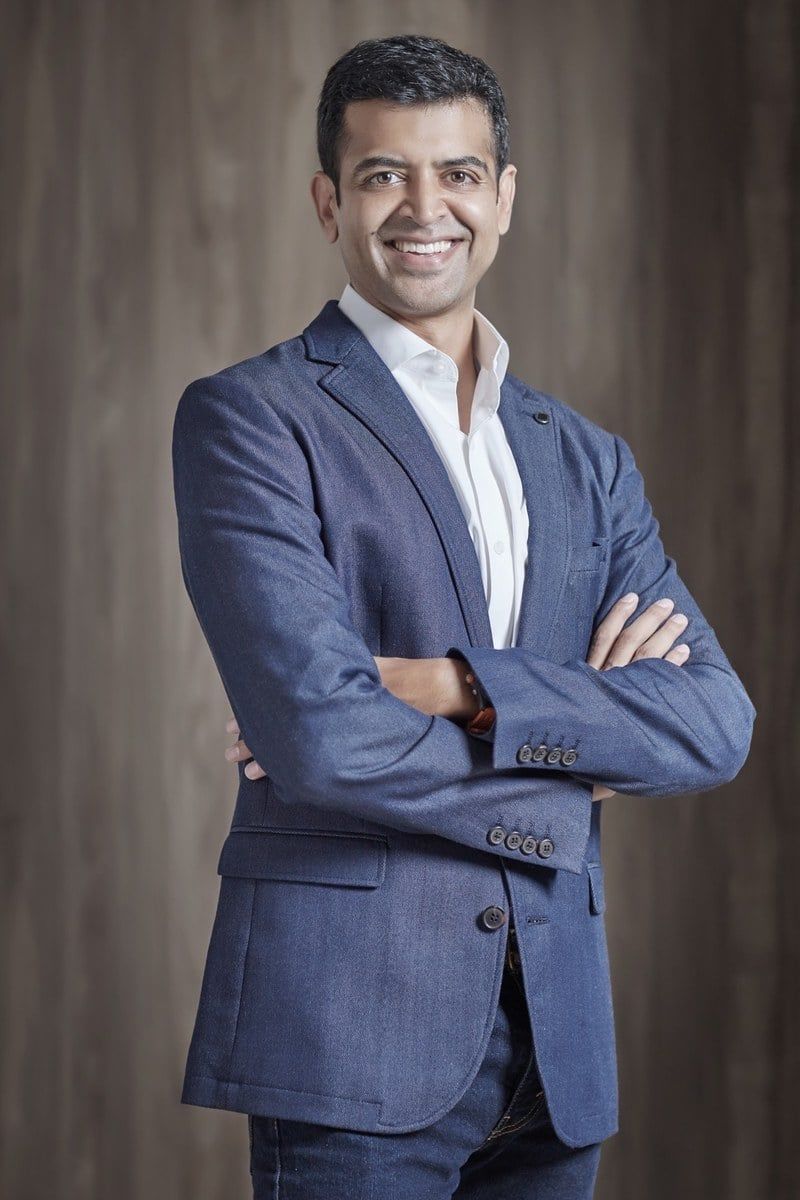 However, maintaining a consistent flow of freelance work to make a sustainable income can be extremely challenging and at times demoralizing.

“The gap between clients and freelancers can most easily be bridged by aggregating supply and demand, and then matching it,” said Zainulbhai.

Independent talent can adopt a combination of strategies to find new projects through platforms and marketplaces, referrals from previous employers, colleagues, and other freelancers, and more daringly though cold outreaches on LinkedIn or by email.

These strategies may prove useful since one of the most common challenges facing independent talent is the difficulty finding time for business development and networking. As a result, some fail to secure their next project, creating gaps in work consistency and cash flow.

According to Zainulbhai, networking should be a common practice for freelancers, considering the lack of support networks available to flexible talent compared with the perks enjoyed by permanent employees. 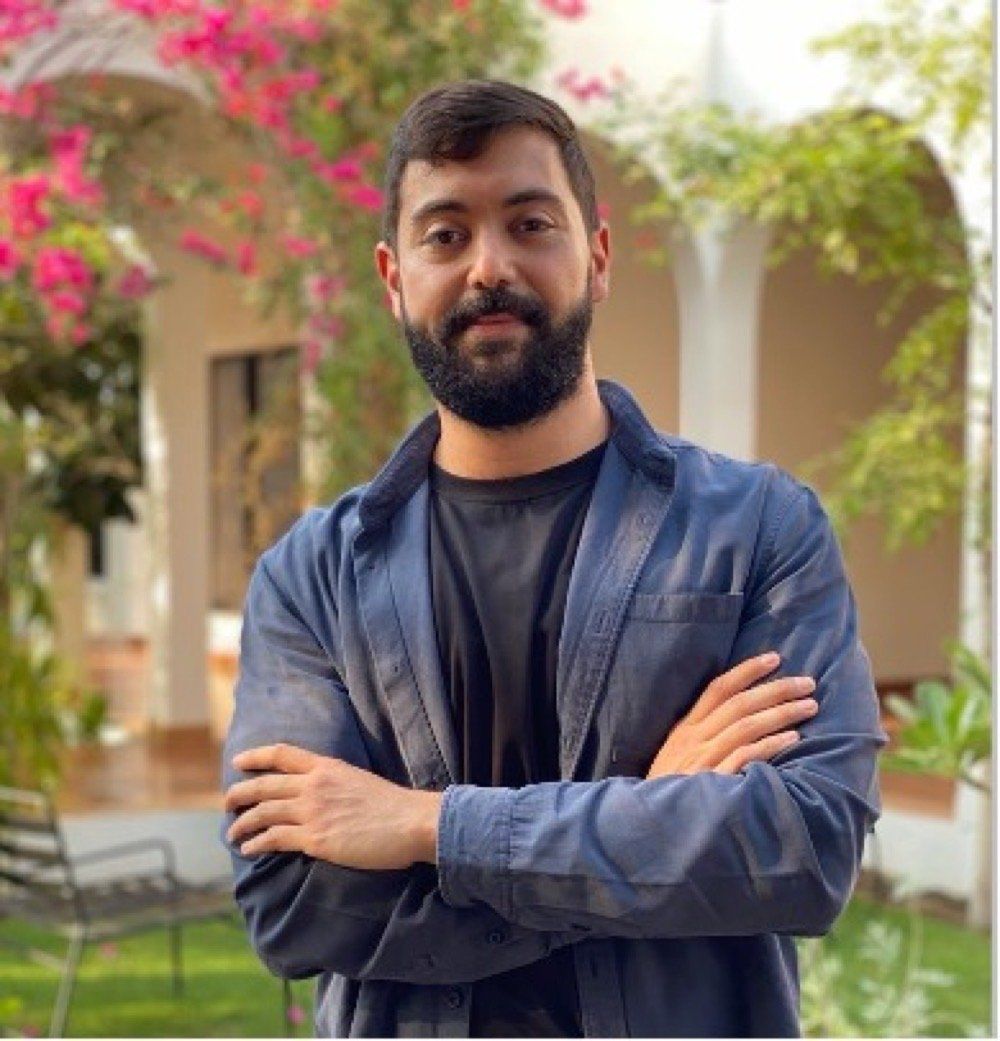 “Keeping your skills up to date in today’s fast-moving world is crucial in order to remain marketable and relevant,” he said.

Despite these challenges, studies show the trend toward freelancing is set to grow.
“Over the next five years, we anticipate that the type of industries looking for remote talent will diversify, particularly as more businesses embrace the trend and become more well-equipped to hire and onboard global talent,” said Salam.

In his view, if the move toward flexible working is managed well by employers and freelancers, “it’s a win-win situation.” 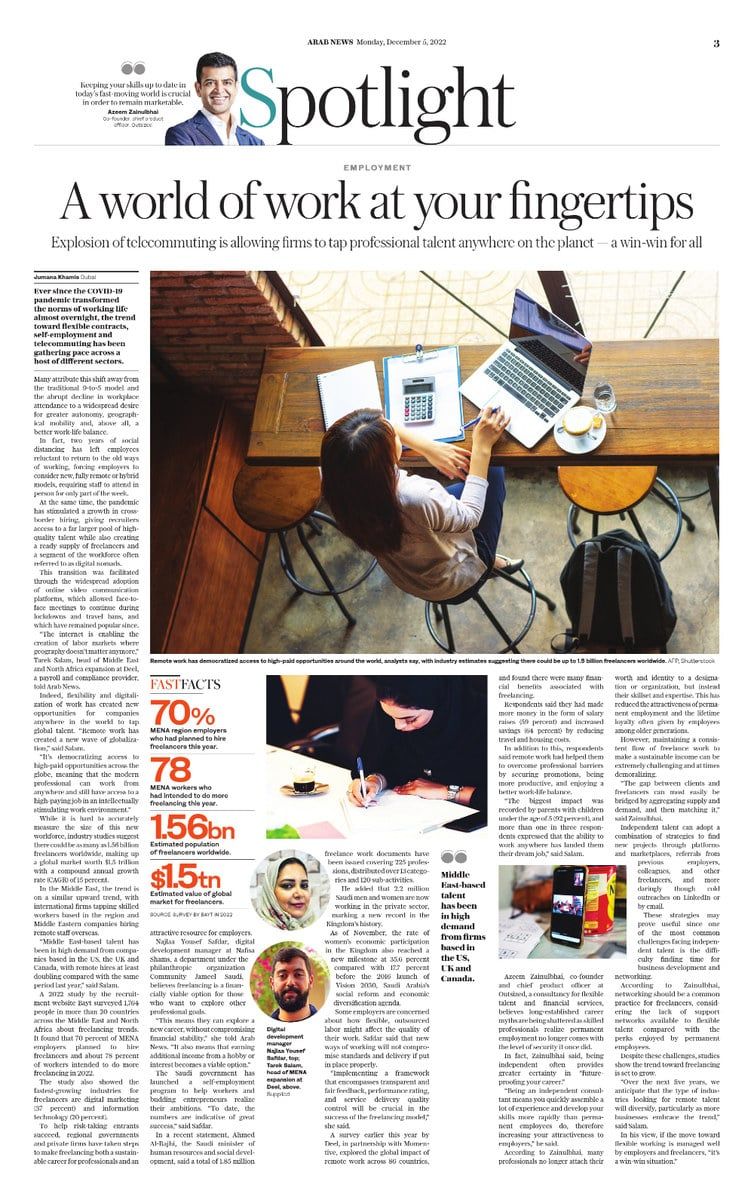