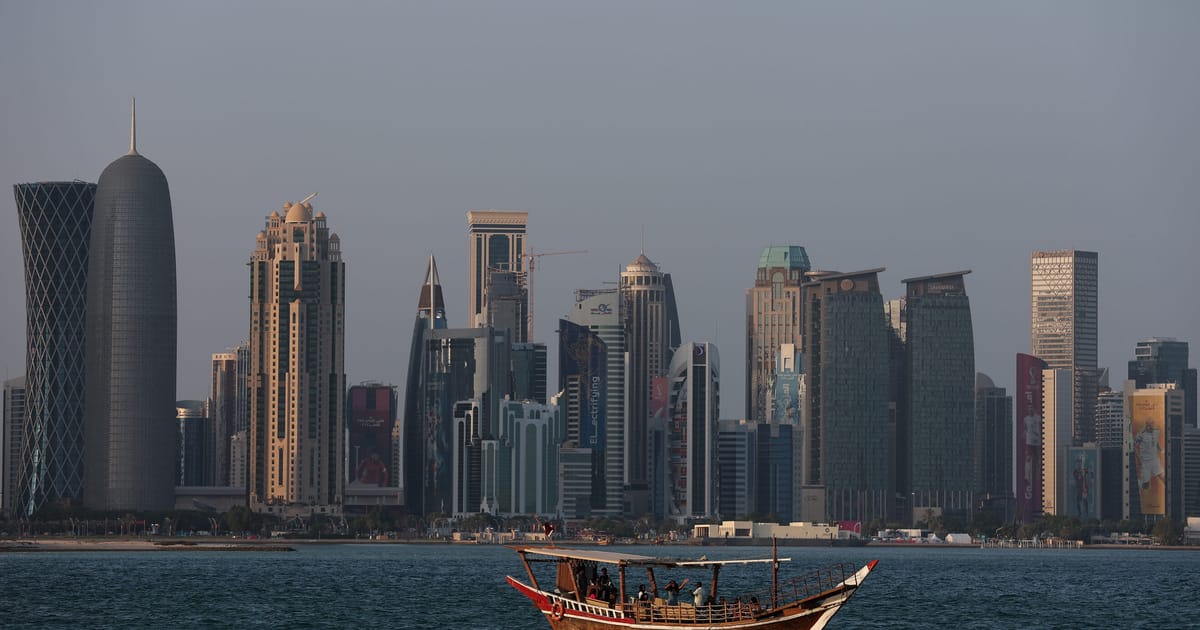 How Gulf tensions drove Qatar to seek friends in Brussels

The EU has become a key venue for burnishing — or tarnishing — of the reputations of Gulf nations.

They’re dazzlingly rich, and they expect to be in charge for a long, long time.

The monarchs leading Qatar, the United Arab Emirates and Saudi Arabia might seem from the outside like a trio of like-minded Persian Gulf autocrats. Yet their regional rivalry is intense, and Western capitals have become a key venue in a reputational battle royale.

“All of these governments … really want to have the largest mindspace among Western governments,” said Jon B. Alterman, director of the Middle East Program at the Washington-based Center for Strategic and International Studies.

As the Gulf states seek to wean themselves off the oil that made them rich, they know they’ll need friends to help transform their economies (and modernize their societies).

“They think it’s important not to be tarred as mere hydrocarbon producers who are ruining the planet,” Alterman added.

With an erstwhile vice president of the European Parliament in jail and Belgian prosecutors asking to revoke immunity from more MEPs, allegations of cash kickbacks and undue influence by Qatari interests look likely to ensnare more Brussels power players.

The Qatari government categorically denies any unlawful behavior, saying it “works through institution-to-institution engagement and operates in full compliance with international laws and regulations.”

Against the background of regional rivalries, that engagement has become increasingly robust. While tensions with Riyadh have eased over the past few years, Qatar’s mutual antagonism with the United Arab Emirates has been particularly severe.

Regional rivalries burst beyond the Middle East in 2017 in a standoff that would reshape regional dynamics.

Until then, Qatar, Saudi Arabia and the United Arab Emirates had been essentially frenemies. As members of the Gulf Coordination Council, they’d been working toward building a common market and currency in the region — not so different from the European Union.

But different responses to the Arab Spring frayed relations to a breaking point.

The Qatar-based Al Jazeera news network gave a platform to the Muslim Brotherhood, the Islamist party that rode a wave of unrest into power in Egypt and challenged governments throughout the Arab world. And Doha didn’t just offer a bullhorn — it gave the Muslim Brotherhood direct financial backing.

Saudi Arabia and the United Arab Emirates, meanwhile, considered the Muslim Brotherhood to be a terrorist group.

Along with Bahrain, Saudi Arabia and the UAE severed diplomatic ties with Doha in June 2017, barring Qatar’s access to airspace and sea routes; Saudi Arabia closed its border, blocking Qatar’s only land crossing.

Among the demands: close Al Jazeera, end military coordination with Turkey and step away from Iran. Qatar refused — even though it was crunch time for building infrastructure ahead of the 2022 World Cup and 40 percent of Qatar’s food supplies came through Saudi Arabia.

Fighting what it called an illegal “blockade” became an existential mission for Doha.

“The only thing Qatar could do was make sure everyone knew Qatar exists and is a nice place,” said MEP Hannah Neumann, chair of the Parliament’s delegation for relations with the Arab Peninsula (DARP).

“They really stepped up the diplomatic efforts all around the world to also show, ‘We are the good ones,’” said Neumann, of the German Greens.

Qatar needed Brussels because it had already lost an even bigger ally: Washington. Not only did then-President Donald Trump take the side of Qatar’s rivals in the fight; he also appeared to take credit for the idea of isolating Qatar — even though the U.S.’s largest military base in the region is just southwest of Doha.

Elsewhere, Qatar had already been working with the London-headquartered consultancy Portland Communications since at least 2014 — as its World Cup hosting coup was becoming a PR nightmare, with stories emerging over bribed FIFA officials and exploited migrant workers.

Exploding onto the EU scene

In Brussels, Doha leaned on the head of its EU Mission, Abdulrahman Mohammed Al-Khulaifi, who had moved to Belgium in 2017 from Germany, to step up European relations.

Within days of the fissure, Al-Khulaifi appeared in meetings at NATO, and within months opened a think tank called the Middle East Dialogue Center to hone Doha’s image as an open promoter of debate (in contrast, it contended, to its neighbors) and pressure the EU to intervene in the Middle East.

By the next year, he was speaking on panels about combating violent extremism — alongside Dutch and Belgian federal police. By late 2019, Al-Khulaifi hosted the first meeting of embassy’s Qatar-EU friendship group with a “working dinner.”

“The situation following the blockade has pushed Qatar to establish closer relations outside the context of the regional crisis with, for example, the European Union,” Pier Antonio Panzeri, then chair of the Parliament’s human rights subcommittee, told Euractiv in 2018.

The following year, Panzeri would attend the Qatari-hosted “International Conference on National, Regional and International Mechanisms to Combat Impunity and Ensure Accountability under International Law,” and heap praise on the country’s human rights record.

Panzeri is now in a Belgian prison, facing corruption charges; his NGO, Fight Impunity, is under intense scrutiny for being a possible front.

Neumann said that Qatar’s survival strategy has paid off. “Absolutely, it worked,” she said. “I think it’s fair enough, if they didn’t do it with illegal means.”

Directly or indirectly, Qatar clocked several big victories during this period, including multiple resolutions in Parliament on human rights in Saudi Arabia and a call to end arms exports to Riyadh in the wake of the murder of journalist Jamal Khashoggi. Doha also inked a cooperation arrangement with the EU in March 2018, setting the stage for closer ties.

Since Saudi Arabia and Qatar signed a deal to end the crisis two years ago, Riyadh-Doha relations have generally thawed. Saudi Crown Prince Mohammed bin Salman, 37, traveled to Qatar in November for the World Cup and embraced Qatar’s emir, Sheikh Tamim bin Hamad al-Thani, 42, while wearing a scarf in the host’s colors.

Qatar’s smaller scale contributes to Doha’s sense of internal security, fueling its openness to engaging with groups that others see as an existential threat.

Qataris see themselves as “champions of the Davids against the Goliath,” said Andreas Krieg, an assistant professor at King’s College London who has worked in the past as a consultant for the Qatari armed forces. Civil society organizations founded by “a range of different opposition figures, Saudi opposition figures in the West, have been supported financially by Qatar as well,” Krieg added. (Khashoggi, one of the era’s most prominent Saudi opposition figures, had connections to the state-backed Qatar Foundation.) “Hence why Qatar was always seen as sort of a thorn in the side of its neighbors.”

“Brussels isn’t that important,” Krieg said. “If you look at the money that these Gulf countries spend in Washington, these are tens of millions of dollars every year on think tanks, academics … creating their own media outlets, investing strategically into Fox News, investing into massive PR operations.”

Nonetheless, the EU remains a key target. Abu Dhabi is strengthening its “long-standing partnership” with Brussels on economic and regional security matters “through deep, strategic cooperation with EU institutions and Member States,” said a UAE official, in a statement.

“Brussels was always a hub to create a narrative,” said Krieg.

And right now, each of the region’s power players is deeply motivated to change that narrative.

Alterman invoked a broad impression of the Gulf countries as “people who have more money than God who want to take the world back to the 7th Century.”