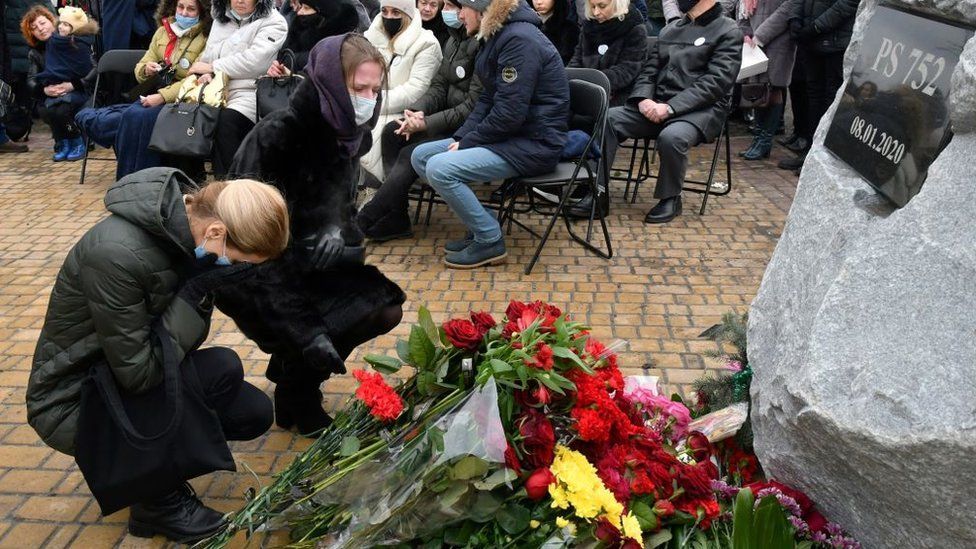 Instagram blocked posts using a hashtag in memory of the victims of a Ukrainian airliner shot down by Iranian security forces two years ago.

Families of the 176 victims found posts with the hashtag #IWillLightACandletoo, as well as its Persian version, were not visible to users.

A cybersecurity expert said it appeared that Iran had orchestrated the block by reporting the posts.

The social media giant said the hashtag was "restricted by mistake".

Ukraine International Airlines flight PS752 was hit by two missiles after taking off from Tehran on 8 January 2020. Iran has blamed human error for the disaster, saying an air defence unit had mistaken the Boeing 737-800 for a US missile.

Nine crew members were killed, along with 167 passengers. Ukraine has rejected the findings of an Iranian investigation into the crash as a "cynical attempt" to conceal the truth.

The Association of Families of the Victims began using the #IWillLightACandletoo hashtag as a show of solidarity just days before the second anniversary of the crash, but found it had been blocked.

"It was deeply disappointing, there was nothing offensive about the hashtags, but sadly big firms like Facebook [now called Meta and which owns Instagram] are easily deceived by the cyber armies of authoritarian regimes," said association spokesperson Hamed Esmaeilion, who lost both his wife and daughter in the incident.

Instagram's auto response said the posts had "been limited because the community has reported some content that may not meet Instagram's Community Guidelines".

It is unclear who reported the hashtag or why, but Middle East cybersecurity expert Amir Rashidi suspects it was orchestrated.

"It is likely that users close to Iran have reported the hashtag and machines that lack enough knowledge of local politics decided to ban them. This enables authoritarian regimes to exploit social media platforms", said Mr Rashidi, director of digital rights and security at the Miaan Group.

The block was lifted after almost 24 hours and only after several Persian speaking activists and media organisations reached out to Instagram/Meta.

In a response to a BBC enquiry, a Meta spokesperson said: "We became aware that these hashtags had been restricted by mistake, and worked quickly to fix it. You should now be able to use these hashtags as normal, and we're so sorry for any inconvenience or confusion caused."

But this is not the only incident in which a hashtag or a post has been limited by Instagram.

According to several Iranian users, Instagram has banned content showing police brutality in recent weeks, citing the violent nature of the videos.

"If they don't want to be used as tools for suppression, social media platforms like Meta must collaborate with trusted internet freedom organisations and people with local knowledge about the political and cultural context of each country," said Mr Rashidi. "These are not decisions that can be left to machines."