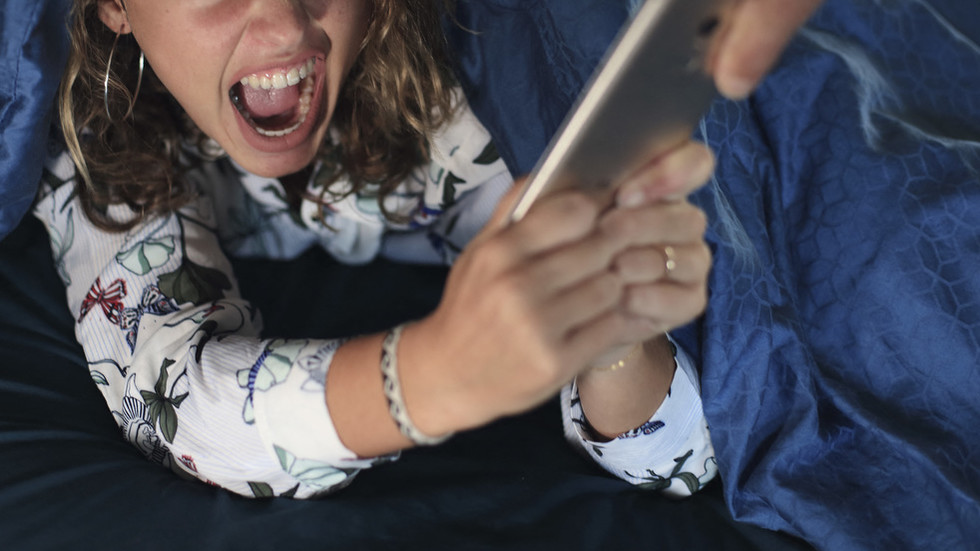 The social media platforms are addictive to an extent that caused a kid to kill herself, mother claims in lawsuit
Eleven-year-old Selena was apparently so addicted to Instagram and Snapchat that she suffered depression, eating disorders and sleep deprivation, before eventually killing herself, her mother Tammy Rodriguez claims. The woman, from Connecticut, sued the companies in San Francisco federal court this week.

According to the lawsuit, filed on Thursday against the platforms’ respective parent companies, Meta (formerly Facebook) and Snap, the photo-sharing and messaging apps lack parental control and “seek to exploit users’ susceptibility.” As an alleged result, the girl had “struggled for more than two years with an extreme addiction” and then took her own life in July last year.

While there are terms of service that warn that a person can only create an account from age 13 and older, the platforms lack strong age-verification checks, the lawsuit asserts. The absence of parental controls made it almost impossible for the mother to limit her child’s screen time on the social media, and apparently only caused further confrontations in the family.

“The only way for Tammy Rodriguez to effectively limit access to Defendants’ products would be to physically confiscate Selena’s internet-enabled devices,” the suit claims. To access her accounts through other means, the girl simply ran away from home.

A therapist to whom the girl had been taken evaluated the harm, saying that the practice has never before seen “a patient as addicted to social media.”

“There is a mental health epidemic among American teens,” attorney Matthew Bergman, founder of Social Media Victims Law Center in Seattle, told Bloomberg. His company represents Tammy Rodriguez in the case. The attorney also filed a separate complaint this week, representing a mother in Oregon. “Numerous mental health conditions” of a 15-year-old are blamed on Snap and Meta.

Last year, anxiety over the wellbeing of young social-media users came under a spotlight and reached the US senate. Tech companies appeared in hearings, after product-manager-turned-whistleblower Frances Haugen accused Mark Zuckerberg’s company of prioritizing money over children’s and teenagers’ safety. She called for more regulation, in particular of Instagram. Haugen also spoke before a European Parliament committee, discussing the social media companies’ negative impact on users.
#Mark Zuckerberg  #Facebook