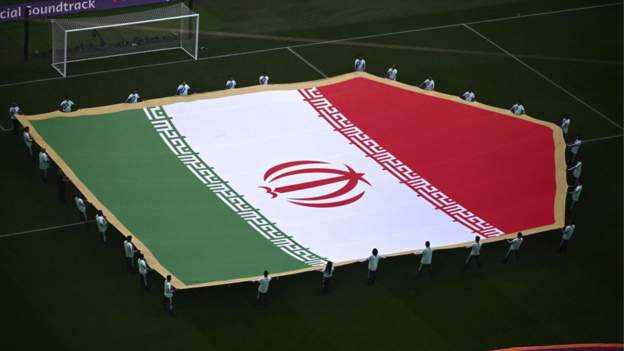 Iran complain to Fifa over flag change post by US

Iran's football federation has complained to Fifa after the Islamic Republic emblem was removed from its flag in social media posts by the United States team.

The US said they decided not to use Iran's official flag to show "support for the women in Iran fighting for basic human rights", amid mass anti-government protests in the country.

The protests in Iran, met with a fierce crackdown, have been sparked by the death in custody in September of Mahsa Amini, a 22-year-old woman who was detained by morality police for allegedly breaking the strict rules around head coverings.

"In an unprofessional act, the Instagram page of the US football federation removed the Allah symbol from the Iranian flag," said Iran state news agency IRNA.

"The Iran Football Federation sent an email to Fifa [football's world governing body] to demand it issue a serious warning to the US federation."

A US Soccer spokesman later said the posts had been removed and replaced with ones using the correct Iran flag, but added: "We still support the women of Iran."

Iran has accused the US and other foreign adversaries of instigating the protests, with the US government imposing sanctions on Iranian officials over the crackdown.

The US and Iran cut diplomatic relations in 1980. 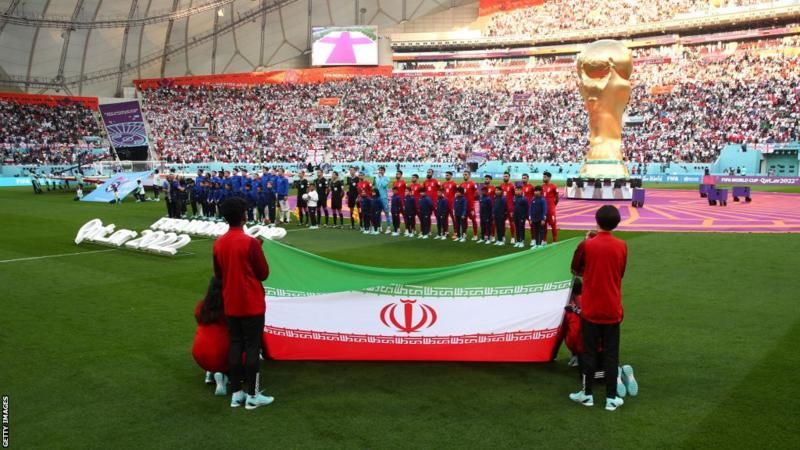