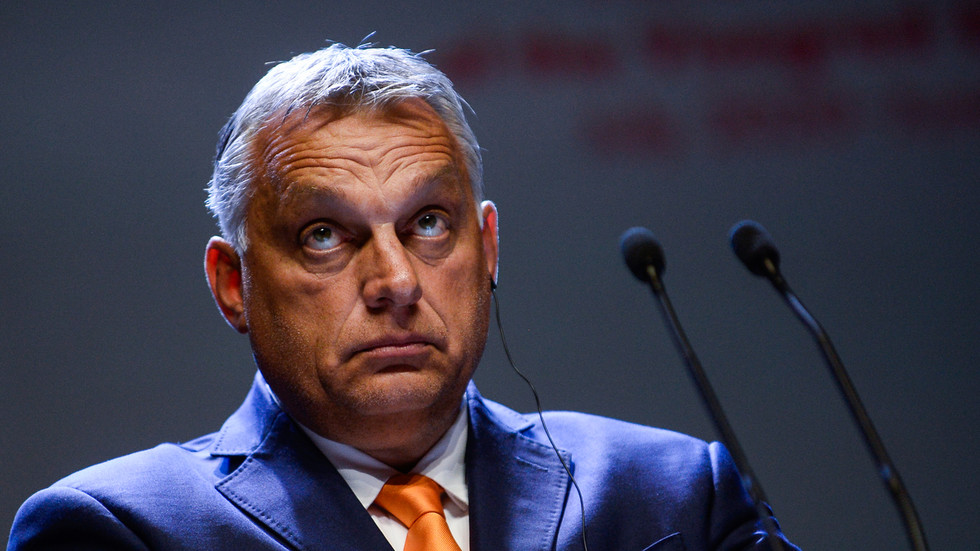 Election inspectors, withholding funds, and outright criticism from the US and the EU has concerned the Hungarian PM
Hungarians go to the polls on April 3 in what will be the most bitterly fought election since the country became a functioning democracy in 1990.

The stakes are very high, and they go way beyond Hungary’s borders. The election not only represents a clash of ideologies, but it also forms part of the wider culture war that is currently being fought across the western world.

Hungarian Prime Minister Viktor Orban has long painted himself as a strongman, determined to protect his country’s national identity and Christian values. He therefore often finds himself at odds with the European Union and Western leaders, and his closeness to former US President Donald Trump makes him particularly repellent to the Biden administration.

His friendly relationship with Russian President Vladimir Putin too irritates the West. Indeed, when the two leaders met recently, Orban argued against sanctions, claiming they “caused more damage to Hungary than to Russia.” He also said he believed “it is possible to reach an agreement that guarantees peace, guarantees Russia's security and is acceptable to NATO member states.”

He is also accused of taking a lenient approach towards China. Hungary is due to open Europe’s first Chinese university and China is also funding the construction of a new Budapest to Belgrade railway. Orban’s government has also denounced the fact that Russian and Chinese Covid vaccines have not been globally recognized, with his foreign minister claiming the decision was “political” rather than medical.

Moreover, the general election will not be the only vote taking place in Hungary on April 3 – a referendum on Hungary’s LGBT law, which bans the teaching of LGBT lifestyles in schools, is also taking place on the same day. Orban, of course, is gambling that the Hungarian electorate back his robust stance on this issue, which has appalled many liberals in Western Europe.

The Hungarian government is therefore bracing itself for outside interference in the election campaign. Orban’s chief of staff warned earlier this week of an “attack,” as he claimed, “the western European elite” want to take over “the helm of Hungary’s ship.” Similarly, last year, Orban himself warned of possible US interference in the election. He told Fox News host Tucker Carlson that “it will happen,” but “we are not worried about it, we are prepared for it.”

Orban has also been at loggerheads with the European Union for some time over the primacy of EU law. As a result, the European Commission is considering withholding funds from Hungary before the election in an effort to get Orban to back down. Orban, however, shows no sign of bowing to Brussels’ demands.

This has led to all sorts of accusations, including one that the Orban government will somehow ‘steal’ the election. Last month, a group of anti-Orban MEPs wrote to the Office for Democratic Institutions and Human Rights (ODIHR), calling for a full-scale observation mission to be sent to Hungary to oversee the vote. Of course the ODIHR complied, and has now advocated a large international election observation mission to be sent to Budapest. Orban’s supporters, however, seem relaxed about this prospect, as Hungary’s ambassador to Britain, Ferenc Kumin, has argued that his country’s democratic process is robust and compares favorably to the UK’s.

The West’s obsession with removing Orban has led them to support an odd rag-tag of extremes. The opposition, led by conservative Péter Márki-Zay, is a coalition of convenience, which includes the hard left and the far right. Indeed, I remember the MEPs from one of the parties involved, Jobbik, sitting in the European Parliament wearing uniforms … and these are the characters the West’s liberals want to replace Orban. It is all very surreal.

It looks like it is Orban versus the world at the moment but, to the chagrin of the western liberals, it seems like he is winning. Polls show Orban’s lead widening, with 51 percent of Hungarians saying they will vote for his Fidesz party, a higher percentage than in the last election in 2018. Perhaps this is why there is such nervous activity regarding the election emanating from the West’s corridors of power. Be prepared for them to cry foul if Orban succeeds on April 3.
#Viktor Orban  #Donald Trump  #Vaccines  #Covid