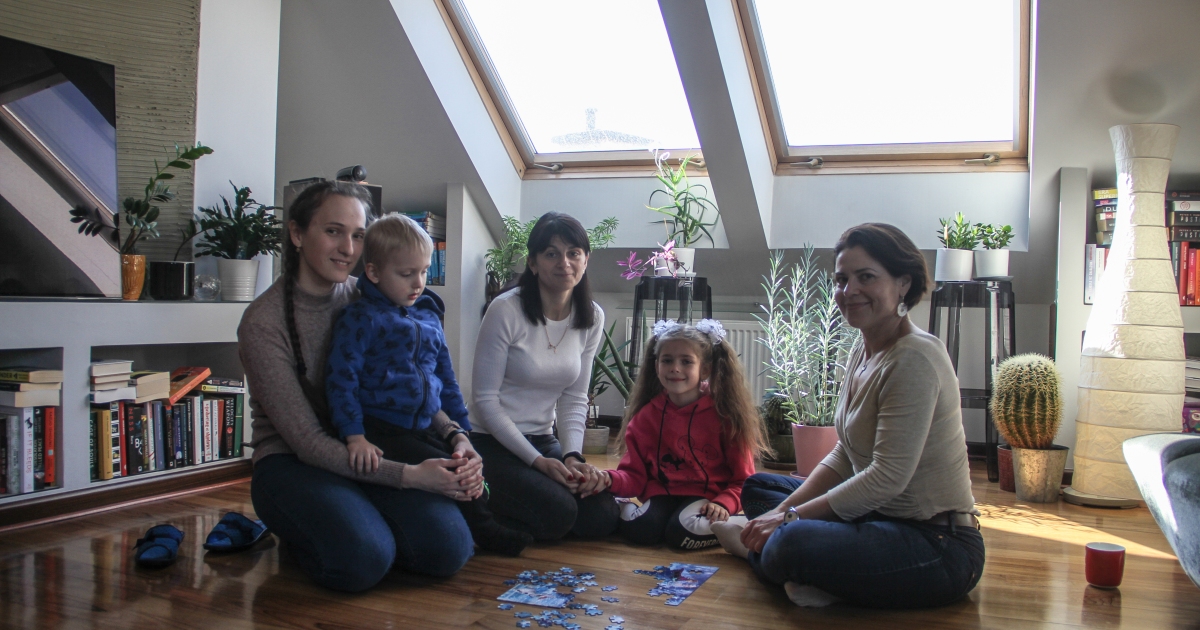 ‘It’s a miracle’: Poles open their homes to Ukrainian refugees

Newcomers feel blessed by kindness, while Polish hosts say they are enjoying the experience but could benefit from more state support.

Katya Nesteruk and Yulia Koval did not know each other well before the first missiles hit their hometown of Brovary, near the Ukrainian capital Kyiv.

But weeks later, on March 9, they stood together at the main train station in Krakow with nowhere to go, their two small children at their sides, their lives already intertwined.

Suddenly, a dark-haired woman appeared out of nowhere.

“Do you have a plan?” Magdalena Petersen asked. “Do you want to stay with me for a few days?”

Since the war in Ukraine began, most refugees have fled to Poland – about 2.3 million people so far.

Some found shelter in the dormitories organised by activists in Polish cities, while others have relied on the help of ordinary citizens, who have opened their homes to strangers fleeing war.

February 24 was Nesteruk’s husband’s birthday, but the couple did not celebrate. On that day, the first Russian rockets hit Brovary, close to their home. It felt like thunder, Nesteruk said.

They packed their bags in haste and left to join their relatives in western Ukraine.

“I thought that it would end after two weeks but it only got worse,” Nesteruk said. “We wanted to stay in Ukraine, but there is no safe place, no one knows where the missiles will fall. It’s impossible to sleep, everything is trembling, and you just sit and wait for the sirens.”

Nesteruk’s and Koval’s husbands, who are friends, advised the pair to leave together. They went to Slovakia and then Poland. When Petersen approached them at the train station, they could barely stand.

“At that time there was no more space for refugees in Krakow. I don’t have a separate flat but I prepared a room in my apartment and so did my Afghan neighbours, who were evacuated from Kabul last August,” Petersen said.

The women stayed with the Afghan family at first, but over the weeks, they have been staying with Petersen, too.

In the end, her friend, who currently lives in Germany, agreed that the two women and their children could stay in his place, right next to Petersen’s.

“I work in HR so I have no problem communicating with people from different environments and cultures. I like to travel, I have been to many countries, and I know that people everywhere are helpful and friendly,” said Petersen, who previously hosted African students fleeing Ukraine.

“I had situations abroad when I couldn’t find a hotel and local people would always host me in their homes. I didn’t want the kids to sleep on the floor at the train station. When you talk to people, get to know them, it’s easier to accept them at your home.”

Petersen’s twins and Yulia’s daughter are all seven. They play together and communicate well despite the language barrier. There is not much of a cultural difference between them.

But some things in Poland surprised Nesteruk.

“I didn’t understand why everyone wanted to help us, the border guards, volunteers at train stations. People helped us with the bags, brought food, diapers, things for the children,” she said.

“I wonder what I would do in such a situation. Would I help people in need, accept them in my home? We were offered help by a stranger, but how did she know that we are good people? For me it’s a miracle that people here have so much trust.” 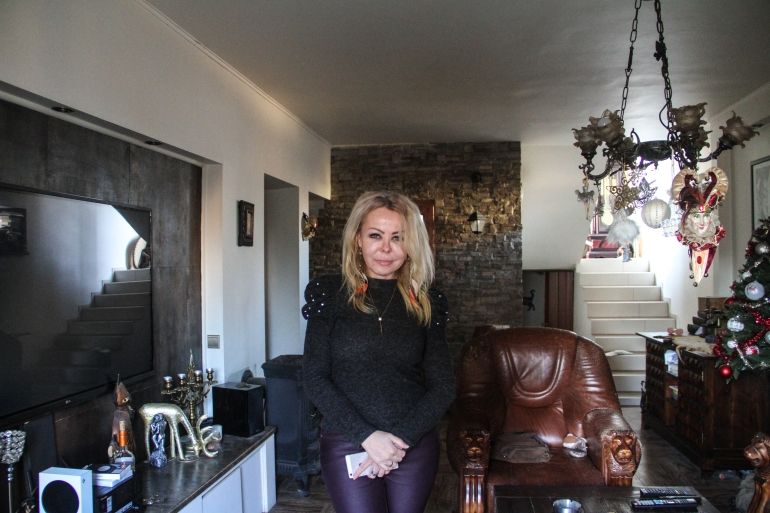 Several other Ukrainian refugees Al Jazeera interviewed also said that they had not expected such a warm welcome.

“People in Poland help us with everything, they feed us, give us all we need, everyone has been good to us. We are forever grateful, we were hungry and they gave us everything, including toys for the children,” said Victoria, a 35-year-old accountant from Rivne.

She fled her hometown on February 28 with her mother Lila, a 14-year-old daughter and a six-year-old son.

When they arrived in Poland, they came across a Facebook group, where Bożena Pawłowska offered them a place to stay in Krakow.

Many families in the city now host refugees, while those who can’t offer food, medicines or clothes. Victoria’s daughter received a laptop from a kind local.

“When our sons moved out I renovated the first floor, [my husband] Piotr would sometimes spend time in there but in general the whole floor was empty. When the war started, we decided to help someone,” said Bożena Pawłowska, 49.

A marketing specialist, Pawłowska lost her job in December and fell into depression.

She said helping Victoria and her family soon proved to be the best cure.

“I think that nothing happens without a reason. Volunteering showed me that I can be useful. Now I think it’s time to start a business, and I’m no longer afraid to do so. I hope I will soon be active again,” Pawłowska said.

Her only complaint is directed towards the central government, which she says could do more. Although she will soon start receiving state support for hosting refugees, the additional costs of electricity and gas have impacted her family budget.

Wojciech Wojtasiewicz does not have this problem yet.

He has so far hosted refugees who stayed in Krakow short term.

Through a friend, the 37-year-old journalist got in touch with Alona Bazhok and her daughter Christina, who were on their way to Belgium.

“I was shocked to see a city so hospitable. You can feel a lot of kindness. I’ve never experienced that before. You enter a shop and everyone smiles at you, I’m not used to that,” Bazhok said.

Nine-year-old Christina added that a man on the street gave them a 100 zloty bill ($24) when he saw them trying to exchange hryvnias, now at a record low.

Wojtasiewicz said of his experience: “I used to sit at home with the news on and it had a bad effect on me. Now I finally feel that I’m making a difference.

“I know that I won’t help everyone, I won’t save the whole world. But I can make a change in a few individual lives.” 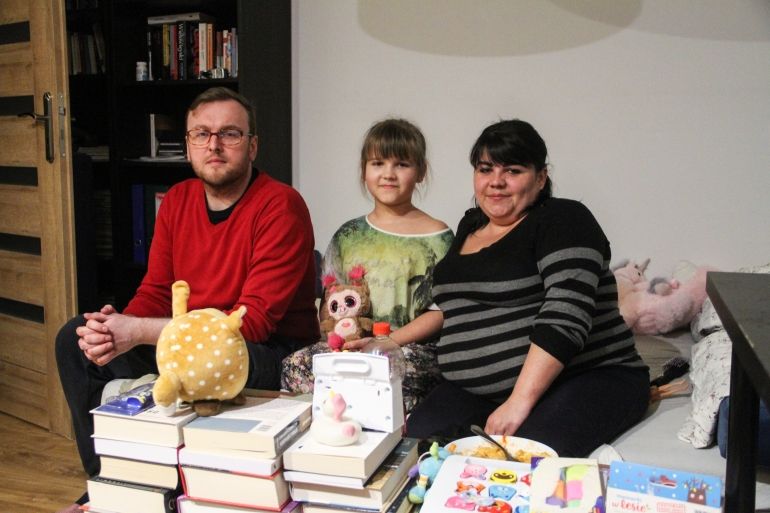