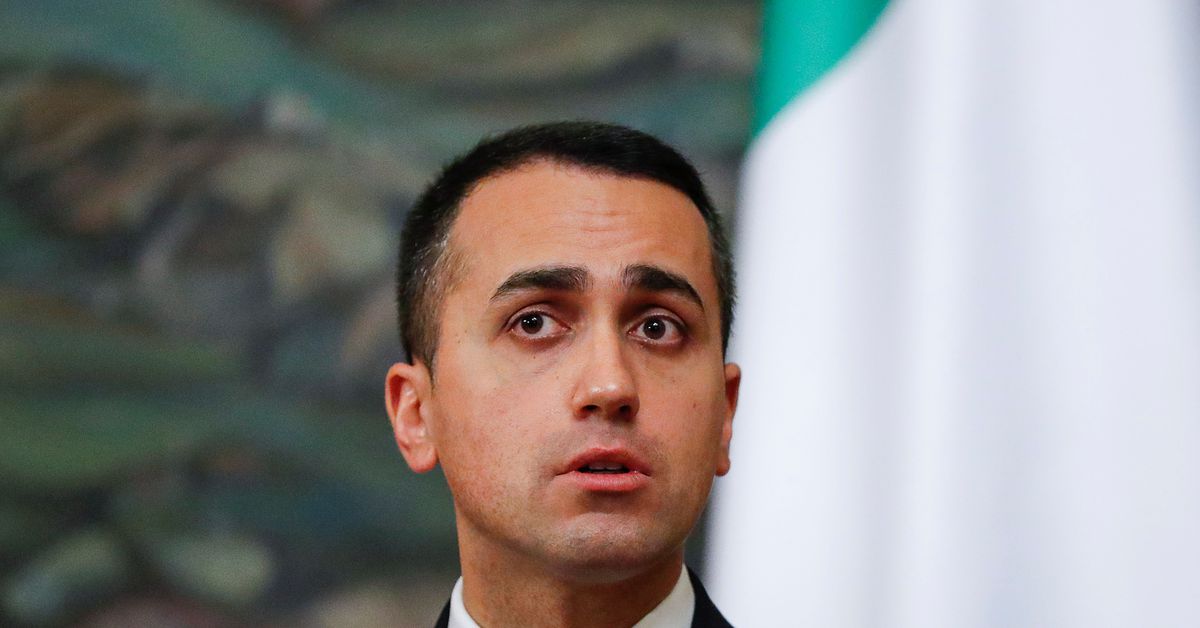 Italian foreign minister accuses own party of 'immaturity' over Ukraine

Italian Foreign Minister Luigi Di Maio on Sunday accused his own 5-Star Movement party of undermining government efforts to support Ukraine and weakening Rome's standing within the European Union.
His outburst could signal an imminent schism in the group he once led, with 5-Star officials due to meet later on Sunday to consider Di Maio's position following other recent broadsides.

The internal party feuding also creates problems for Prime Minister Mario Draghi as he faces an important vote in parliament on Tuesday over Ukraine, with some 5-Star members looking to limit Italy from sending further weapons to Kyiv.

Italy, like many EU countries, has been dispatching arms to Ukraine to help it battle the Russian assault.

In a statement, Di Maio said the government had to defend the values of democracy and freedom, adding that while everyone wanted peace, Russian President Vladimir Putin was pursuing war.

Against this backdrop, he said 5-Star leaders were attacking him with "hatred" and causing trouble for the government with its European partners. "(This is) an immature attitude that tends to create tensions and instability within the government," he added.

There was no immediate comment from 5-Star leader, former prime minister Giuseppe Conte. Earlier on Sunday, one of Conte's loyalists, Riccardo Ricciardi, said Di Maio had turned on his political family and should face the consequences.

5-Star is the largest political force in parliament after winning 33% of the vote in 2018 national elections. Its fortunes have however suffered since then as it lost its anti-establishment identity once in government.

Latest opinion polls put it on around 13% and it won barely 3% of the vote in local elections last weekend.

Di Maio blamed the rout on Conte, while the latter said 5-Star was paying a price for being in Draghi's broad coalition.

Party officials said he was lashing out because the 5-Star leadership had said it would enforce an old rule that its members cannot stand for re-election after two consecutive terms in parliament - a measure that would stop Di Maio from being a candidate next time around.

If Di Maio leaves the party, a band of supporters might follow him and create a breakaway party inside parliament, bringing fresh turbulence to Draghi's administration.